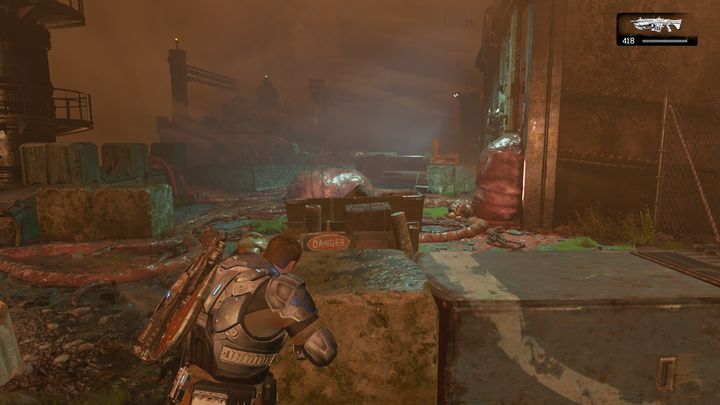 A fight with Scions during a Windflare is not a pleasant experience.

The Windflare is getting stronger, so you should keep moving. Cut through the chain by the passage to the right with your chainsaw bayonet, and after a short while you will be attacked. There will be two Scions amongst the enemy forces, and you should prioritize killing them in this fight. 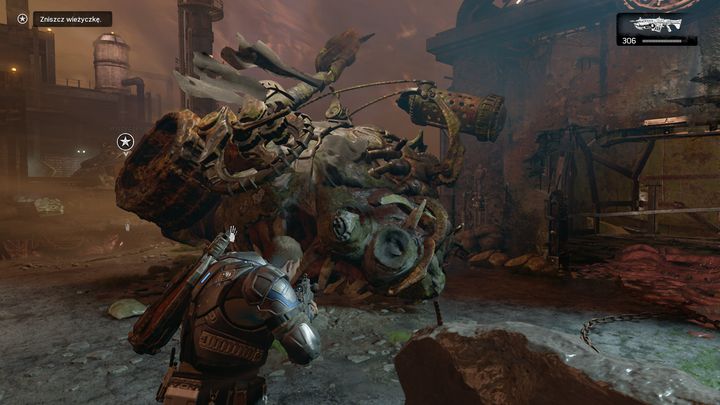 Operate the old siege engine and destroy the bunker.

Enter the building after the fight is over, and a short cutscene will begin. After it is done, walk a few meters and then go back outside. Take cover immediately, as a flying piece of metal can leave you without your head. The Swarm will greet you outside, and a while after that, you will encounter a heavily fortified turret. You have to approach the dead siege beast in your vicinity, and use it to destroy the bunker. 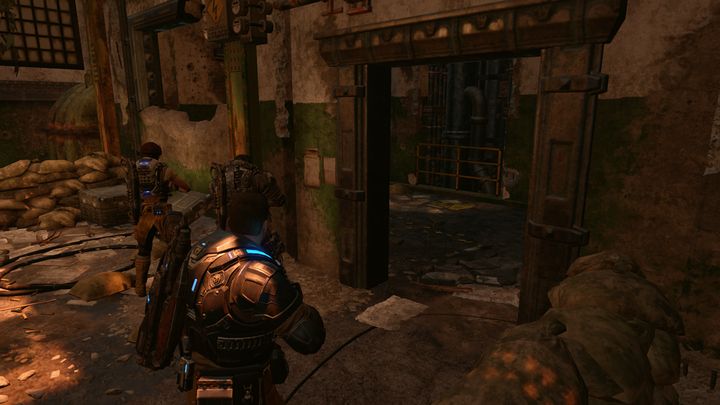 After you enter the station turn right and in a small room there will be an item for your collection.

After a successful bombardment, walk through the destroyed tower to the other side of the bridge. On the left side, there will be an entrance to another room, where you will be able to proceed. A lot of enemies will await you here, along with two nests, and you will find that destroying them is quite difficult, since grenades are not as reliable in the heavy wind.

At the end you will have to run a bit, through an area barraged by lightning bolts. Be careful not to get hit to severely, as the bolts can easily kill you.

After you enter the room, head right immediately and pick up a dog tag from the body lying by the computer.

A short run away there will be a panel, which should return power to the station. After the interaction turn right, and go through the door. You will walk a few meters, and will then have to pull another lever, which will allow you to clear the way forward by shooting at the exposed reactor cores. 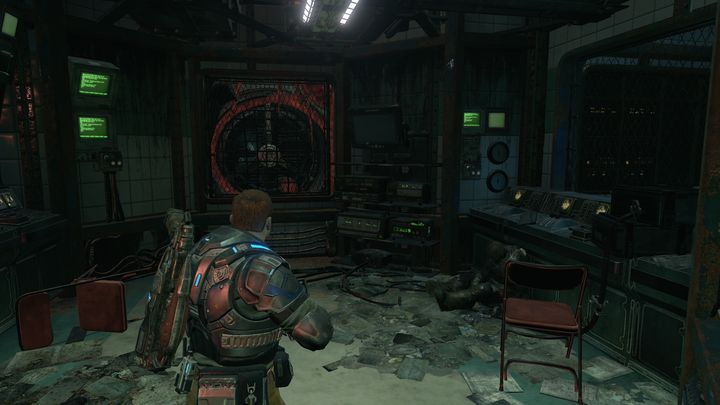 There will be a letter to collect in this room.

After a brief moment you will be passing by more bodies. You can find a letter in the vicinity of one of them, which is a collectible item. The corpse is in a tiny room to the right, behind a barricaded door. 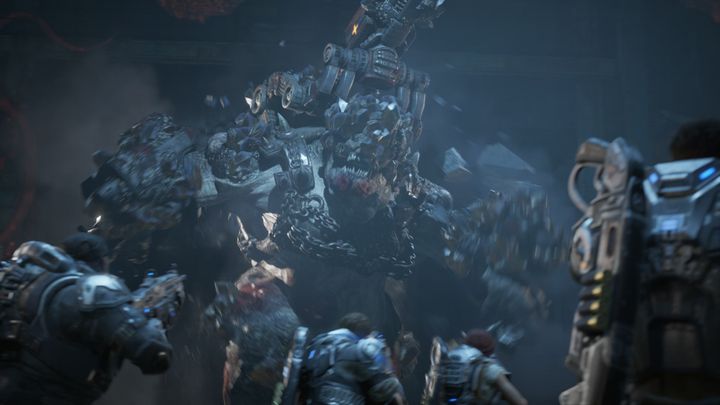 The boss fight. Not only does it have great firepower, but it also summons Scions.

Afterwards, only the way to the boss chamber will remain.

It will be a large giant, immune to regular attacks. The formula of the fight is quite simple. You have to pull the lever which exposes the electrical coils, and them destroy them. This way, segments of the beast's body will start glowing, which means that they are vulnerable to attacks. You now have to destroy them, and then move on to the next lever. You have to repeat this cycle until you kill the monster.