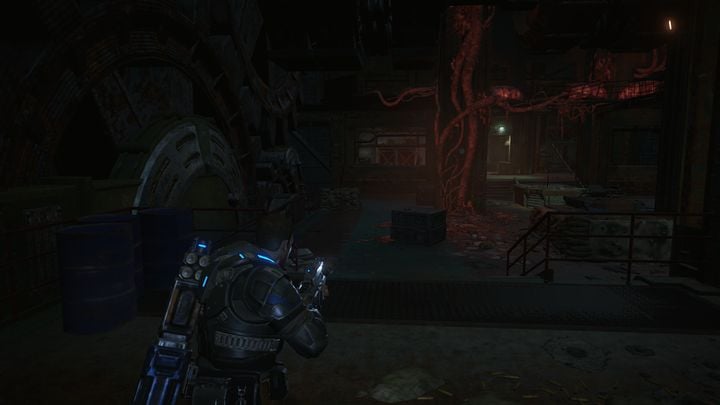 The elevator is within your sight, unfortunately, it does not work.

Keep moving forwards until you reach the elevator. There, it will turn out that it is not working, and you have to turn on the emergency power supply. Go back a bit and approach the big, red gate, which you have to kick open. 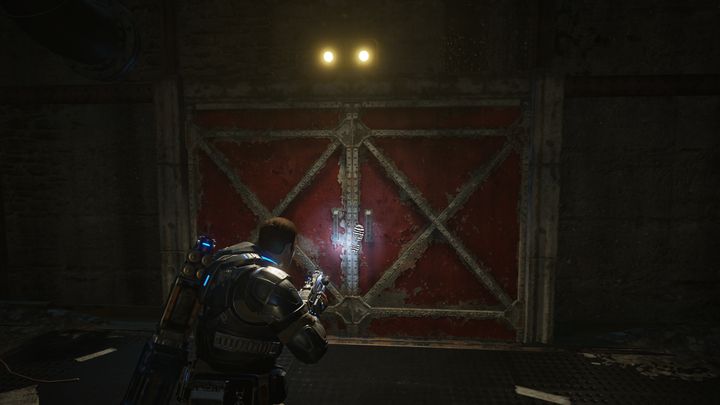 Behind this gate you will find the turbine activation mechanism.

Approach the turbine's mechanism and try to turn it on. It turn out that The Swarm has sealed the turbine, and you must first remove the slurry which jams it. After you bring back the power you have to return to the elevator, but several enemies will stand in your way. Cut through them, approach the elevator and try to turn it on. It will still refuse to activate and you will have to split up your team again. 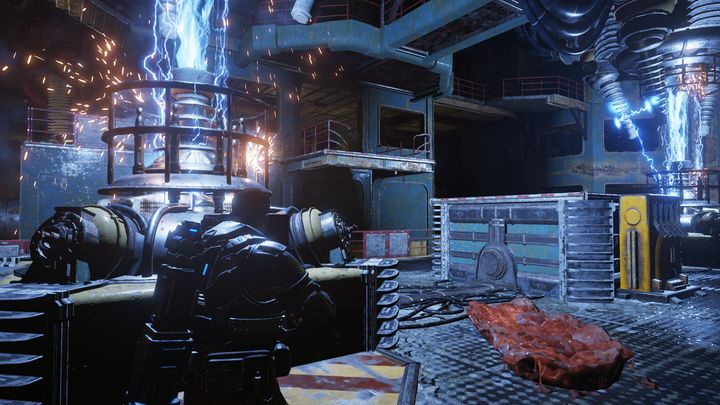 Combat by the generators.

When both generators are turned on, the team will again be complete, and you will be able to return to the elevator. The elevator will finally work, but it will not go very far, and will soon be jammed. 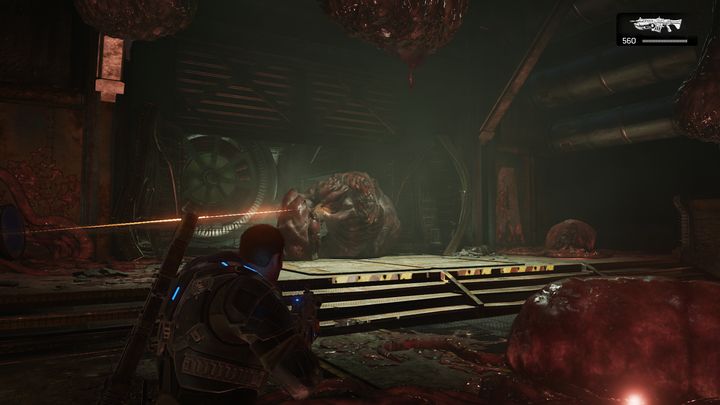 You have already met this guy. Shoot only when he is exposed.

In the next room, another fight with a Carrier awaits you. The Juvies, which will start emerging from the destroyed pods, will be a problem, but as long as you keep your distance, you should be able to defeat the Carrier with relative ease. Remember to attack his chest, whenever it is exposed. 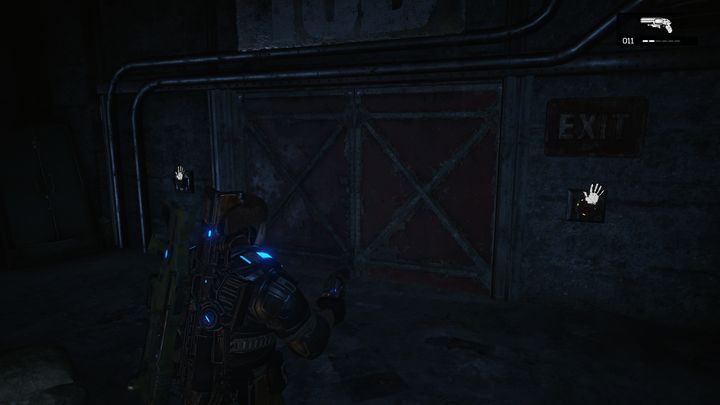 You will often have to open doors which require two people to activate them.

When you proceed, a passage through two turbines will be ahead of you. You have to pull the lever next to a turbine and run through the middle when it stops. In the next room, a fight with a more powerful representative of The Swarm will be waiting for you, but it will not be anything that you have not previously encountered. 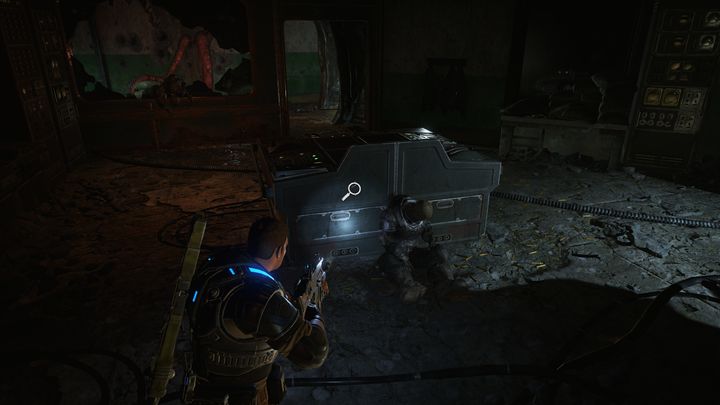 You will find a dog tag by one of the bodies.

Keep advancing, and you will find a room where Gears were trapped several years earlier. Amongst the bodies you can find one collectible dog tag. In the room with chains you will once again be swarmed by enemies. After you repel them all, keep moving forwards and turn left before the passage through a red doorway. There, you should find another item for your collection. 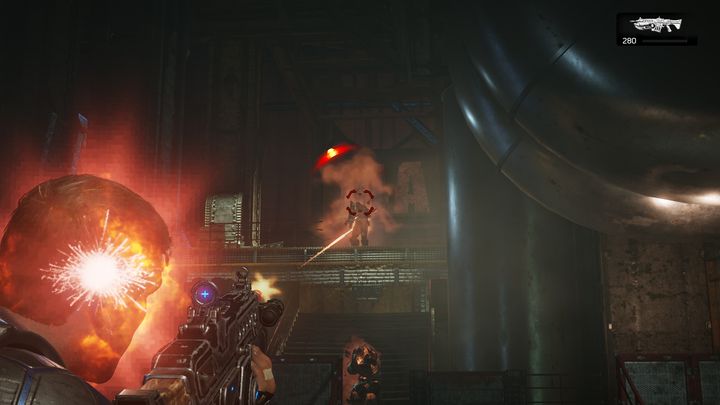 The fight with a Scion in the room with chains.

In the next room there will be even more chains and enemies, and additionally, a Scion. It is best to kill the weaker enemies first, and take care of the tougher one later. When you defeat it keep moving forwards, and your team will split up after a moment.

After you climb the first ladder, you will be immediately attacked by a Snatcher and several Drones. Of course the Snatcher will appear at the end, allowing you to e.g. pick up a bow from one of the enemies.

When you slaughter all of the foes, go back inside and follow the corridor until a cutscene which ends the act appears.