10 players in two teams play against each other in various types of matches:

Team deathmatch - the most basic game mode. Two teams fight each other on maps that they vote for. The match is over when all of the enemies are killed. Each team has an overall respawn limit - try not to die too often, because it prevents all of the team from respawning. When you die, you can change your default weapon.

Warzone - one of the typical modes in FPS game championships. You only have one life in a round. Aside from that, it is the same as regular team deathmatch.

Be default, the respawn limit is set to 15 and the match ends when a team wins twice.

Dodgeball - Every player is important in this mode. When an enemy dies, one of your teammates gets respawned. Because of that, victory is possible even if you're left alone against five enemies. Being a sniper in this mode is a good choice - it lets you get an advantage when your team is outnumbered.

A single round takes 5 minutes, a team needs to win 4 times to win the match. 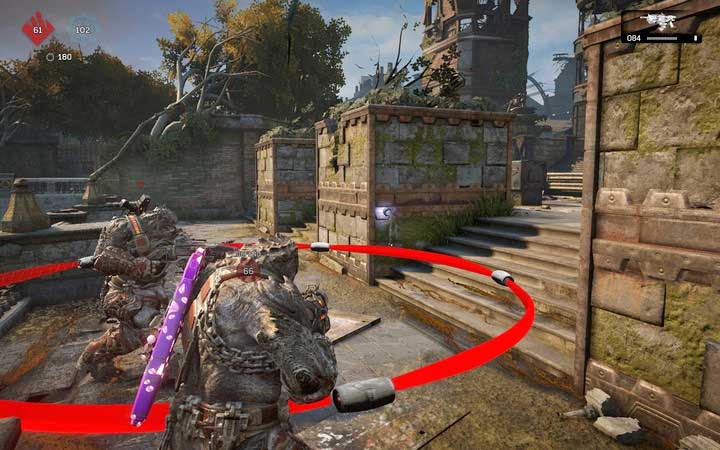 In this mode, you need to stand in specific places marked with a circle - an enemy who does that can be easily eliminated with a grenade

King of The Hill - this mode is well known from games such as Battlefield. It is universally liked - you can get an incredible amount of points in a single match, however a single match can last up to 30 minutes if both teams have a similar skill level. In this mode, you need to take over or hold tactical points on the map. There is only one place like this at a time and all of the players fight for it. After a short while, it disappears and moves somewhere else. When one of the teams occupies the point, they keep getting points until the enemy takes it over or the spot moves somewhere else. The match is over when the number of points reaches a certain level.

By default, a team needs to get 180 points and win 2 rounds. 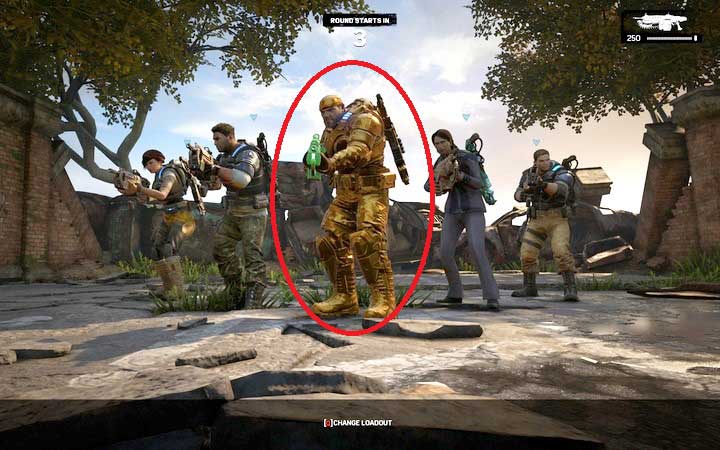 The leader is easy to spot due to golden skin. One is selected randomly each round

Guardian - quite a peculiar mode. One player of each team becomes a leader - he is easy to spot because his armor becomes golden. Team members can be respawned as long as the leader is alive, therefore finding and killing the enemy leader becomes the main objective. The leader does not receive any bonus, so hiding from enemies - especially snipers - is crucial.

To win a match, a team needs to win 3 rounds.

Arms Race - in this mode, you can discover all available weapons. Each team receives the same starting weapon. When you progress (by killing 3 enemies), your weapon will be swapped.

The team who gets to the last weapon in a specific time, wins. The match consists of only one round.