Available achievements: But You Can't Pick Your Family, As If Snatchers Weren't Bad Enough 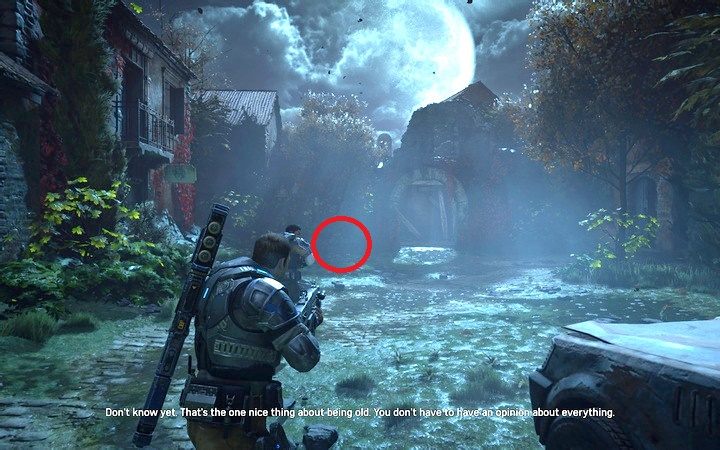 You can find a COG tag in the bushes, near the stone arch

When you enter the city, walk into the bushes on the left, behind the car standing in the middle of the area - you will find a COG tag there. The next collectible is a book located near the fort entrance - when you pass the scattered intestines, turn right and walk towards the wall in front of you. That's the entirety of Act 3:1. 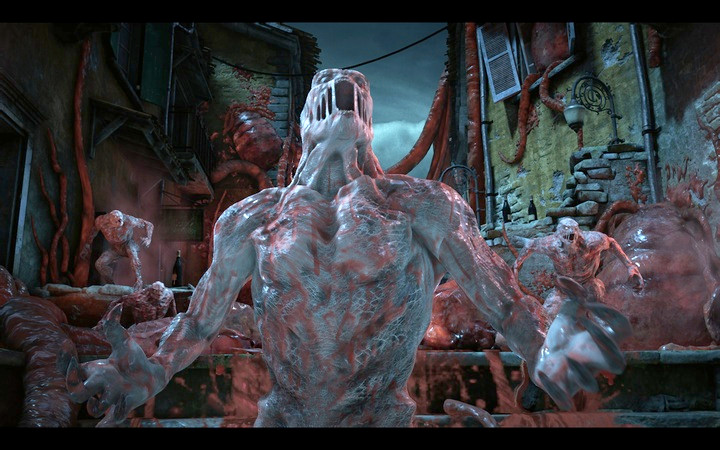 The new enemies are not strong, but they're really agile, so hitting them might be difficult

In Act 3:2 you will have one less teammate. There are no robots, just the mutants emerging from red snot - try not to destroy it. The monsters are not too tough, Lancer's chainsaw can handle them pretty well.

After you exit the building (and one of the monsters grabs your hand), you will find documents on your left, near the car. 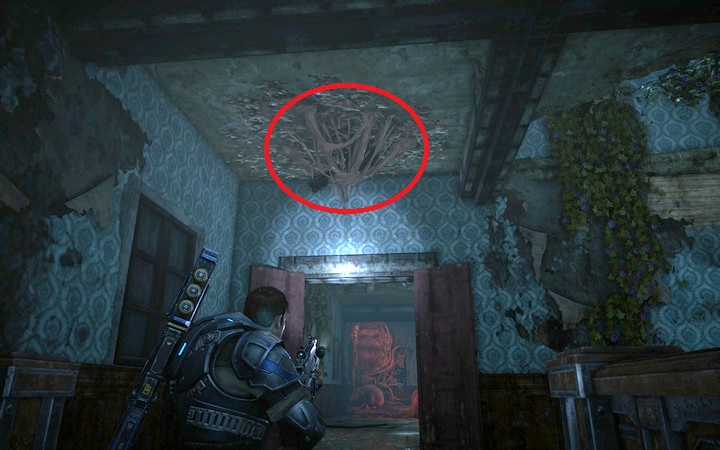 In the next house, your teammate will tell you about a gun hanging from the ceiling. Collecting them can grant you the But You Can't Pick Your Family achievement. You need to find 5 of these guns - another one is above the stairs you took to get here, but it does not count. You can load the last autosave and repeat to get the trophy in this area. 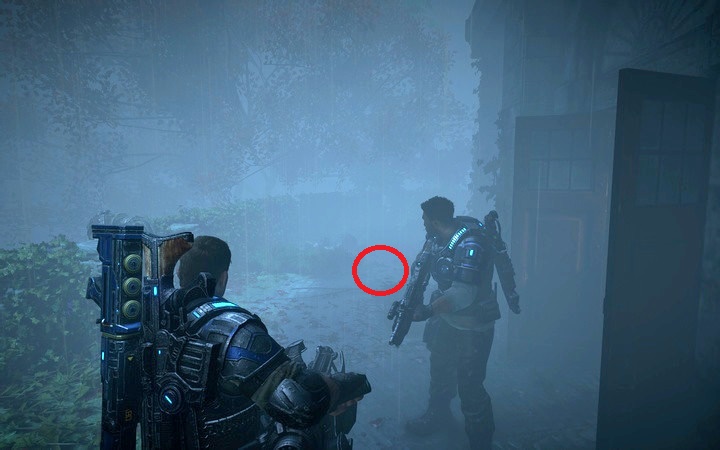 You will find two more secrets in a moment: after you leave the building, look right - there is a COG tag on the ground. After you defeat a small wave of mutants in an area with a statue in the middle, look left - there are documents on the table. 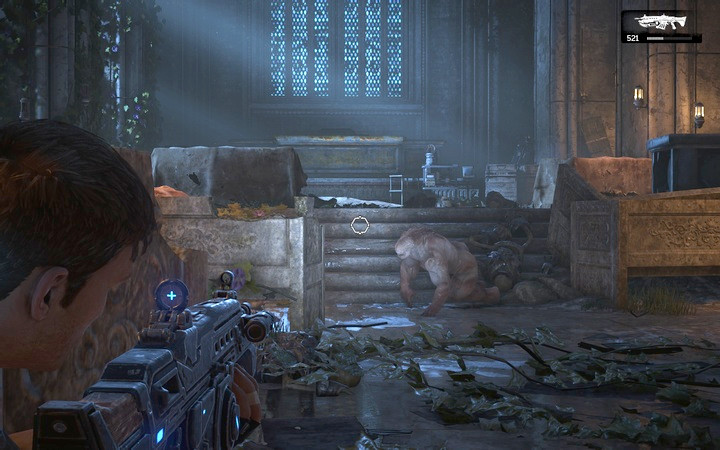 You will enter an area with new enemies. They are still intelligent, tough mutants. They use weapons (Lancers and Hammerbursts which shoot bursts of 3 bullets, much more accurate from a distance). Remember one crucial thing - if you don't shoot their head with a powerful weapon (sniper rifle, EMBAR, point-blank shotgun shot), you need to kill them after they fall down. 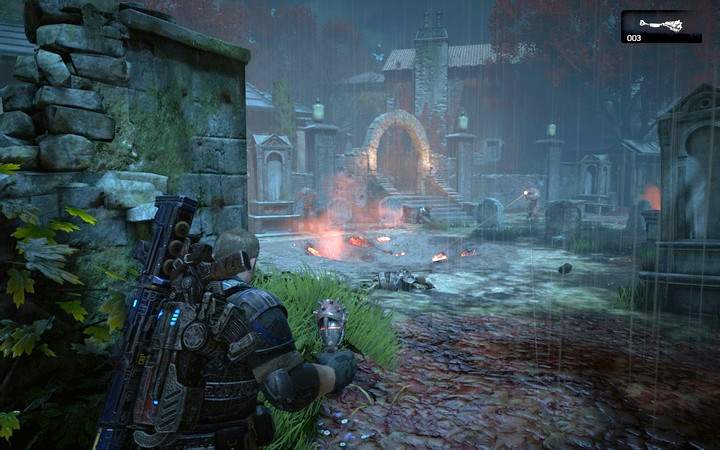 Use frag grenades to destroy the mutant nests

The last part is the cemetery. When you locate the shiny mutant nests, use grenades to destroy them - if you don't, the enemies will keep emerging from them. Sometimes you can find a grenade or a weapon in a nest. You need to destroy three of them. 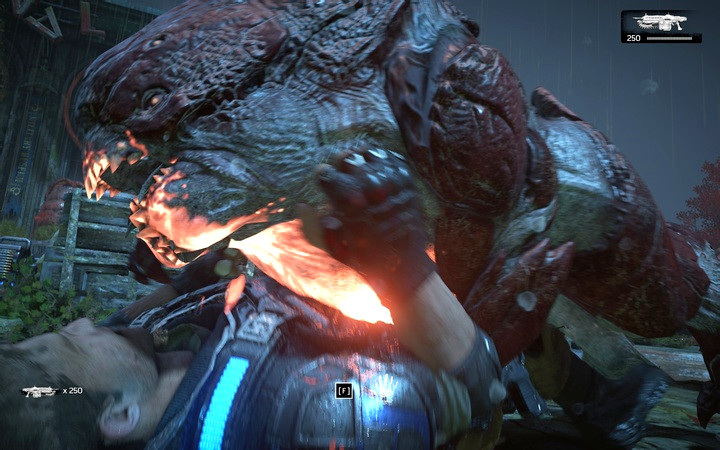 When one of the monsters attacks you, press the attack key as soon as possible to break free - a teammate might help you as well

The final part of this area consists of fighting armored monsters. Try to stay at a distance - they can shoot spikes or rush at the player. If you don't escape the mutant, it will rip your head off. Shoot under their bellies, at the glowing area with no armor. Grenades are good for that, unless the enemy jumps away.

Finally, enter the museum, cut the tissue that blocks the entrance to the control room and call the cart. Finishing this area unlocks the achievement called As If Snatchers Weren't Bad Enough.