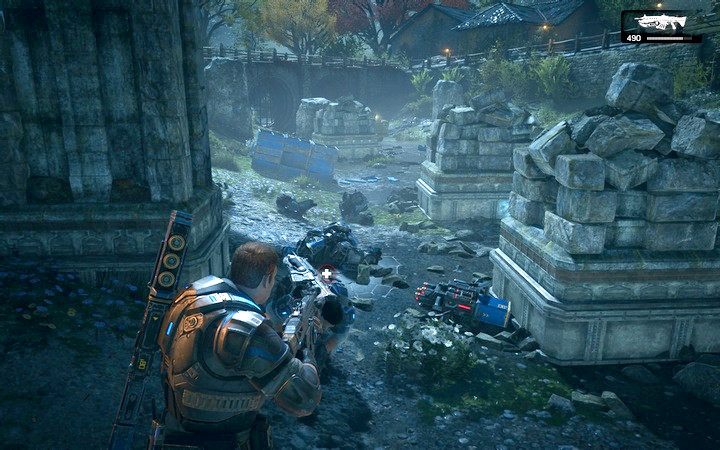 The robot's rocket launcher might come in handy - be careful though, because the rockets are rather slow

Destroy some robots, keep your distance. One of them carries a very useful rocket launcher. Pick it up when you get rid of the robot, but don't waste the ammo. A chopper will arrive in just a moment - the launcher is perfect to damage it. 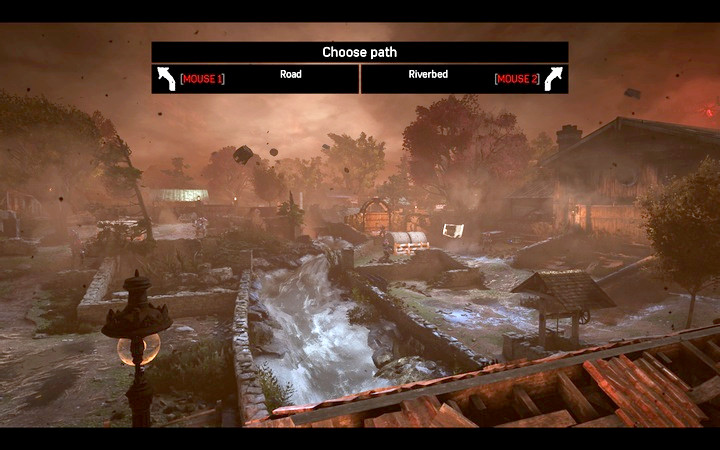 You will reach a crossroad - the path you choose does not matter that much, none of them is easier. When you get rid of your enemies, you will be able to cross the river and help the other group. Some of the enemies will carry EMBAR guns, you will also encounter some heavy ones and Guardians with turrets that can be used against the enemy. 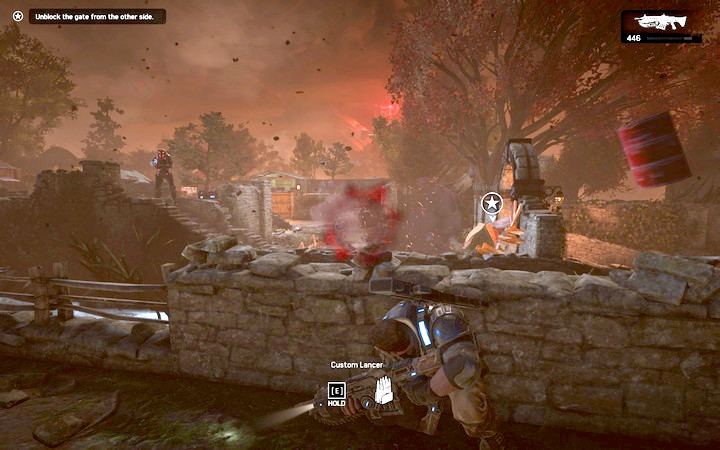 Use the environment - exploding barrels, pipes and stacks of hay can hurt or kill some opponents

Using the environment is a good idea - all orange barriers can be shot down, dropping explosive barrels and haystacks on the enemies. Because of that, it's easy to get the Gone With The Windflare achievement here for eliminating 15 enemies using the environment during a windflare. 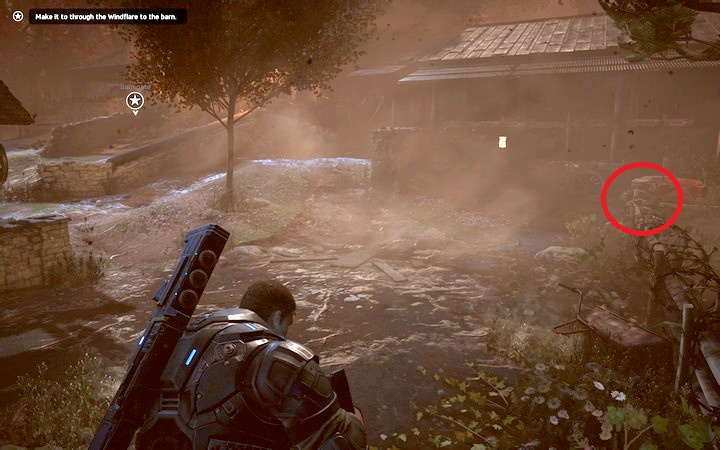 When the fight is over, you can collect two secrets. One of them is right behind the entrance to the right path, in the corner, behind the red tractor (figure). The other one is at the end of the left path, near the back of a broken blue truck (newspaper).

Approach the gate with your team. The last part is an arena with lightning. Be careful, since the bigger, brighter ones can kill you instantly. The level ends when you reach the stable. 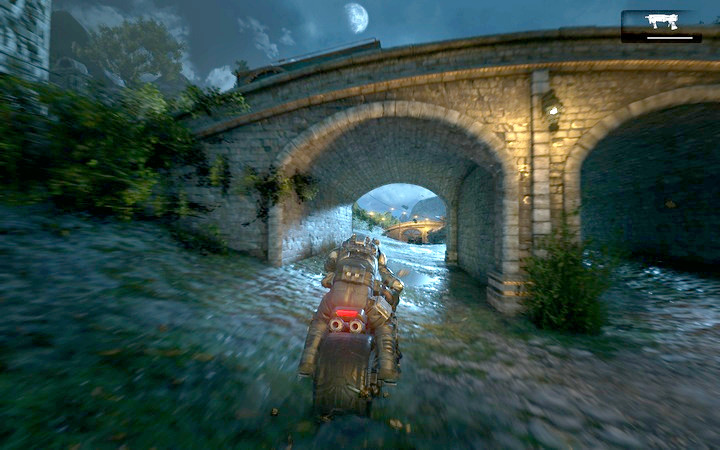 Riding motorcycles is a separate subchapter of the third act

A calmer, more relaxing moment at the end - a simple level where you ride a bike, just avoid the obstacles. A bit later, a chopper will arrive. You can shoot it as much as you like - you have unlimited ammo. It is a separate chapter, when you finish it, you will reach the fort. Finishing this task will give you the Jinn's Overreactinon achievement.