Available achievements: When it Leads to War 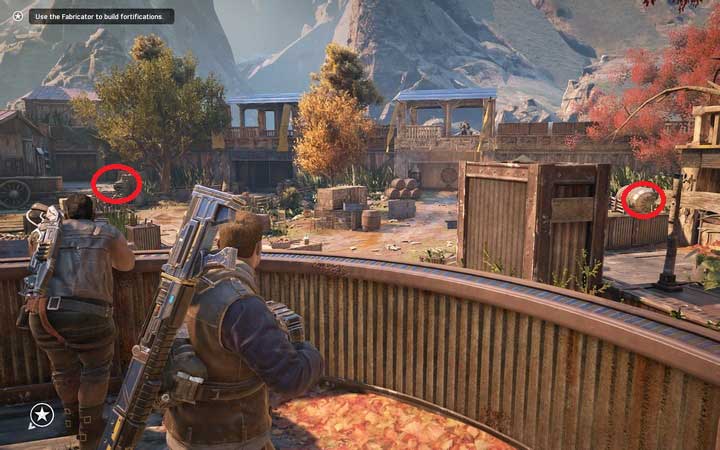 The last phase assumes fighting back three waves of opponents, using fortifications. However, before that, find collectibles. As long as you do not start fortifying yourself, you have time. The poster is on the pillar, next to the Fabricator. Then, approach the main gate At the tree, there is a chair and a book next to it. Then, go to the side. Next to the water mill, at the red tree, next to the chunks of wood, there is a document. 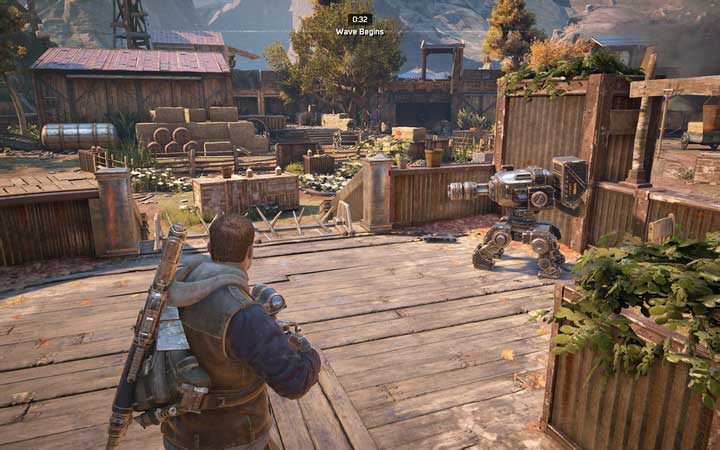 You can choose from three defensive structures: Barrier, MG Sentry and Shock Sentry. The barrier slows down opponents in a given spot and it is perfect against that try to explode close to you. The MG sentry has a long range, is powerful and has high rate of fire. The shock sentry is good for short range and it is effective at destroying robots. Your energy supply is not too high, so you cannot build any powerful fortifications. Still, it is a good idea to deploy barriers and turrets by the elevation approaches, thanks to which you slow down opponents that you had no time to destroy over long range. Both types of turrets should be deployed in corners, behind the walls, which prevents the enemy from destroying then at long range. Barriers should be deployed before the turrets and in spots where you (or your allies) can take down slowed down opponents.

You should especially pay attention to the spherical robots. Their main objective is to destroy your defenses, which they are exceptionally good at. You can look up the status of your defenses in the tactical view, where you can view statistics concerning kills - performance of defenses. 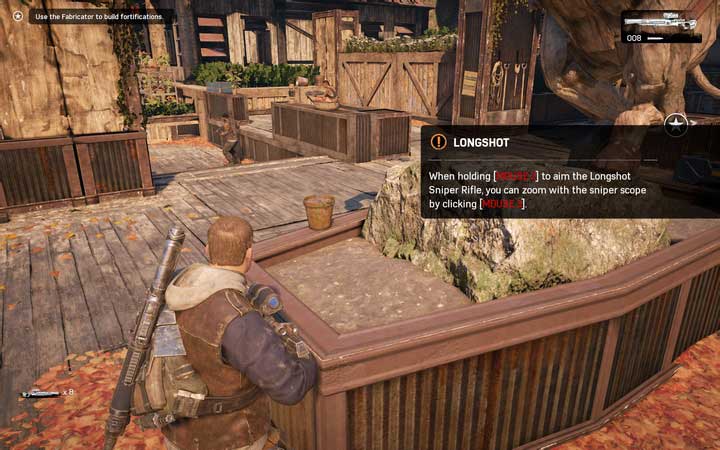 The sniper rifle may come in handy. Its only downside is the low rate of reload.

To complete the stage, you have to defeat three waves of opponents. It is a good idea to use one of the available weapons - Longshot and Retro Lancer, which you can find lying around near the fabricator. Also, collect grenades and use them abundantly. After each wave, remember to build more defenses or prepare more ammo for your favorite weapon, or grenades. It costs you just as much points, so invest them either in the defenses or in your weapons.