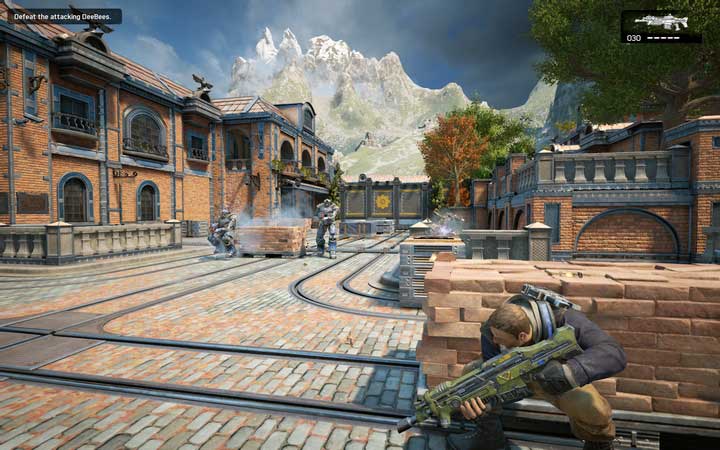 At the beginning of the stage, you will have to deal with DB DR1. Those robots are more resistant than the weaker versions. If you have on you Shock Grenades, use them! Just save one for later! You should know that the robots jump over covers, so keep them at bay. Also, they tend to dash up to you when they are short on health and explode. There is no point in taking their weapons, because you will later have problems finding ammo. 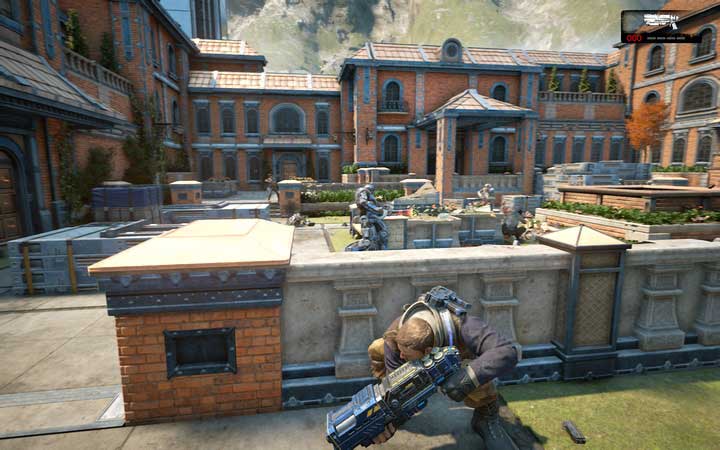 On the second arena behind the building, the situation is similar as before, just more robots will come. After you defeat the first wave, a robot with minigun will arrive - use the last grenade you have saved to destroy it. Then, grab the weapon. To use it, you gave to deploy it on any wall lower than you; you should have enough ammo to deal with the rest of the robots. 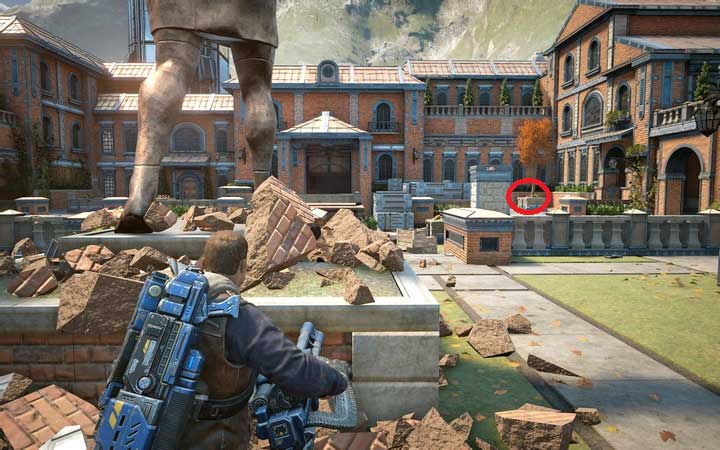 The only collectible in this stage is in the arena, at the orange tree in the corner.

Go now and carry the crate. Before you go past the golden statue, turn around, look right and walk over to the wall opposite - you will find a collectible there. 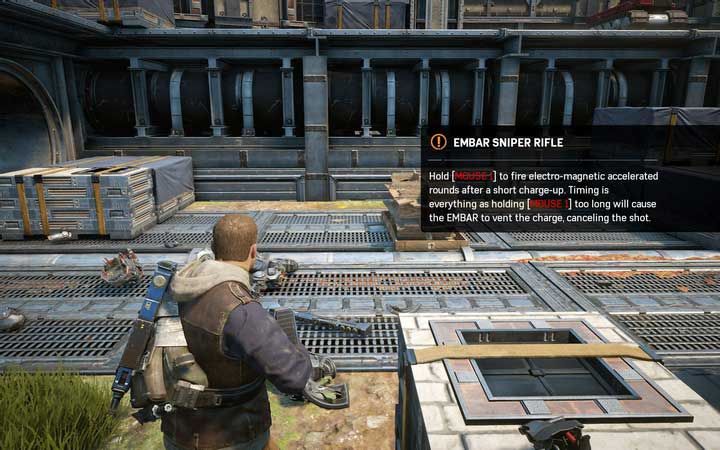 EMBAR is not a sniper rifle per se (no scope), but it is accurate and powerful

The rest of the stages are the same. Remember to use the fabricator, mainly to assemble shock grenades. The course of the action will change a little, when you run into snipers. It is easy to figure out the moment at which they take a shot, so approach as close as possible, to perform a quick elimination. Their weapons, EMBAR, are a most powerful, they do well over both short and medium range. The catch is, however, that they require to be reloaded - when the crosshair goes red, release the shooting key. If you hold it down for too long, you will gave to wait for several seconds before you can take another shot. 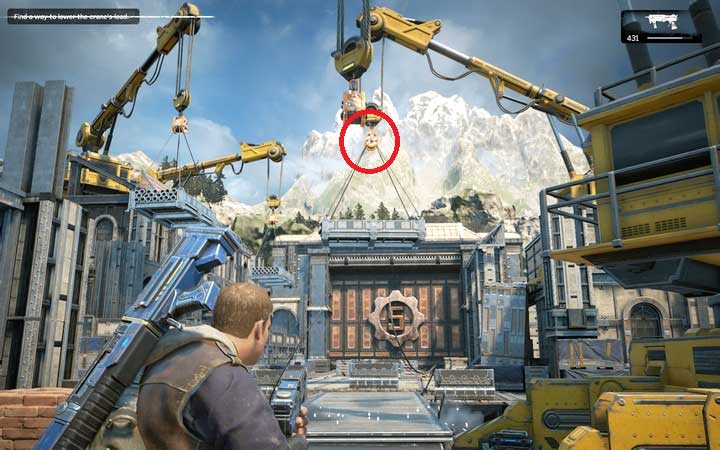 Climb to the upper floor and shoot down the pulley of the crane to form a bridge. Note that there are two more pulleys like that, above the spot where the opponent is. Use them to destroy several robots the easy way. However, do not cross the bridge and allow the opponent to approach you. As soon as you approach the gate, this stage will end.