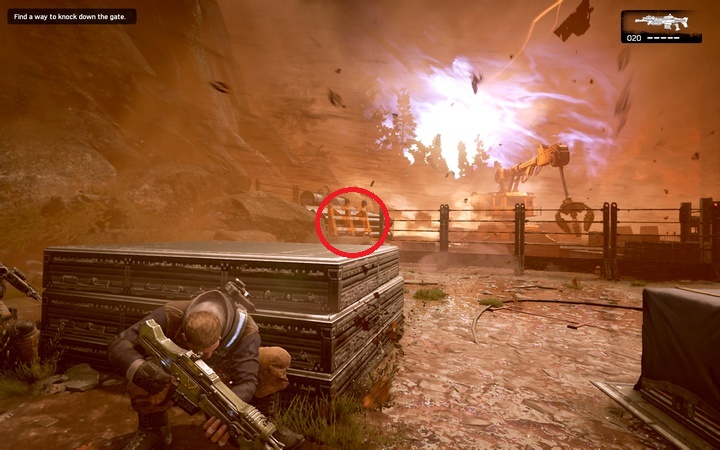 While struggling up the wind, watch out, because it carries various objects and getting hit with a piping fragment may hurt. Also, grenades and rockets are affected by the wind. Fortunately, you do not have to fight here. The only thing that you have to do is approach the crane and destroy the gate fragment that holds it all together. Right past the gate, on the right, around the corner, you will find a document. With the rest of the team, hide in front of the crane and wait. 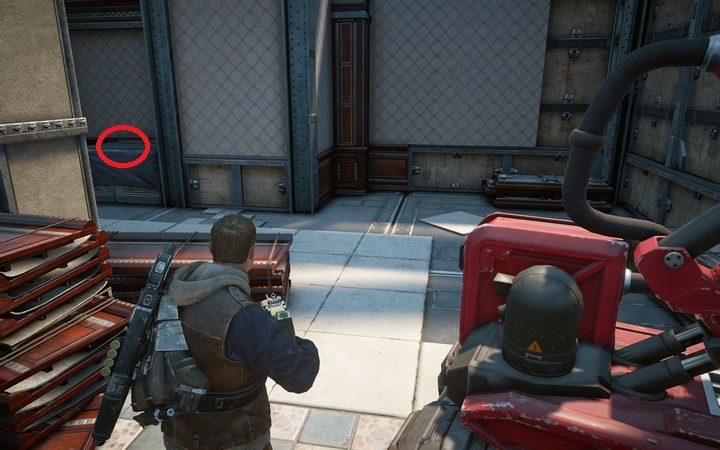 Magazine at the end of the corridor

Follow the path along the town under construction. As soon as you enter the building, where you can see a huge yellow robot across the window, cover two rooms, but do not jump down yet, behind the pillar, there is a magazine. Jump down after you have collected it. 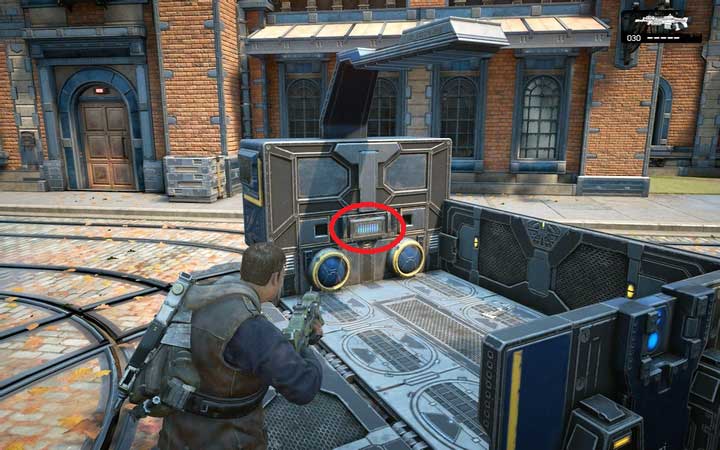 You will face a small group of robots. Be prepared and equip a grenade to eliminate them fast. Watch out, however, because they explode after they die and they deal some damage to you. You can find additional ammo for your primary weapon (among others) in the vehicles that the robots arrived here on. It is a good idea to fight them with their own weapon - Shock Enforcer, which you can use instead of your shotgun. In the vehicles that they come on, you will always find an ammo crate. 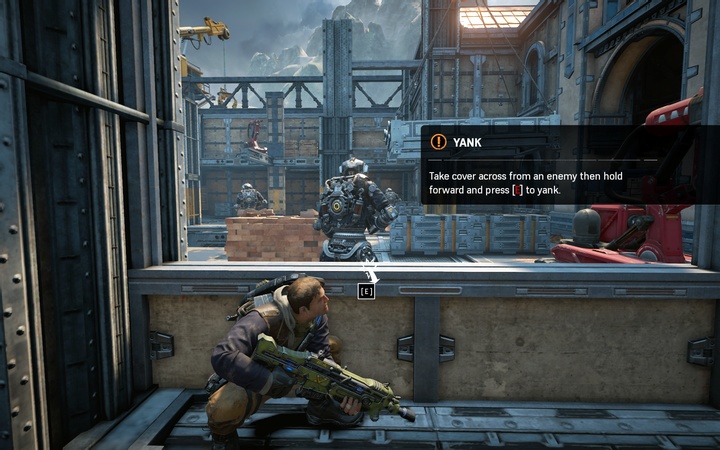 After you cross another door, the tutorial will tell you to take cover and lure the opponent behind it. Then, perform execution. However, this is not always the most reliable form of attack, because you can never be sure that the rest of the opponents didn't hear you.

On the next arena, you will fight against spherical robots. Try to blow them up before they come close. If you fail and such a robot comes close to you, it is better to eliminate it with execution. As one of its attacks, the robots explode and leave a temporary magnetic field that paralyzes you, which is why it is better if they explode away from you. 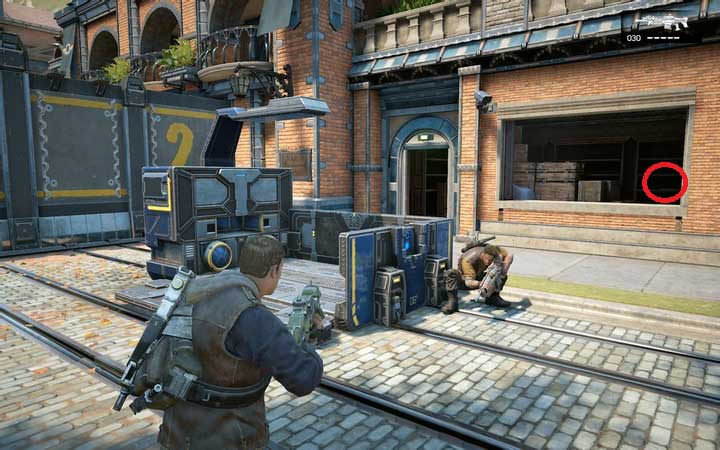 A map in the building at the gate

On the arena with gate marked as "2", after you defeat the robots, after you cross the door at the gate, walk into the building on the right. On the shelf, there is a map. You will have no problems finding another collectible - after you enter the hospital building after the cutscene, turn right at the window and enter the corridor. On the table on the left, at the beginning of the corridor, at the poster with a mother and child, there is another collectible. 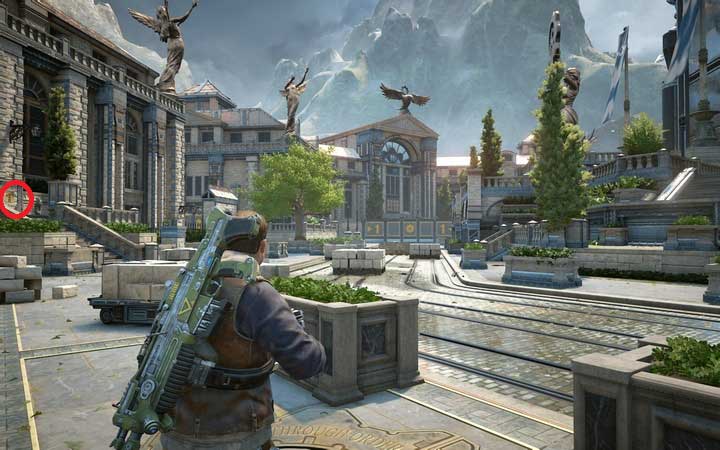 After the fight in the yard, you can collect the poster on the left, at the building entrance

After you leave the building, regardless of whether the spy robot spotted you or not, you will face several robots. After you have cleared the area, look left onto the wall and the entrance. Next to the door, there is a poster. As you walk on, gate 1 will be crossed by a big group of DeeBee (6 robots). After you have eliminated them you can try and hide behind the pillar on the their left. For now, do not attract attention, thanks to which you will be able to attack them from behind, where their shields will be useless.