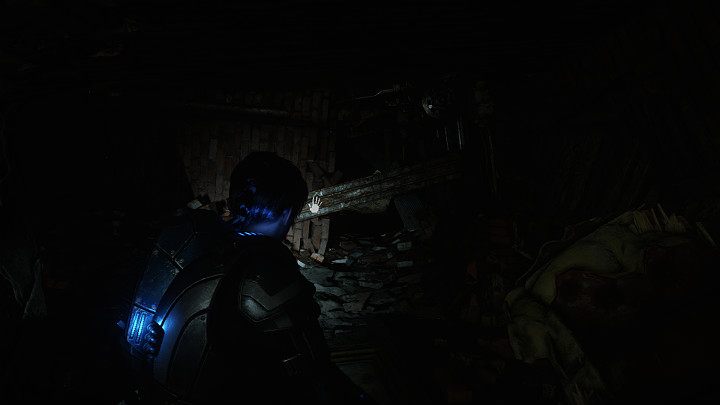 Coalition forces fight for survival, defending New Ephyra from a massive Swarm attack. Exit the collapsed building - the correct path leads through the darkened room presented in the picture above. Raise the steel beam. 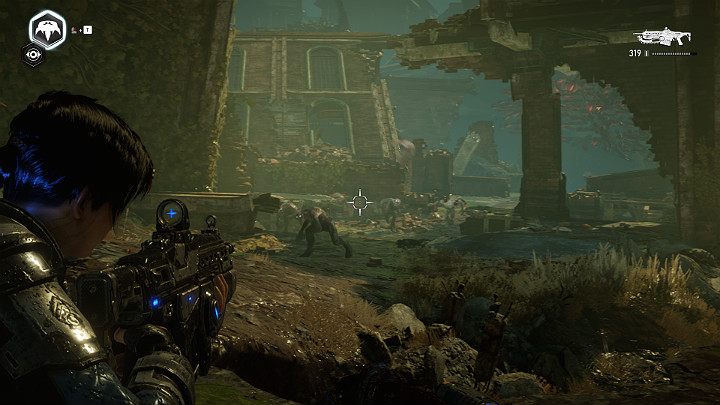 As soon as you leave the building, you will be attacked by other enemy troops. Deal with them and continue the mission. 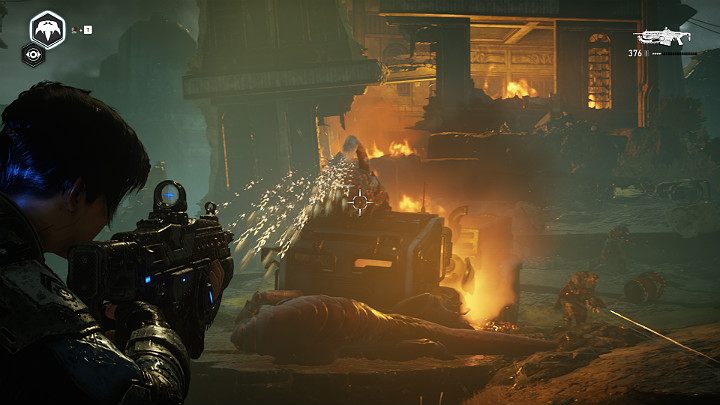 You will find another squad. This time, in addition to the regular soldiers, you will have to defeat several jumping opponents. Remember to avoid their projectiles. 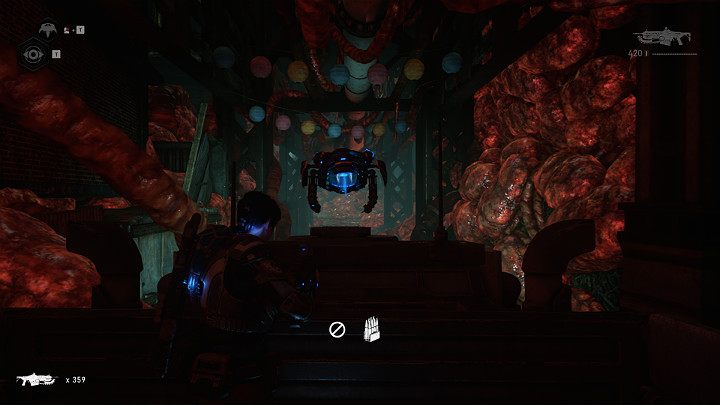 While you are riding in the back of a military vehicle, you can try to eliminate the enemies or crouch and wait until you arrive at the specified location. 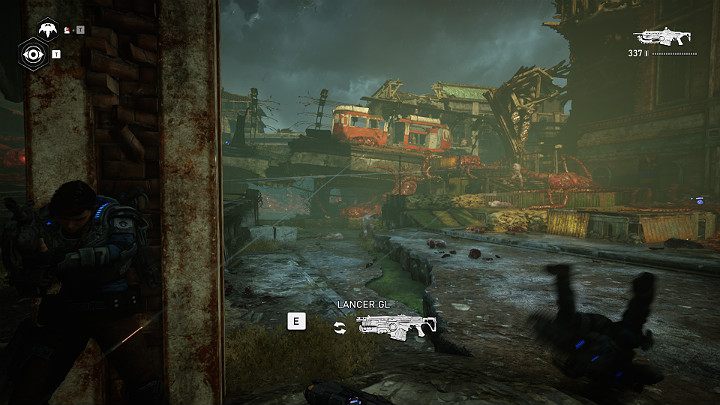 When the further road is blocked, your team will have to deal with another enemy squad Pay special attention to the snipers hiding on the bridge. 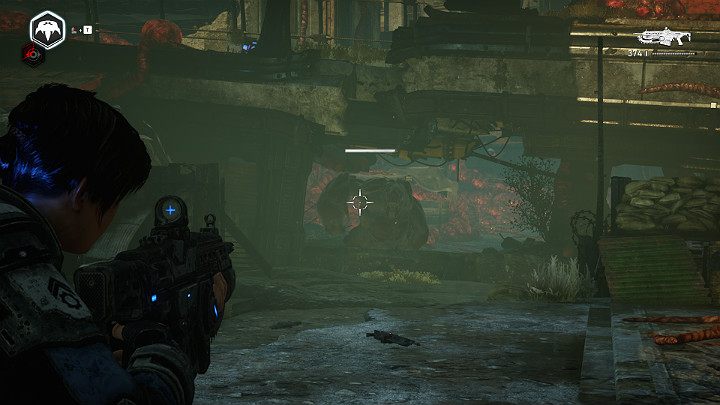 When the fight is over, you will face another opponent - Courier. Keep it at a distance and watch out for Leeches that this enemy will shoot at you. After the battle, return to the truck. 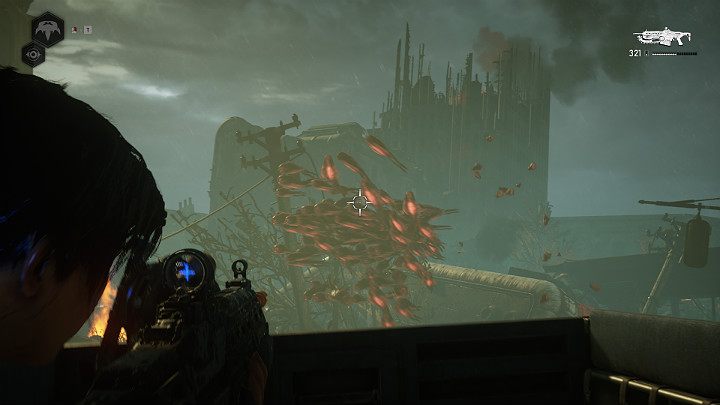 During the ride, you will face more opponents. Try not to let the Swarm Leeches get near the truck. 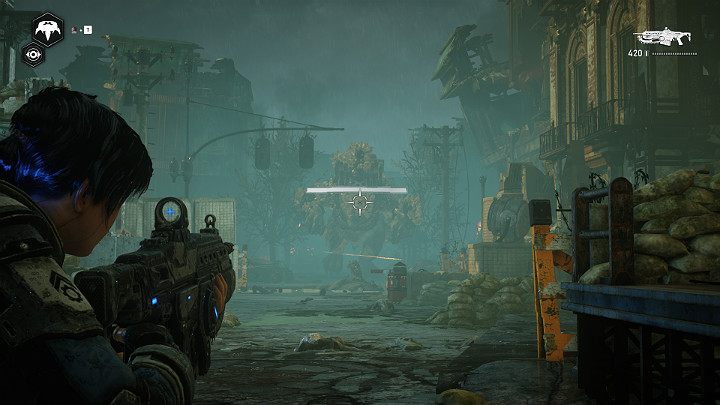 When you get to the camp, you will have to fight with another giant. This enemy has no weak points, so just grab a turret and keep shooting at the enemy until the reinforcements come. 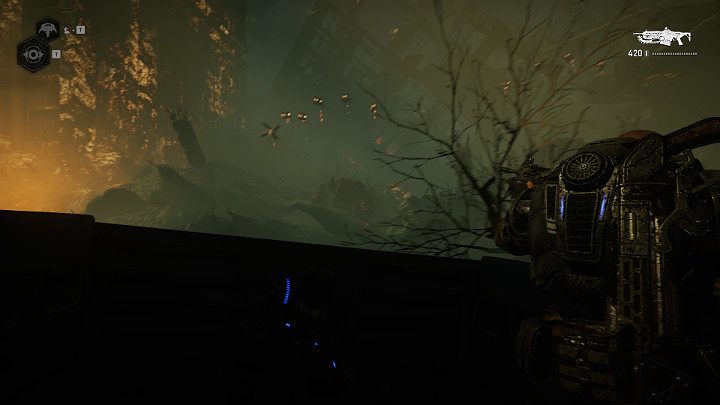 When you are riding to the next camp, it is best to crouch and keep your head down. You will pass a lot of enemies. 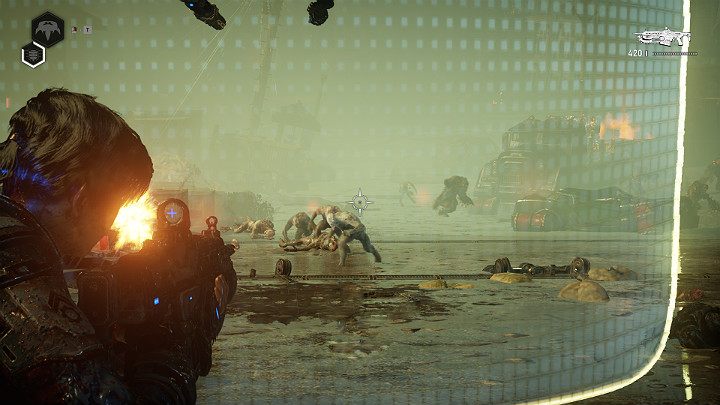 When you reach the destination, you will fight with enemy units. Jack's shield will be very useful in this battle. You must hold out until reinforcements arrive. 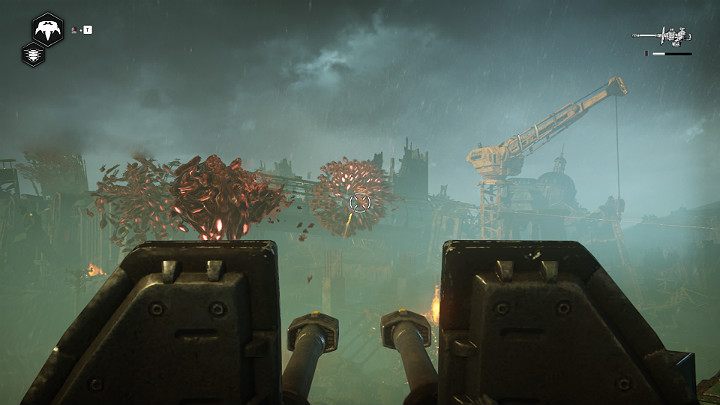 Climb up and use the turret. Your task is to protect the wall. Remember that the turret can overheat if you fire from it continuously. If that happens, you need to wait a bit before you will be able to use it again. The weapon overheating bar is located in the upper right corner of the screen. 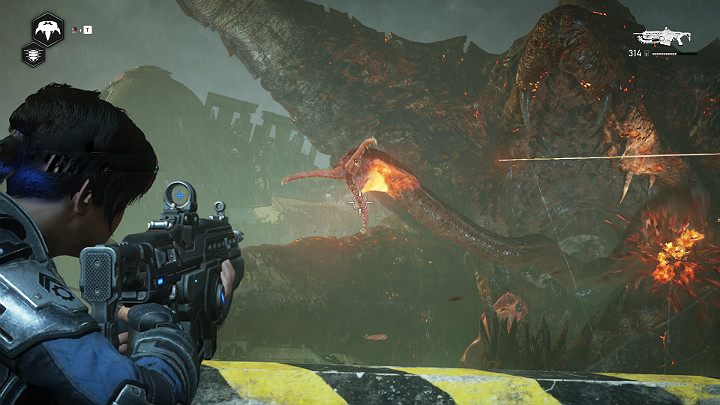 The last enemy, Kraken, will appear. In the first stage of the fight, you need to shoot its tongues. When Swarm Leeches appear, focus on them. 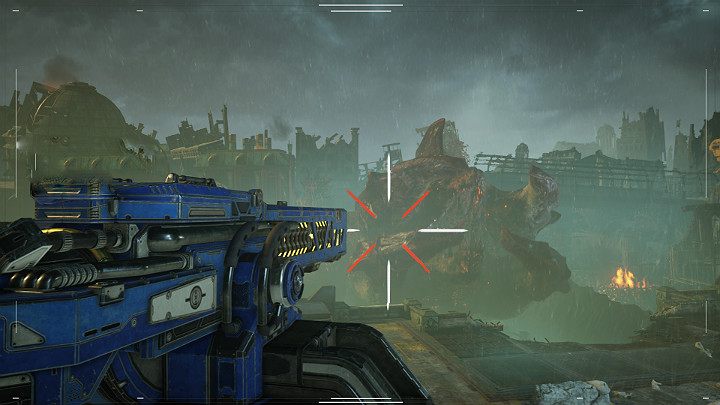 When the electromagnetic cannon is charged, go to the console and aim at the Kraken. You have only one shot, so it is best to shoot at the moment when you receive such a command on the radio. 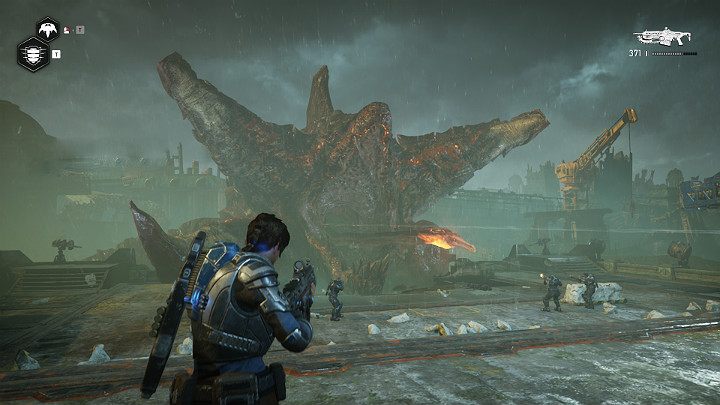 After the shot from the electromagnetic cannon, you will begin the second phase of the boss battle. The monster will start to suck everyone into its maw - you have to shoot right in the middle of its maw to stop the attack. Then, focus on eliminating the tongues. 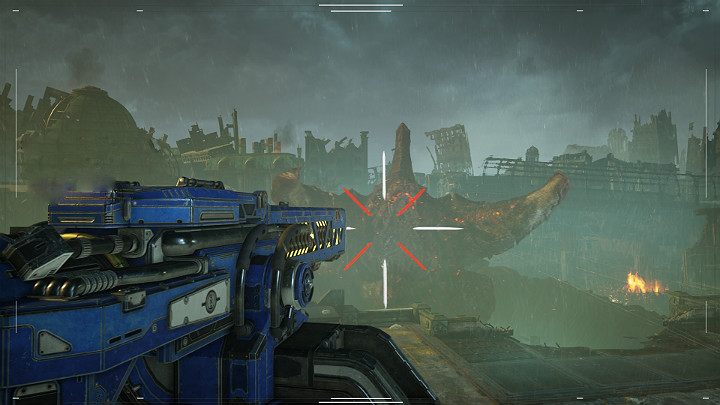 It is time to take another shot from the electromagnetic cannon. Remember to aim well. 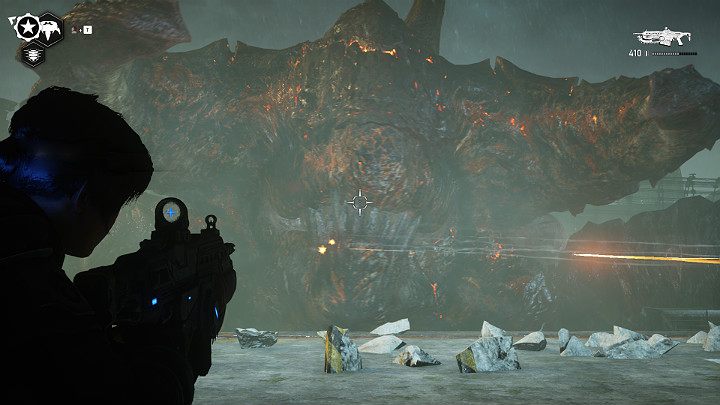 After a while, you will receive instructions on the radio - return to the armory. Go back a few steps and watch the last cut-scene in Gears 5.