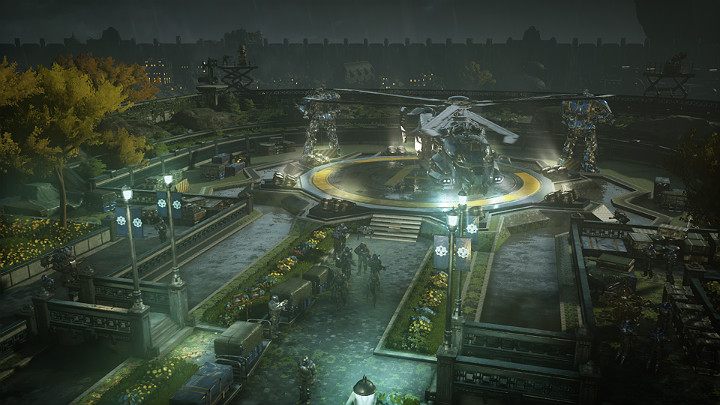 The Hammer of Dawn is active again and the Delta team is sent on an urgent mission. You start in the city of New Ephyra. The peaceful city was captured by enemy hordes. Together with your team, you have to leave the building and fight for the future of the world. 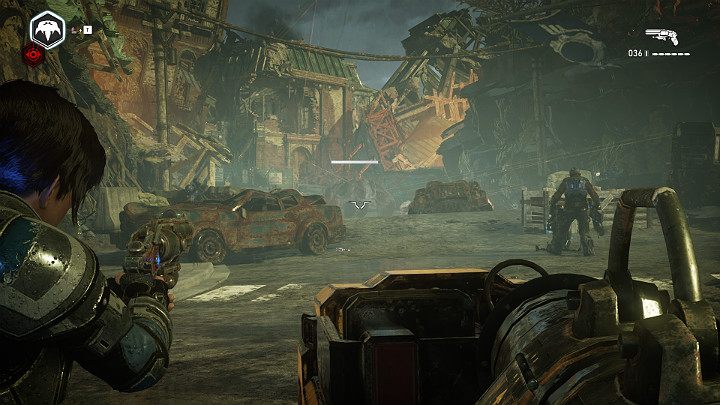 The first opponents you face are Couriers. Keep them at bay and wait for air support. You should be able to defeat them fast. Move straight. 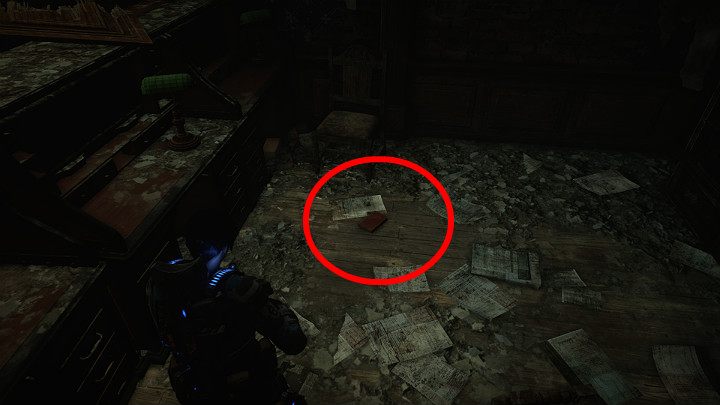 Use the help of the mech and enter the ruined building. Move forward, go down the stairs and collect the first collectible - Encyclopedia of Tyran Military History. Go further into the building. 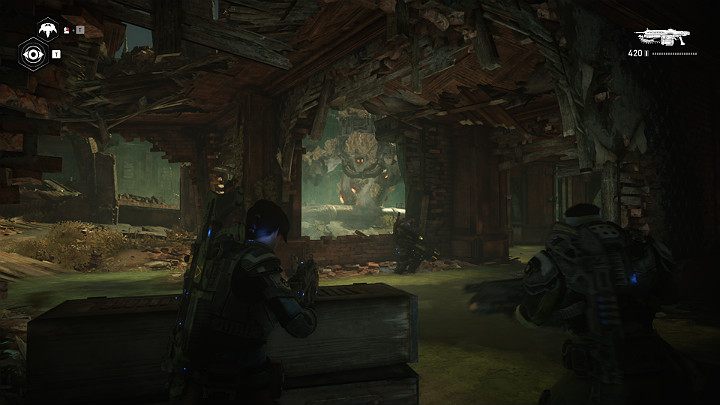 Remember the boss from act 1? You are about to face the next representative of this species. Remember to aim at the fire dots on its body. Beware of machine guns and rocket launchers used by the opponent. It is best to stand in the center of the building and shoot from a safe distance. 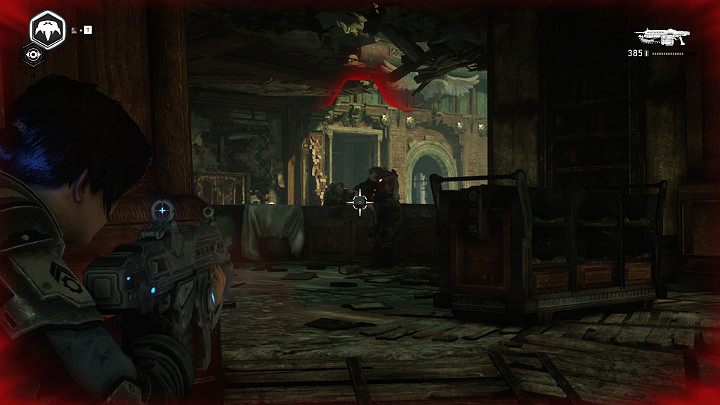 Go and get rid of Swarm, who barricaded itself in the next building. The opponents are armored, so you have to shoot a lot of bullets at them. There is even one crystal warden among them. Remember to replenish your ammunition after the battle. 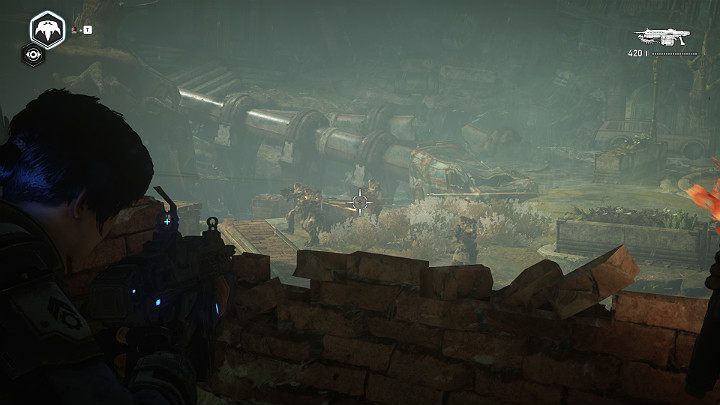 When you manage to clear the building, and one of the lasers is deployed, you will have to hold the position for a while and repel the enemy attack. During the battle, you can use the laser and mark the area for bombing. 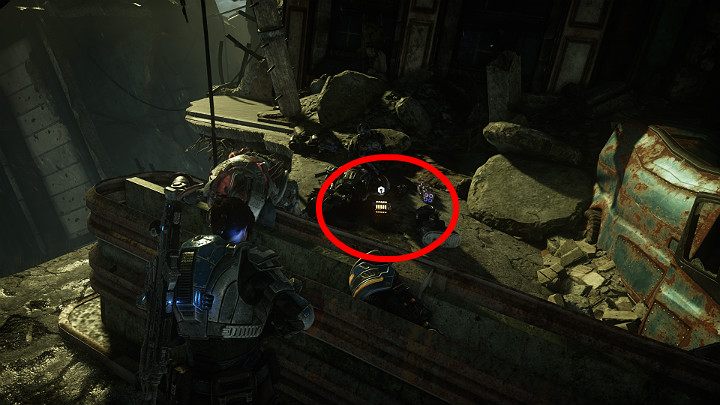 Once you exit the building, go right. On the left, you will find another collectible lying on the ground - Ruptured Gear Helmet. Turn around and look at that barricade on the right. Pick up the component lying on the ground. Collect it and go back to the mission. 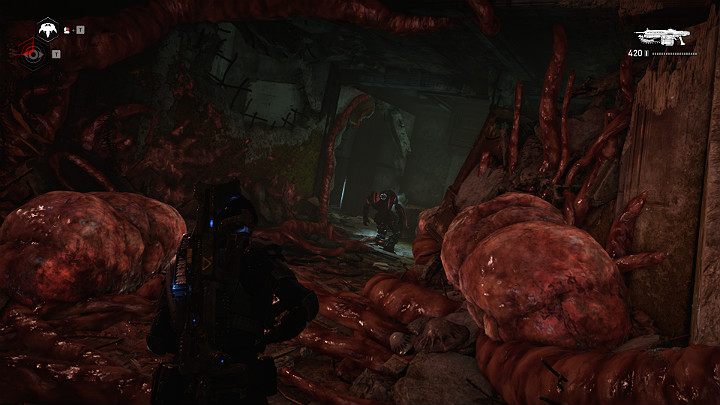 While you are going through the destroyed building, you will come across sleeping opponents. Remember to approach a robot from behind and finish it off quietly. Do the same with the rest. 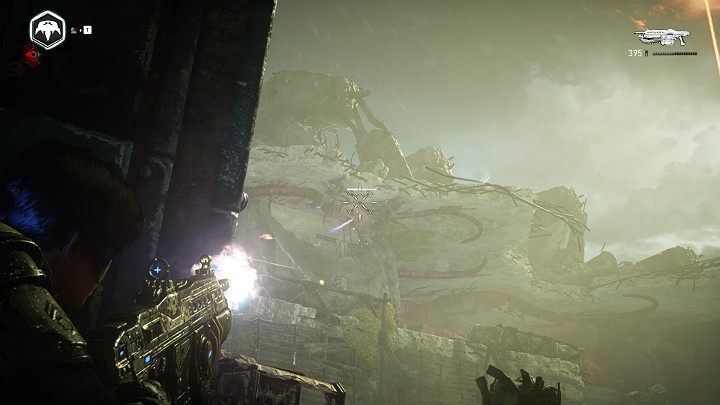 Outside, you will encounter more enemies. Kill the enemy hanging on the wall first. Then, get rid of the rest of the enemies and continue your journey through the ruins. 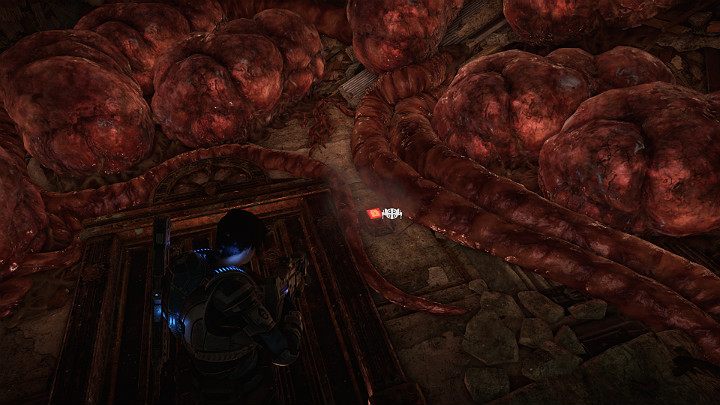 There is a button on the ground. Ask Jack to open the passage. 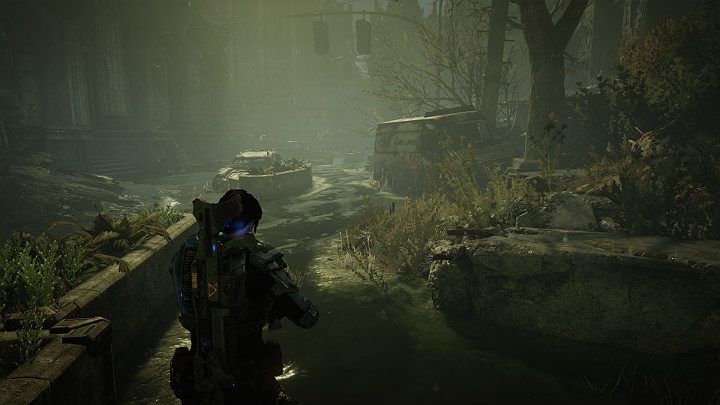 You will get to the place where you can find the last two collectibles. Get them first, and then return to the main mission. 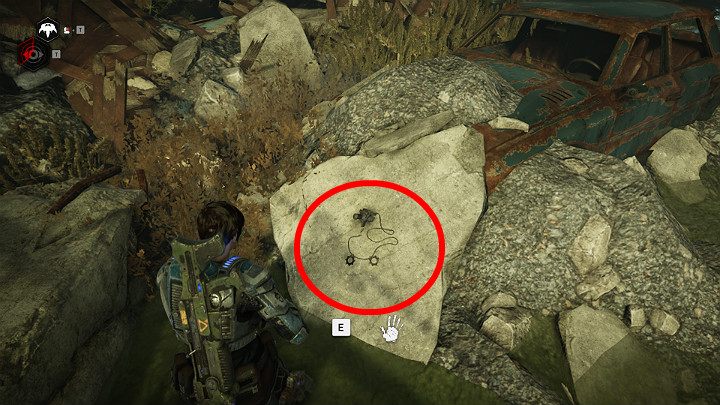 Go around the car from the right and get the collectible - COGS Tags: Minh Young Kim. 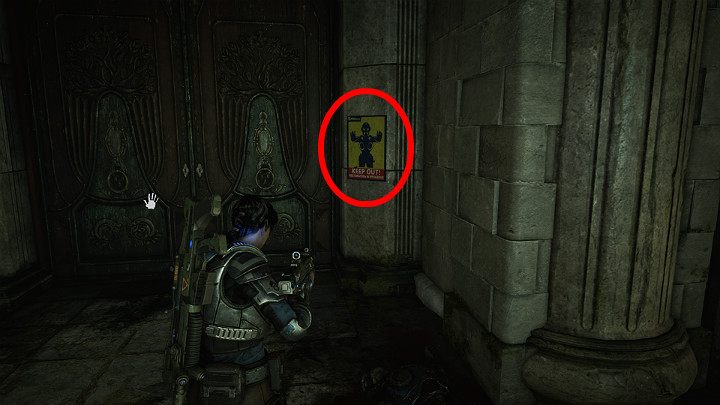 The last collectible is near the main door of the building - Restoration notice: Tomb of the Unknowns. Go inside. 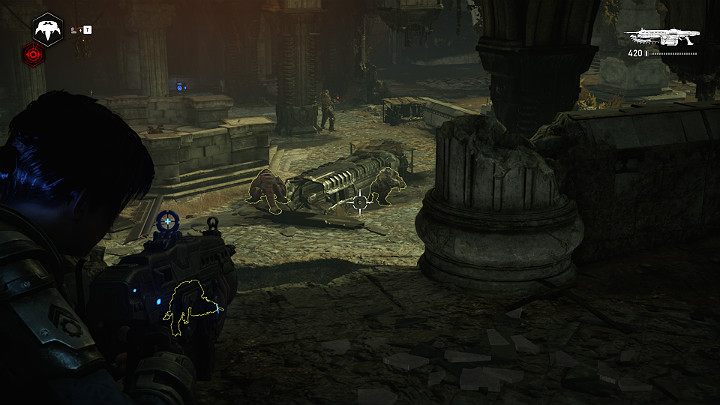 Behind the door, you will find quite a large group of enemies. Pay special attention to the jumping opponent. Kill the enemies and go down to the lower level to support a friend. 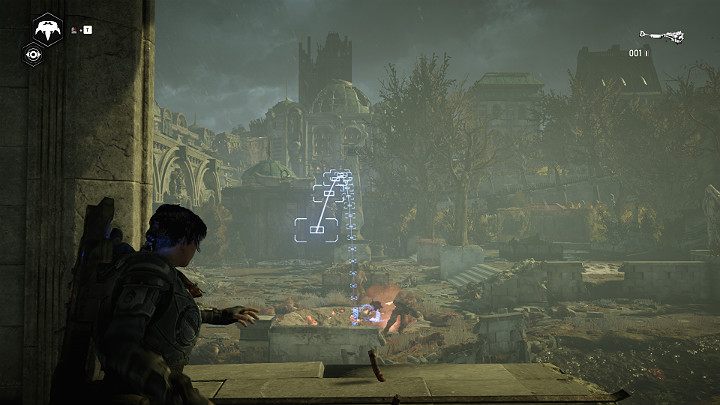 Try to blow up the nests to stop enemies from approaching. Kill all the surviving enemies and then head to Paduk. 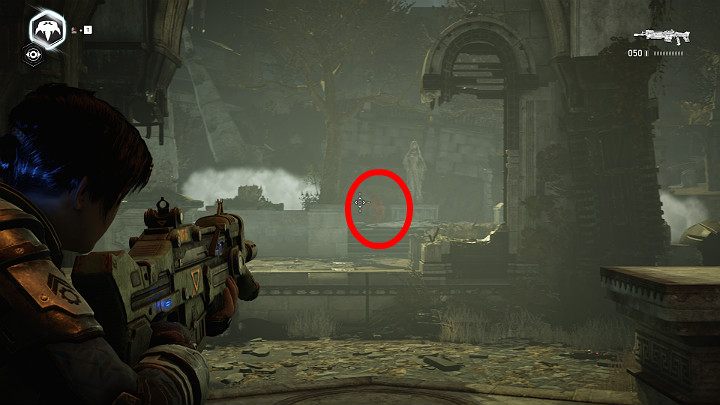 This time you are attacked by Hunters who can hide in the shadows. Pay attention to the red outlines of silhouettes indicating the location of the enemy. Remember also to destroy the nests that will appear on the ground. The last opponents are Bastion and Warden. Once you deal with them, the tomb will be free of enemies. Before you go on your way, don't forget to replenish your ammunition. 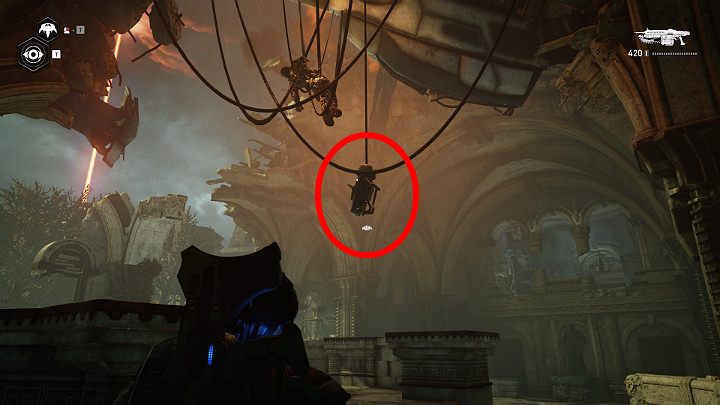 Look up and ask Jack to recover the transmitter. Then, place it in the designated location behind the grave. 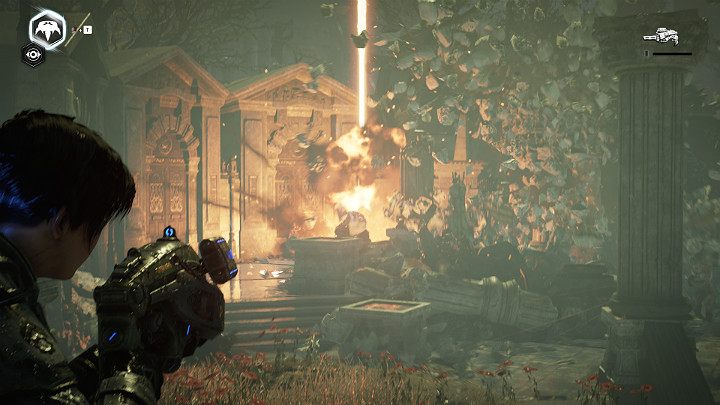 Now you have to protect the transmitter. Take advantage of the laser and mark the targets.