The map in Garena Free Fire, as befits a game from battle royale genre, is large - it has enough space for 50 players. It has enough space for all of them to have a moderately quiet start. However, the territory is getting shrunk systematically, affecting rules of the gameplay - the information about this mechanic and tips for it can be found in this chapter.

The battlefield and the shrinking territory 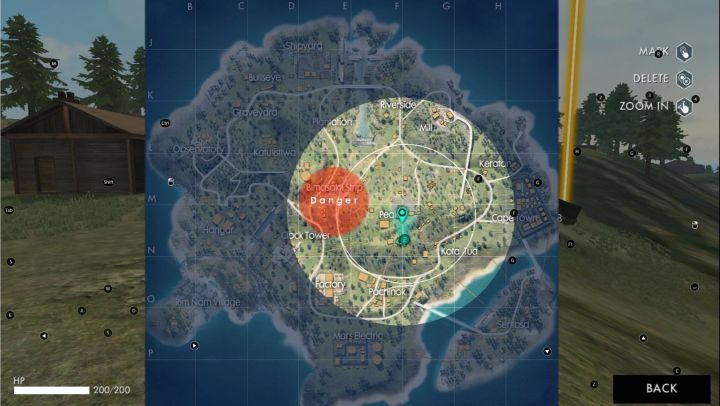 The battlefield will be systematically reduced, forcing the players to move.

At the beginning of the game, players can access the entire territory of the island - it won't be limited in any way, so you can go anywhere. However, after a few minutes, a message about the upcoming reduction of the active zone will appear on the screen - a part of the island will be marked on the map with a white circle. When the time on the counter visible on the screen reaches 0, the battlefield will decrease to the size of the marked zone. All players will have to go there - those outside the area will receive damage.

After that, the whole process will start again - the game will mark another zone. This happens until the players are on a small part of the island, several hundred meters wide - or when only one person or team remains.

However, you don't have to rush to the center of the new zone - when the white circle appears, you will have a few tens of seconds until the zone gets smaller. It is better to sneak around and explore the area, trying to find hidden enemies in the neighborhood. Start moving to the center of the zone about 30 seconds before the zone gets smaller - this should be enough to get there safely. 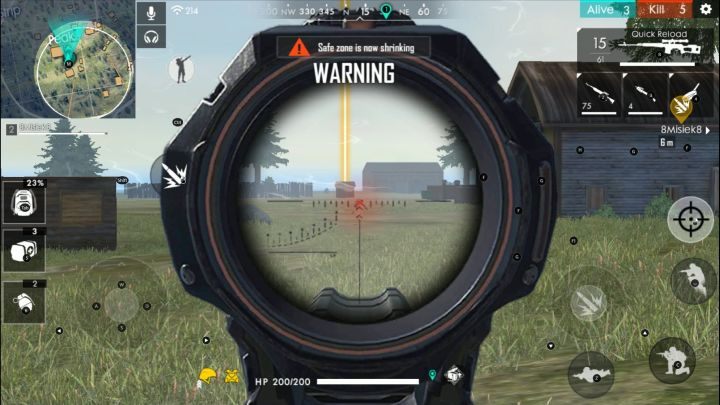 You don't have to rush immediately to the center of a zone - you can run into someone's crosshair (like in the picture above).

It is also worth mentioning a few tips that will help you deal with the zone-reducing mechanic: