The following map includes a list of locations that you can explore when completing The Arks scenario. Markings on the map have been divided into the three following categories:

This mission puts you against a great challenge. You only have a small group of survived engineers who are preparing giant constructions - The Arks that will give them shelter during a storm. Your task is to be sure that the constructions won't freeze. 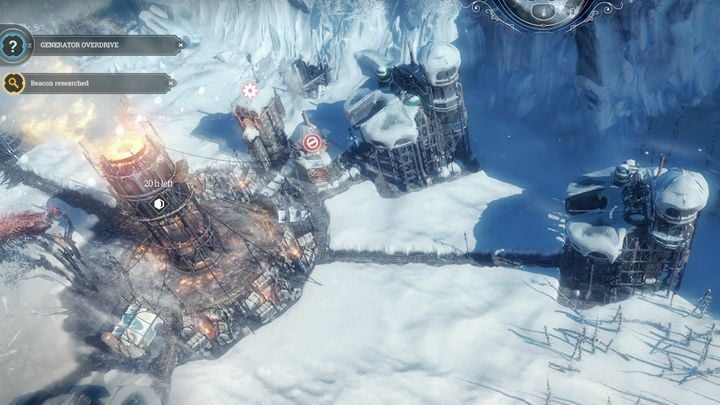 The Arks are your main objective so pay them the majority of your attention.

Your population is limited which means that the majority of production should be done by Automatons. Sadly, this solution is expensive. You have to find Factory blueprints - they are in Lost Dreadnought location. You need a scouting team to get there. This method also requires a lot of build resources, including Steam Cores.

In this mission Steam Cores are priceless. Because of that you need a scouting group that will get them for you. Steam Cores can be found in various locations, e.g. Lost Dreadnought or Broken Vehicle. They are used not only in production of Automatons but also in producing raw food and excavating coal. Hunter's Huts aren't available in this mission which means that food should be gathered by using Heathouses. There is a good side of having such small number of citizens - you won't need huge amount of food. Two Heathouses are enough.

Sadly, getting coal is much more complicated. Keeping the Generator and Steam Hubs running to provide heat to The Arks, production of Automatons and the necessity of gathering enough coal before storm - all of this means that you will have to invest in all possible upgrades that increase coal excavation. Automatons should also be assigned to the process of getting coal. These robots have greater efficiency and are more resistant which means that they can mine more coal per a day. 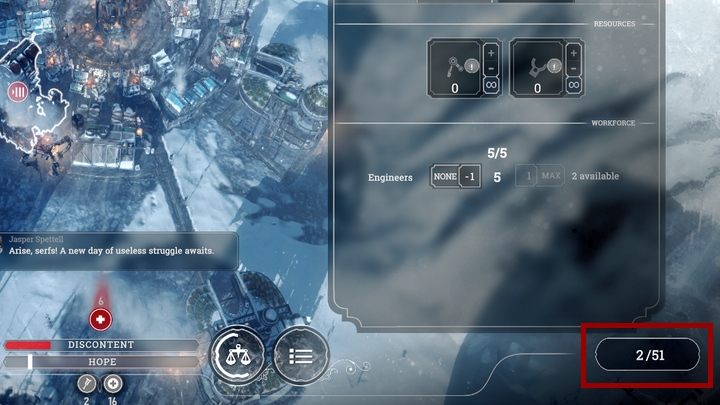 The number of your citizens is very low.

Remember to keep an eye on The Arks. Their survival will allow you to succeed in this scenario. They are sensitive to temperature which means that you have to check their status constantly and see if they aren't starting to freeze. If that happens, you will have to raise temperature by using any means necessary.

Frostpunk Game Guide is also available in our Mobile App