Coal is the basis of your city's survival in Frostpunk. It serves as fuel for generators and smaller heat buildings. Excavating it should be one of your highest priorities. Just like other resources, its deposits are small and they deplete fast at the beginning of the game. You can slow down this process by using Coal Thumper that can be developed right after building a Workshop. Also, this building generates additional, renewable, coal deposits. However, this solution isn't effective and cost-efficient. One of the reasons is that it requires 25 workers.

Developing a Coal Mine

Coal Mines are a much better alternative. They are buildings that can be developed after unlocking the first level of the technology tree. 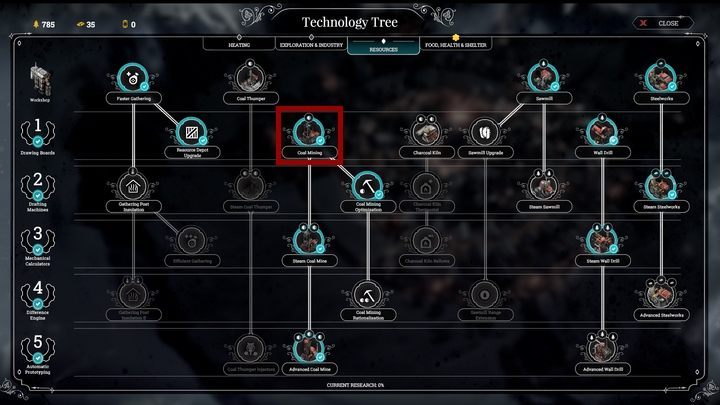 Here, even the basic version of this building requires Steam Cores. You can use the Steam Core that you get after starting the game. This is a good investment because thanks to it you can have your generator working all the time and you even can gather supplies for later. Coal Mine has two alternate versions that can be unlocked at level 3 and 5 of your technology tree. This building also has a lot of upgrades that allow you to get more coal.

Where should I build a Coal Mine?

In Frostpunk coal deposits can be found within the territory of your town. They are marked which makes them easy to spot. After selecting a Coal Mine you can notice green spots, just like in the picture below. 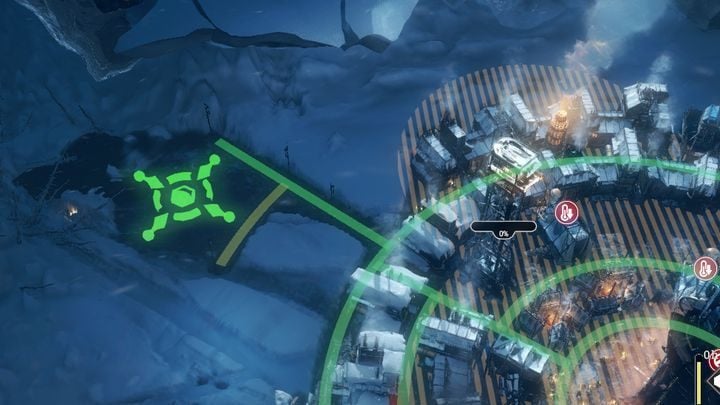 They mark places where you can build a Coal Mine. The number of this spots is limited which means that you have to invest in upgrading your existing mines. New versions of Coal Mines are the most important. Thanks to them you can get much more coal - this means that you can build them where your older mines are. Their only downside is that they require more Steam Cores - if you don't fulfill this requirement, you will have problems with excavating enough coal.