How to win in Fortnite: Battle Royale? Check out our tips and guide: 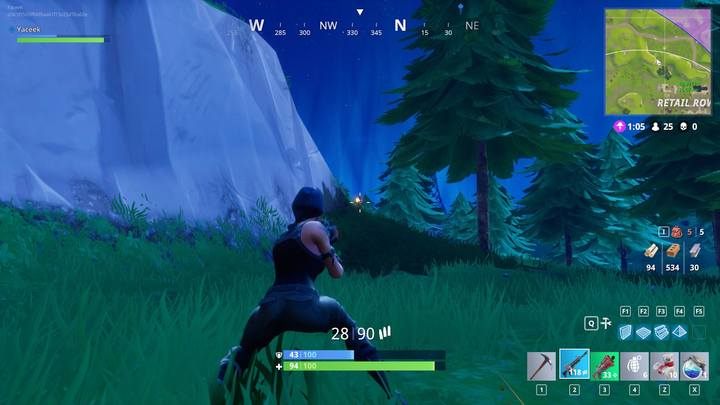 Shooting in Fortnite: Battle Royale is very much different from other games of this type and is much more common in FPS games. "Hitscan" system present in the game registers a hit right after a shot is fired (this does not go for grenades, grenade launchers, RPGs and sniper rifles). The game presents visual aid in which you see the bullet reach its target. there is a problem with that, though.

Hitscan System records the hit right after the bullet is fired, but the following camera catches up a moment later, which causers the illusion of impact, who may see on the screen an impact that isn't there. The same happens when you are far away and the bullet causes the illusion that it will reach the target that is not yet in the area (this only goes for sniper rifles and RPGs). There is only one thing to know about this system. Always aim at your target and ignore the visualization.

Since you already know what hitscan is all about and what its function in the game is, there is another term - weapon bloom". The system generates a random point in your sight and determines where you are going to hit. This is especially troublesome in the case of assault rifles. Random nature of this system can be painful even at short distance and you probably have many times wondered why bullets do not travel straight. Both of the systems work to make it impossible to aim accurately any of the firearms (with the exception of sniper rifles) and it is different from the system present in, e.g. Counter Strike, where you can learn the kick schematics for each of the weapons in the game. 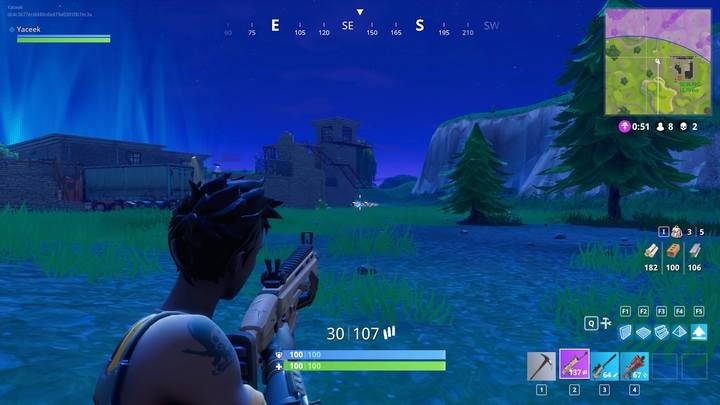 Your chances to reach a target will be the highest two seconds after you crouch.

So you already know that the Firing System, in the case of non-sniper rifle weapons is random. You can partially alleviate it, by using a simple trick. In the above example of the assault rifle, note that after you crouch, the crosshair on the screen is getting smaller and smaller. (the smaller it is, the better; the system will then generate the hit within the crosshair). After a couple of seconds of crouching, crosshair is the smallest, which is the best moment for taking the shot, or a controlled succession of shots (controlled succession of shots which means shots with intervals of half a second, instead or automatic firing). Additionally, when you are aiming at the opponent's torso, your chances of reaching the target are the highest (torso is the biggest body part). This way, you will have a chance of hitting the torso and the head. The head is, of course, the most vulnerable part of the body that takes double damage from and any.

How to use the sniper rifle? 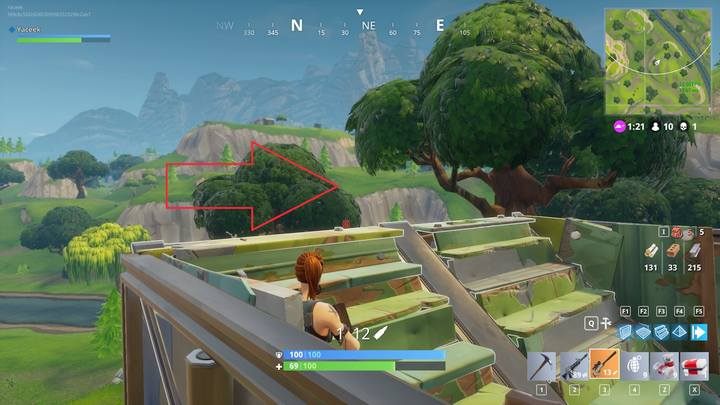 The entire above system does not apply to sniper rifles. Here, you have to show some skill, because the traveling bullets are vulnerable to several effects. The first one is, of course, a combination of distance and time. You have to predict the spot the opponent will be in, at the moment you squeeze the trigger. Additionally, gravity pulls the bullet down, which is why, the farther the target, the higher you have to aim (sometimes even several meters above the opponent). In the above screenshot, the red arrow points to the spot where the opponent is, who becomes practically invisible, if you do not look through scope. In this particular case, the position of the opponent is a bit higher than that of the player's, which needs to be taken into account. 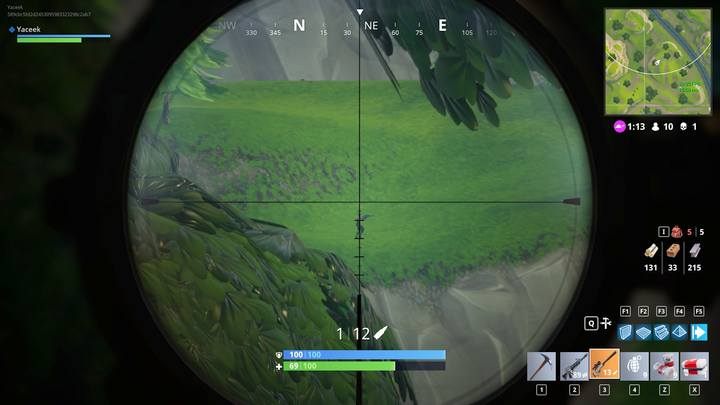 Presentation of the Bullet Drop system in sniper rifles.

In thr second screenshot, you can already see the crosshairs of the Bolt-Action Sniper Rifle. Note that the center of the crosshairs is high above the head of the target. This opponent has been hit into the torso and taken 116 damage, which secured a kill. To hit the head from such a position, the elevation of crosshairs would have to be even larger. 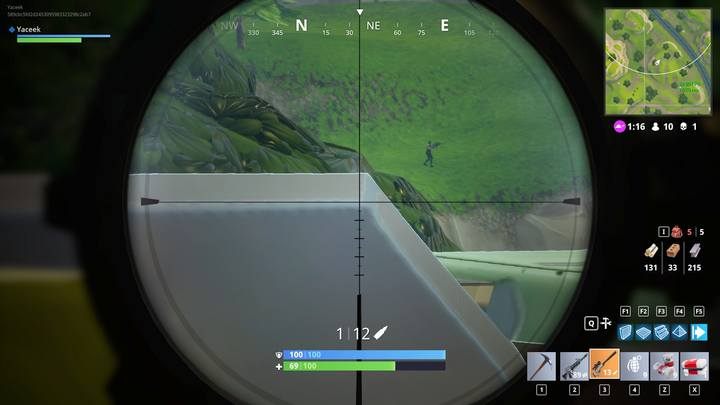 Watch out for the other snipers.

While using the sniper rifle, you have to watch out for the rest of the snipers. While looking through the scope, you are the easiest target in the game - motionless and with your head exposed. You can use a trick here, to help you. First, you can use the camera for looking around, while hidden behind a wall. Secondly, after you have built your fortress (the above screenshot), while standing, set the crosshairs on the opponent and climb down two stairs, so the crosshair is looking slightly above the fortress. This way, after you crouch you will be hidden behind the stairs and, after you stand up, you will be able to take a shot. which you do after you press the "stand up" button. After that, crouch immediately. This strategy will ensure you with safety, because the sniper lurking in the bushes will be unable to react within the fraction of second.

This site is not associated with and/or endorsed by the Epic Games or Epic Games. All logos and images are copyrighted by their respective owners.