Fortnite: Battle Royale Guide provides tips and tricks, solution, hints and weapon's description, which will help you understand the mechanics and rules of this free-to-play mode. The guide discusses rules the maps are subject to which will prove useful while planning on your steps and combat tactics and buildings fortifications. No, not only the v-bucks matters! Just download the game and start wining! Of course if the server shutdown is over.

Tips for start - How to play and win?

Beginner's Guide to Battle Royale - tips and tricks for an immensely popular mode, in which you, and hundreds of other players, are stranded on an isle. Whoever manages to survive until the end of the match, wins. That section provides a handful of hints for beginner players, description of controls and system requirements, where you find a comprehensive discussion of technical issues.

Weapons, gear, equipment, items, ammo, meds and secrets - all you can find here. Also here, you will find a description of each weapon in the Fortnite: Battle Royale, its firepower, usefulness and tactics connected with using them. Learn about best weapons in Fornite.

The next part discusses the match and walkthrough. It provides description of all the elements of the game proper, thanks to which you will come closer to victory. Those chapters discuss landing, drop zones, picking up items, building fortifications and how to avoid dangers connected with storms.

This has been rounded up with chapters on tactics that you can employ to win the match. Here, you will find a detailed description of shooting mechanics that is quite different from other games with Battle Royale mode. Another thing setting Fortnite apart from other games of this type is building vaults and fortifications, which is also described in that chapter. Apart from that, it discusses the best landing zones and inventory management hints.

In update 4.5 you won't find any major changes. A new weapon was introduced - Drum Gun. This fast-shooting assault rifle is perfect for exerting pressure on enemy structures.

One thing is certain. Developers have plenty of creativity and their marketing campaign for the fifth season of Fortnite: Battle Royale is probably the best example. Llamas were scattered all over the world, and a huge Durrr Burger appeared in the desert areas of California. More about the event and solving this mystery can be found in a specially prepared thread on Reddit.

The new season started in mid-July. The creators have prepared several dozen attractions for the players related with Battle Pass, which can be bought for 950 vbucks. In addition, a major update has been made and can be found at this link. Below you will find an overview of the most important improvements and changes.

Another content update brought about the first changes in machine guns. A tactical machine gun went into the treasury and was replaced by a new machine gun. Full description of the changes can be found on the official Epic Games website, and the most important ones are as follows:

Update 5.10 brought some changes to the game and a new weapon - the Compact Machine Gun. In addition, since the update has been released, it was possible to join the world event concerning the first birthday of Fortnite: Battle Royale. The event consisted of few challenges, and the prize was a backpack and graffiti. You can find the full notes of changes on the Epic Games website. Below we have presented the list of the most changes: 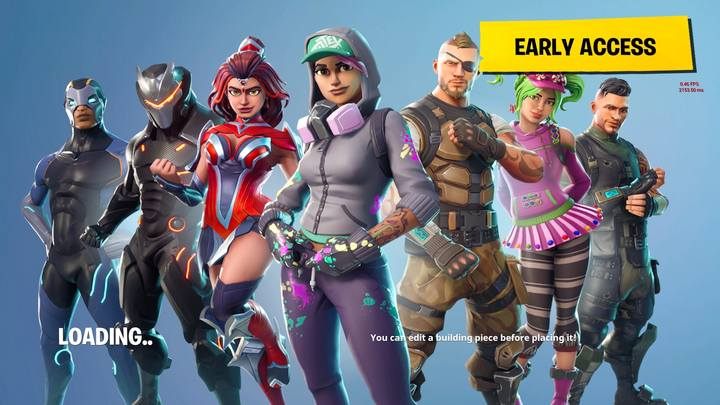 This chapter presents a summary of the most important changes to Fortnite: Battle Royale. It will allow you to find out when Epic Games decided to make radical changes to the most important aspects of the game and to check which items and limited time modes they added in June. In each of the following chapters you will also find a link to the main Fortnite page where you can read the full change log of a given update.

Several things have changed in the 4.3 content update. First of all, we should mention the reduced effectiveness of shotguns and the reduction in the amount of resources obtained from lamps. Below you will find the most important changes brought by this update:

The 4.4 update does not change much. Two quite interesting things have been added: a football stadium to celebrate the start of the world championships, and a new item - Thermal Scope Assault Rifle. Below you will find the most important changes in this update:

From now on, anyone who owns a Nintendo Switch console can download Fortnite: Battle Royale for free. Everyone interested should refer to our guide, in which we describe the registration process in detail.

Another update and a new batch of novelties. This time we can use specially designed grenades - Stink Bombs. They'll make it easy to smoke out even the most hardened campers, because let's face it... who likes campers?

The next update introduces a few changes to the game. As always, we see the addition of some new items. This time it is a pair of guns. Below you will find the most important things added in this update:

There are plenty of free-to-play shooters out there, but there's also plenty of garbage. We come to the rescue and give you 15 best free online shooters that are honest, fun, and – most importantly – constantly updated.

The most important doesn't mean the best. There are games that we don't necessarily remember as great, but the whole gaming industry remembers them, and even changed under their influence. These are the most important titles of the last decade.

Why not to kick some arse on our way to school or during a long queue? We asked ourselves that question, and as an answer we have prepared a list of mobile games that let you compete with other players.

What's the Most Popular Game? List of Most-played Video Games

Call of Duty, Minecraft, or Red Dead Redemption 2? The most popular games in the world are much less obvious than it might seem to regular players.

This site is not associated with and/or endorsed by the Epic Games or Epic Games. All logos and images are copyrighted by their respective owners.