This page of the guide to The Forgotten City contains a detailed description of the storyline quest in which you will start the elections and get the Greek Plaque. We described what you need to do to push the plot forward, get more tasks and make progress. However, you can stop here and ask around for as much information as you can.

During this mission you will gain the following achievements: 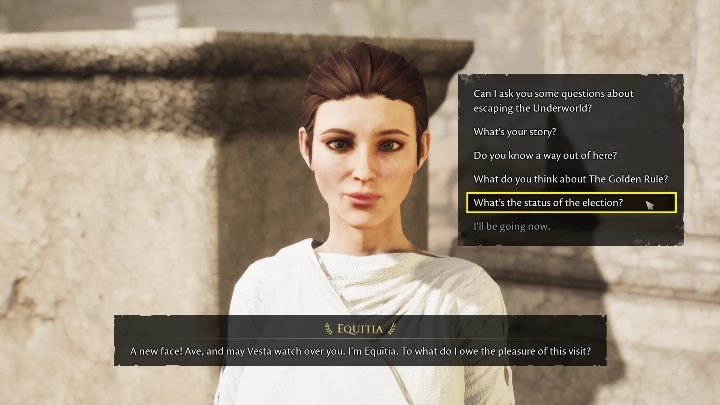 You can start the conversation with her by saying "What's the status of the election?". Even though you've broken the loop and Equitia doesn't remember you at all, she'll have no problem with you asking. 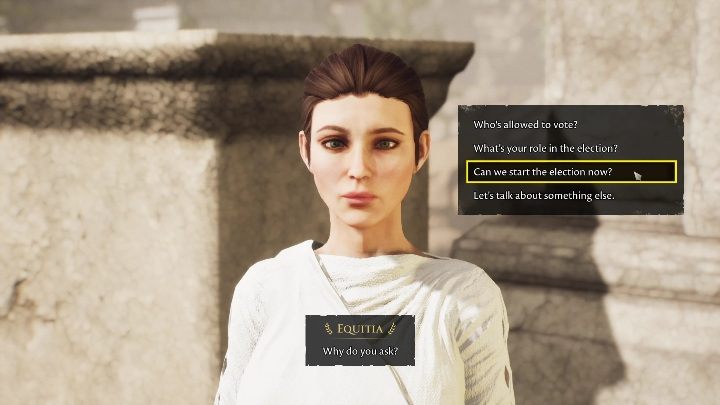 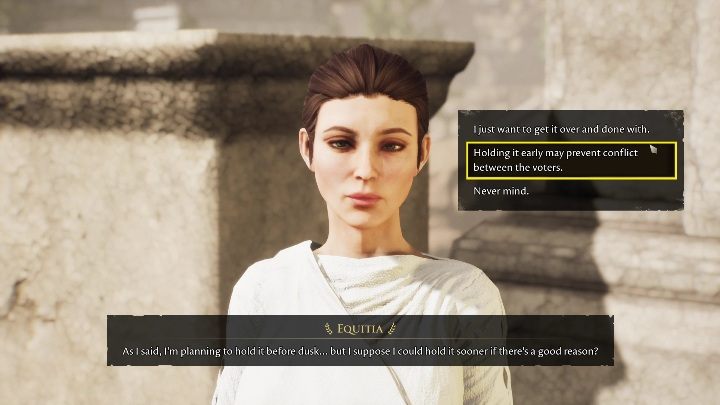 The next options begin the election. Remember that you must first give Galerius all 4 tasks. We described it on the Egyptian Plaque page. In order for the elections to start, you have to choose the options:

After this conversation, the woman will take the men to the elections, and you will be able to watch them. 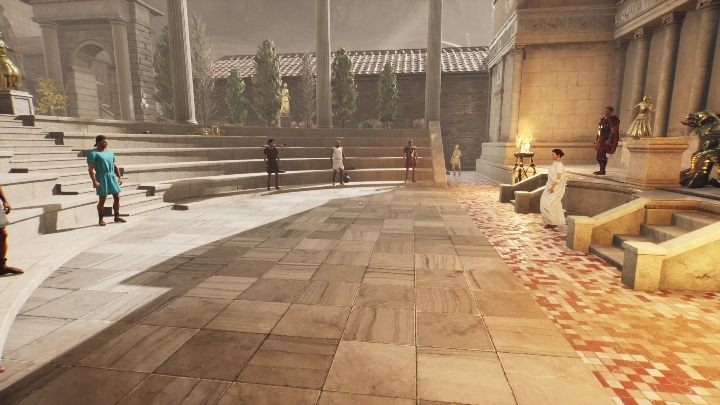 It's election time. Your earlier decisions and tasks will make the residents feel positive about Galerius, and they will vote for him. This is particularly important to you but you don't have direct influence on the course of the elections. You just have to wait for the men to decide, and for Equitia to count the votes. 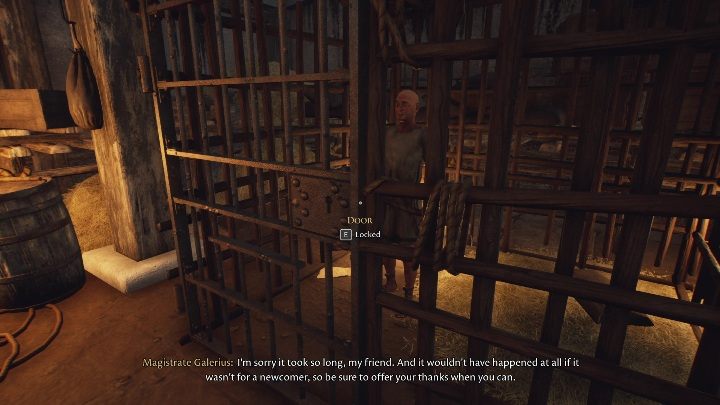 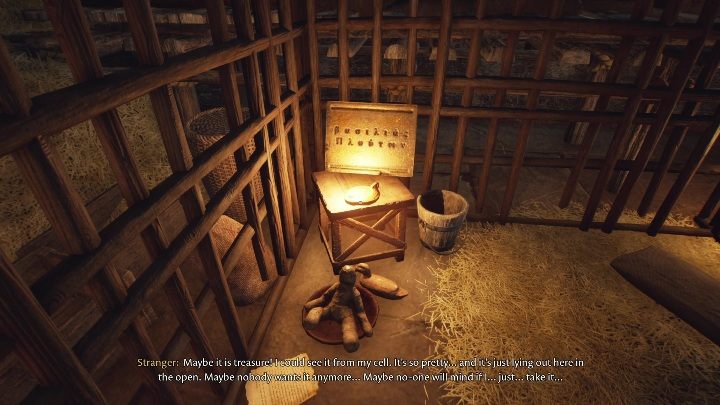 Galerius's first task is to free Duli. It'll take them a while to get in there and open the cage. You can now wait at the door to immediately grab the plaque you need. 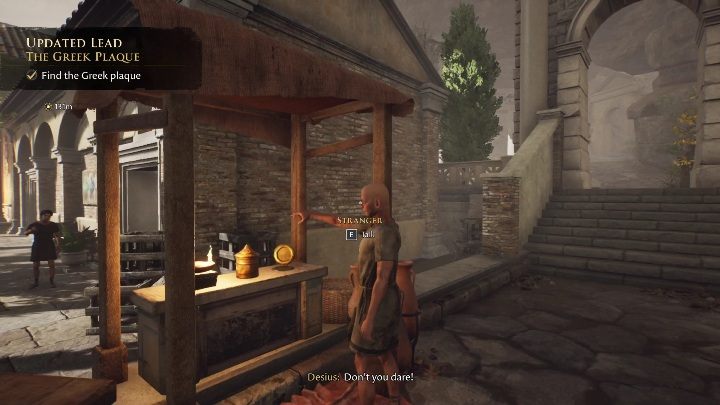 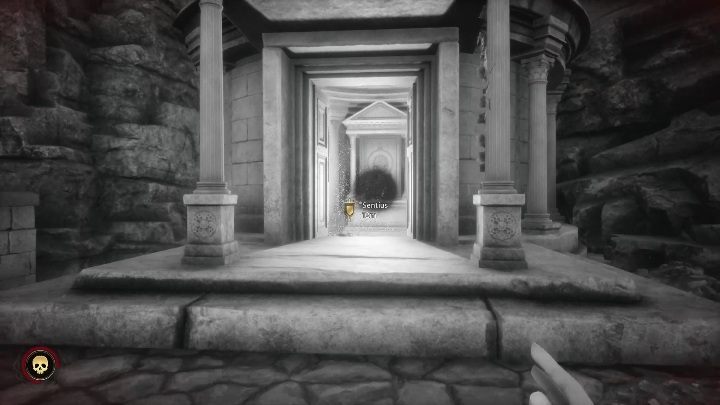 Here, however, another part of the fun starts. As soon as Duli leaves the cell, he'll go steal something. It'll break the Golden Rule. Run to the temple and reset the loop.