This page has a walkthrough for the first moments of The Forgotten City. We described the conversation with Karen, the character creation process, and how to reach the temple. 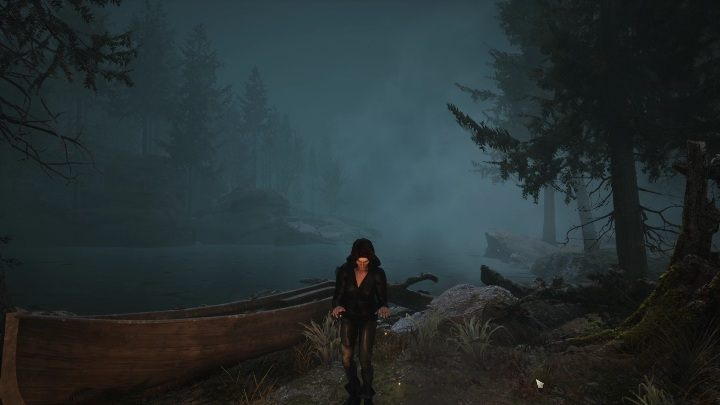 The game begins with you awakening at the river bank. Your will immediately see a stranger who will give you a task. You can't refuse - this task is the plot of the Forgotten City. The woman will start a conversation that can't avoid. You will now choose the character you want to play as. 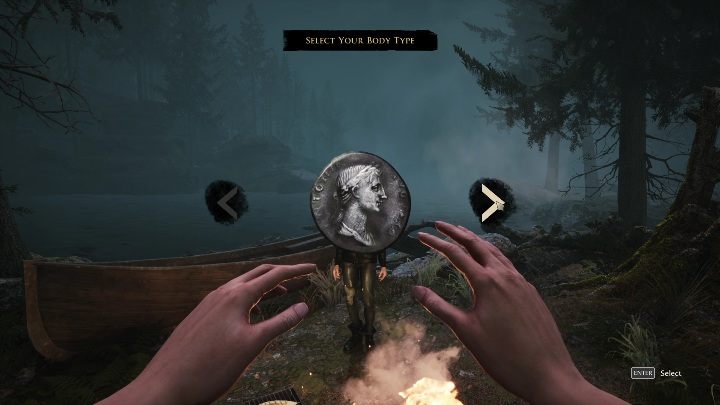 The first choice is to determine the gender of the hero. This does not affect the gameplay, only the visual aspects - namely the hands of the character. NPCs will react to you the same way, whether you play as a man or a woman. 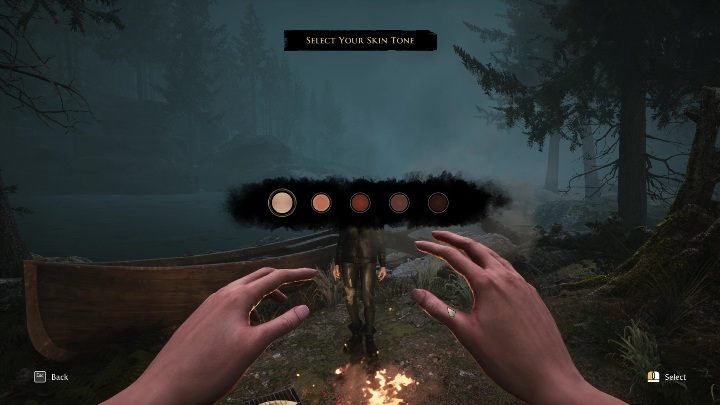 Another choice that does not affect anything except aesthetics. The color of the character's skin, namely the color of the hands that you will see on the screen. This choice has no impact on your relationship with the people of the city or on their attitude towards the main character. 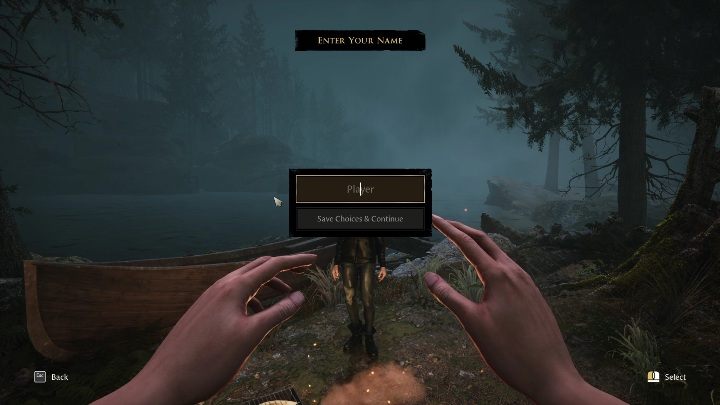 Next. you have to name your character. That's how you will introduce yourself to new acquaintances. 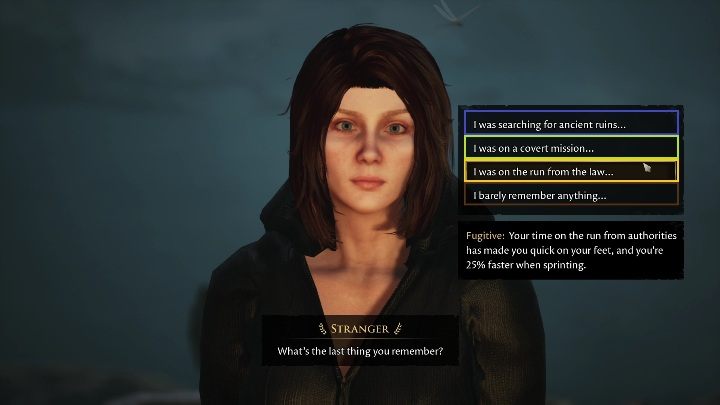 The next choice is very important. You can name your character class. You have 4 options to choose from:

The choice is yours. This decision does not block you from anything that may appear later in the game. It does not block any dialog options or missions. We can recommend the "Fugitive" class - for people who want to move around the city fast. For those who are interested in the plot and want to fully get lost in it, the choice is obvious - the Archaeologist. Regarding the other two classes. There isn't much fighting in the game, and even if it occurs, it is nothing difficult. There is no point in choosing combat-oriented classes.

However, if you care about achievements, choose the Soldier class. This is the only character that has separate trophies. You can find more about the achievements on a separate page of our guide. 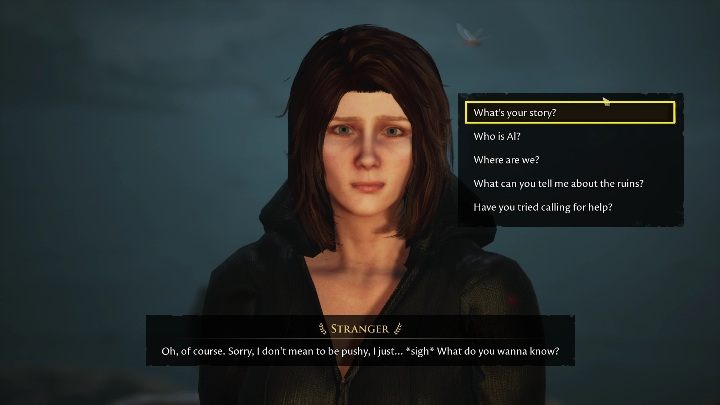 After creating a character, you will continue the conversation with the stranger. You can ask her many things like her name, about her friend or the task she wants to entrust to you. However, if you just want to push the story forward, choose "What's your story?". 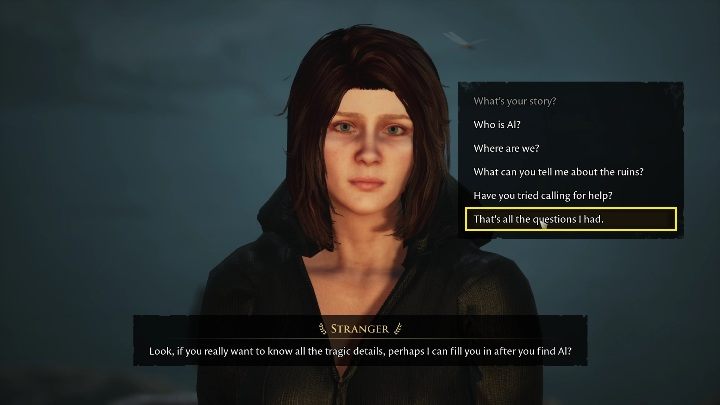 After hearing her story, you can ask questions and move on. However, if you want to see the rest of the game, just select "That's all questions I had". 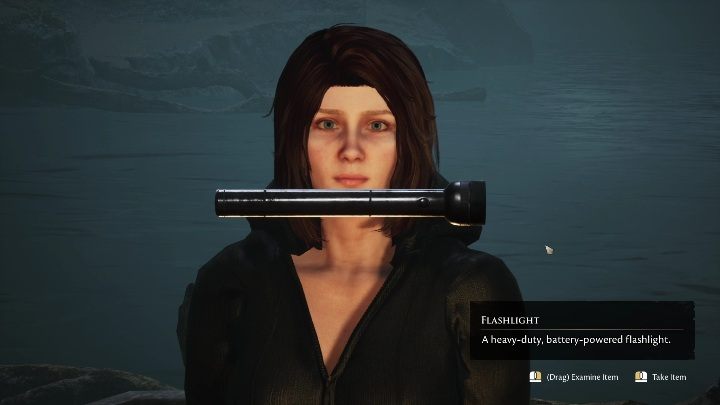 After talking to the woman, you will receive a flashlight that will light your way through the dark forest and the ruins. If you have chosen the Soldier class, you will have a flashlight attached to your firearm. 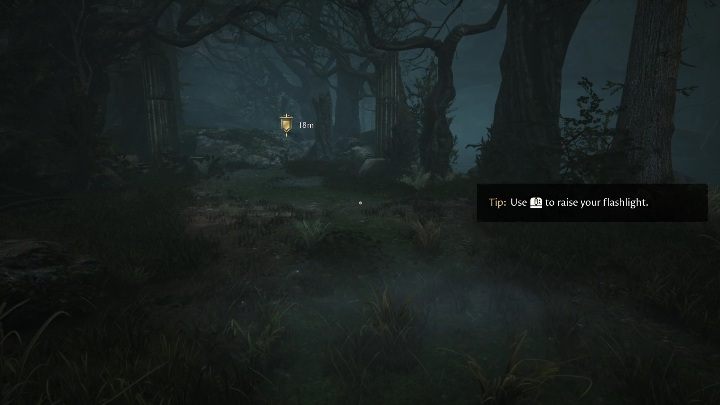 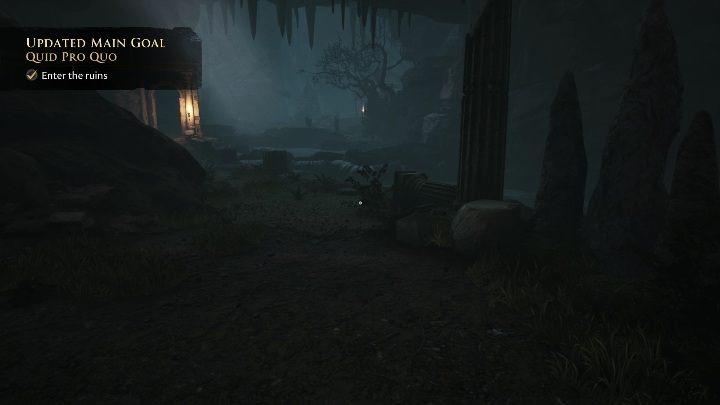 It's time to start the game. The first task is to go to the ruins. To do this, you will travel through the dark forest. You can help yourself with a flashlight, but the path is very simple. Just keep moving forward. 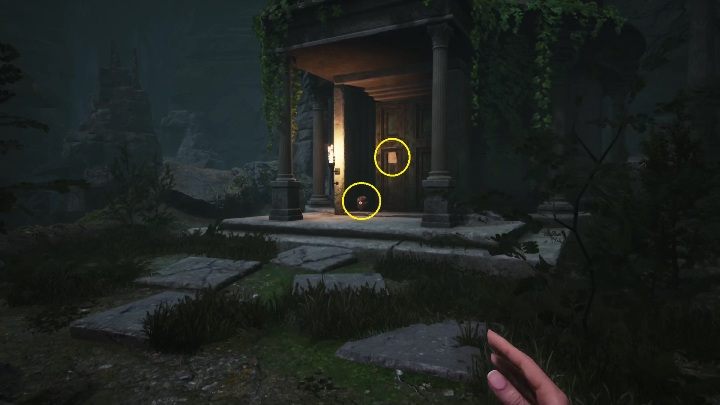 On your way, you will see a small old building. It attracts your attention because it is at the end of the road, and there is a light next to it. There's a backpack next to the building, and there's a note pinned to the door. Start by examining the backpack to get valuable information. 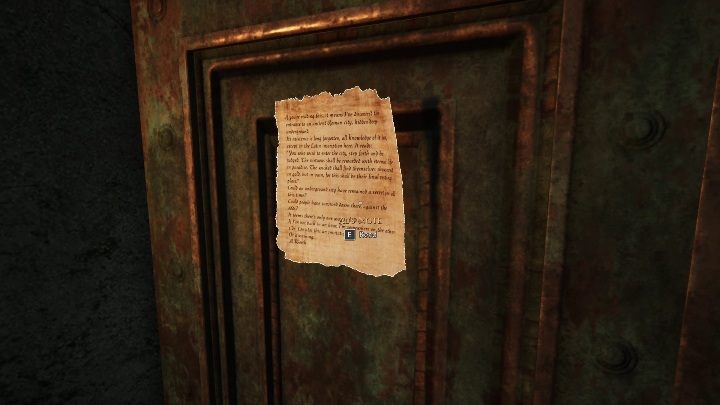 Examine the note - it will give you new clues and open the door to the building. You can continue the story. 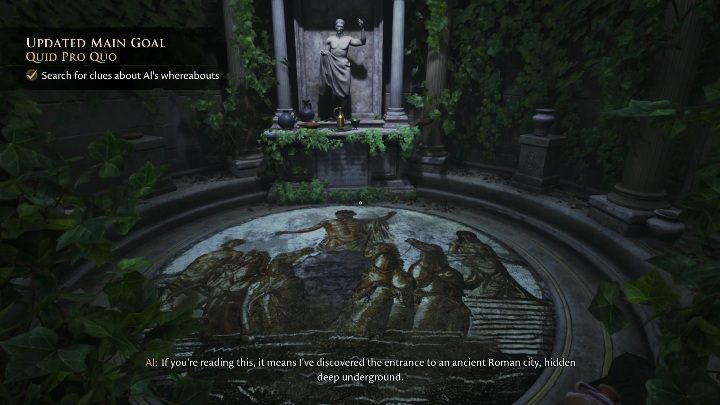 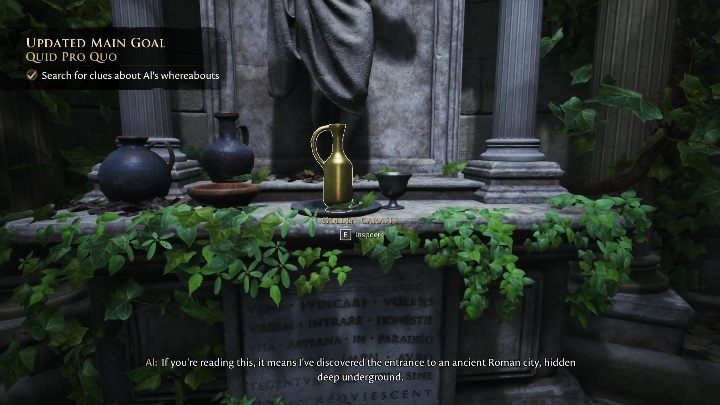 When you get inside, you will see that the building is small, and the only thing you can do is examine the golden decanter. 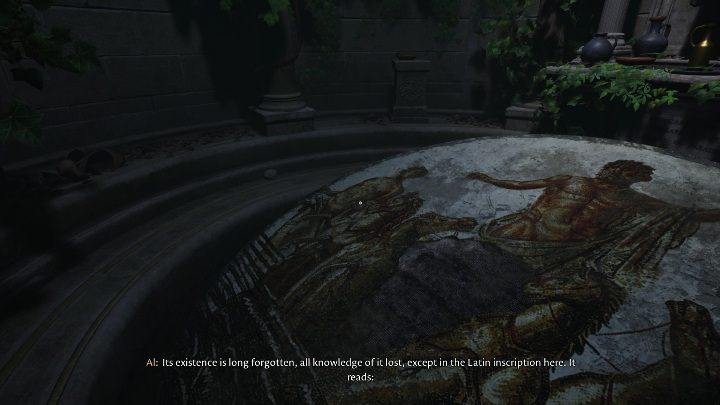 But that's not all. Go a few steps back to stand on the back of the painting located on the floor. This will open a secret passage and allow you to get to the next part of the cave. 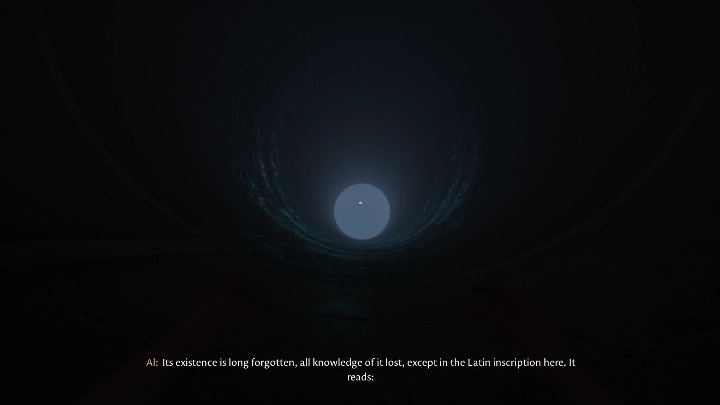 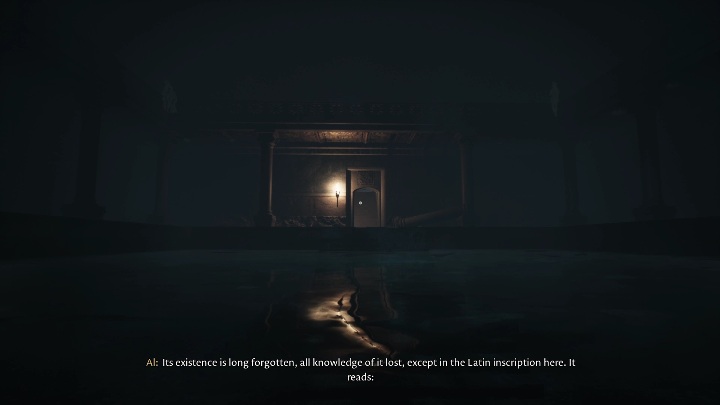 You will fall into a small reservoir. Nothing will happen to you. Swim out and get to shore. Time to move on. Keep moving forward - there are no side paths. All you can do is check the gold statues. 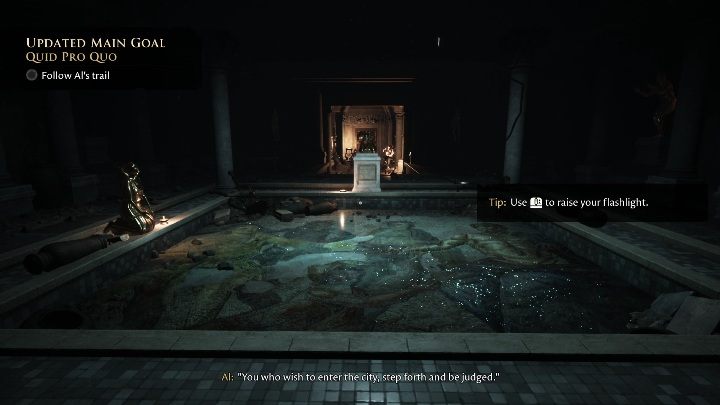 Use your flashlight again and continue the journey. You will be guided by the mysterious voice of the man you are supposed to find. 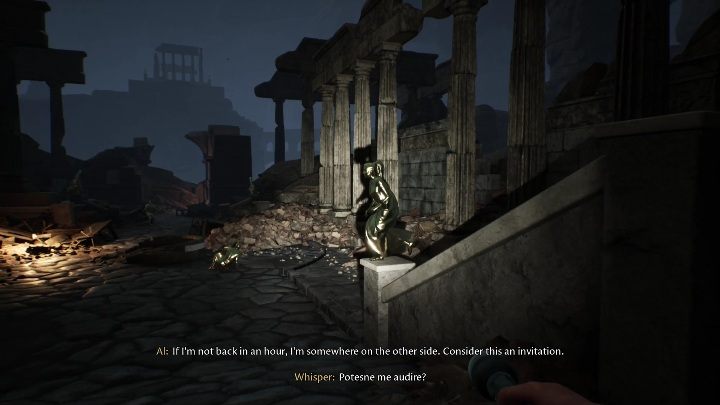 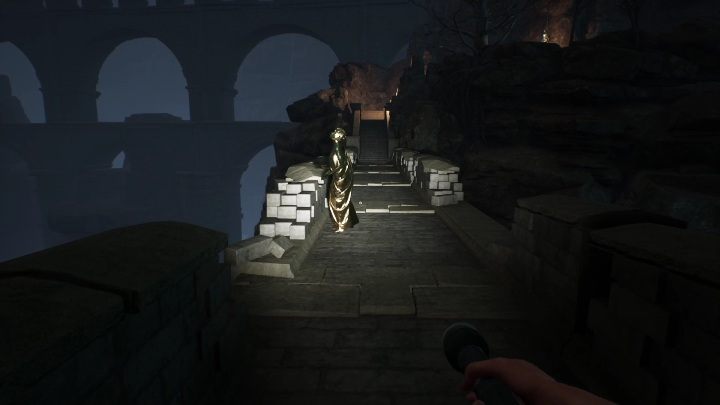 The path is straight. All you have to do is keep moving forward. You will pass many golden statues and you will definitely not deviate from the route, it is simply impossible. There are no side paths that you can explore. 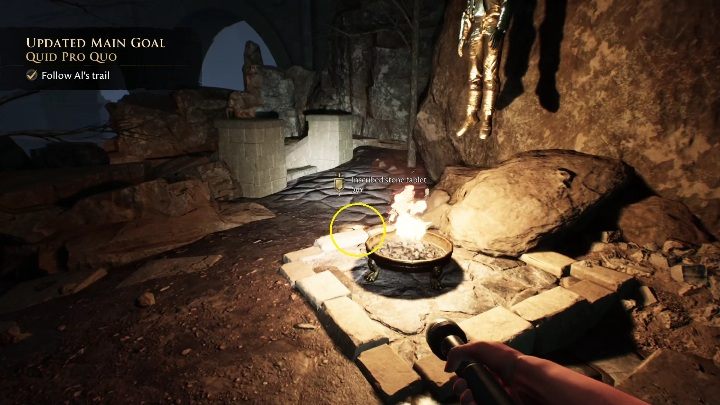 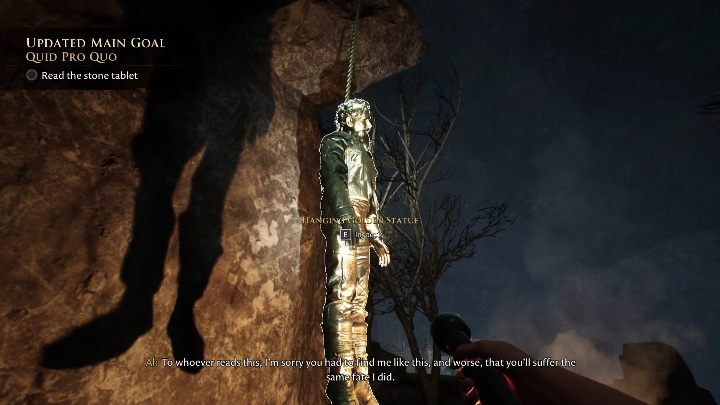 Eventually, you will reach a man who is hanging on one of the rocks. It was his voice that led you through the ruins. Next to him, you will find notes - read them to continue the story. 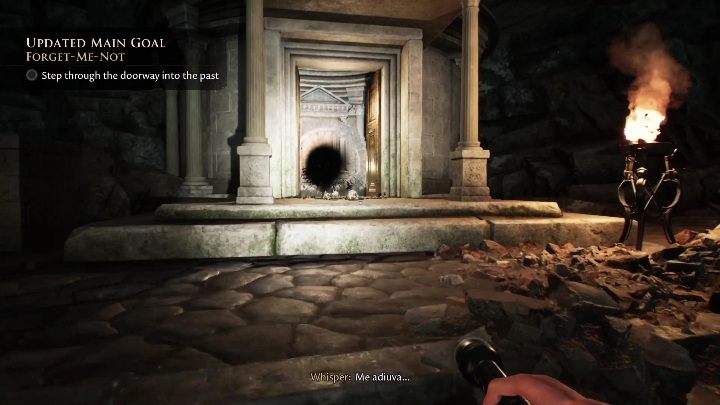 After getting the information from the man, it's time to go to the temple. You will see the loop for the first time - you will keep seeing it throughout the entire story. In this way, you will move to Rome - the place where The Forgotten City takes place.