This guide to The Forest contains a very detailed walkthrough to the single player mode. There are information about different foes, the ways of dealing with them, as well as general information about melee and ranged combat, by using the various items present in the game, included in this guide. Besides this, all of the crafting materials available in the game, as well as the possible crafting recipes were deeply described in a proper section. Additionally, the guide contains a detailed specification about all of the available constructions in the game, divided into various sections. This solution will help you in making right choices regarding the proper location for your encampment, due to a number of variables, the benefits and flaws of each choice, as well as general hints on how to prepare a prospering, safe base of operations. You'll also find a walkthrough for the item upgrading system - recipes, the results of mixing the given items or tips which items should be upgraded. The further chapters contain tips regarding unique items and problem solving, as well as serve as a means of facilitating the game.

The Forest is a FPP survival horror with sandbox elements. Having spent a few years in Early Access on Steam, the authors managed to release the game by introducing patch 1.0. The wide range of abilities which have been developed throughout the aforementioned development phase, resulted in a game brimming with content, including items, enemies, buildings, and locations. The game enables us to assume the role of a human who survived an airplane crash. The hero wakes up onboard the wreck - our mission is to survive by building shelter and taking care of the basic needs as well as take care of the danger coming from the enemy units. The players can engage in both single and multiplayer modes, while the game contains a classic survival mode as well as a free play mode in which we can safely engage in exploration and base-building.

Guide to The Forest contains:

About The Forest Game Guide 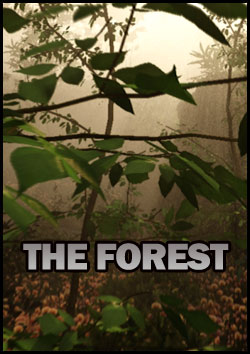 The Forest is a first-person horror game with survival elements. The game was produced by SKS Games, the creators of mobile End Night. The company was founded by the people who had previously worked on the special effects such films as Tron: The Legacy and 300.
The players assume the role of a man who is the only survivor of a plane crash. The sea throws him onto the shore of a mysterious island which initially appears to be uninhabited so the protagonist, just like Robinson Crusoe, is trying to survive by building a shelter and gathering food. However, soon it is revealed that the survivor is not alone on that island, and a tribe of cannibalistic mutants dwells in the jungle.
The eponymous forest is fully dynamic. The weather is constantly changing and the plants grow and wither. There is also a cycle of night and day and the simulation of ebb and flow. The island also provides an extensive system of underground caves and tunnels connecting them. The player is given complete freedom to explore the world. The elements of survival play an important role. It is necessary to cut down trees to get firewood or to build a shelter. Gathering food, hunting animals, and harvesting crops is also essential to survival.
During the day the protagonist is relatively safe for the only dangers are associated with survival on the island, but at night he has to fight off the mutants. The extensive crafting system allows the players to construct their own weapons and traps. The game also has sneaking elements and often the best way to survive is to avoid contact with the cannibals. Interestingly, the mutant tribe does not behave like animals. Each member has its own beliefs, traditions, and relationships with other members of the clan.

More About The Forest

Rust, The Forest, H1Z1, DayZ  many of us have gradually been coming to terms with the fact that these games will never be completed. And then comes 2018, once again proving you should never say never. This site is not associated with and/or endorsed by the or SKS Games. All logos and images are copyrighted by their respective owners.