On this page of the guide to Football Manager 2022 , you will learn how to correctly set your players and what positions to choose for them. 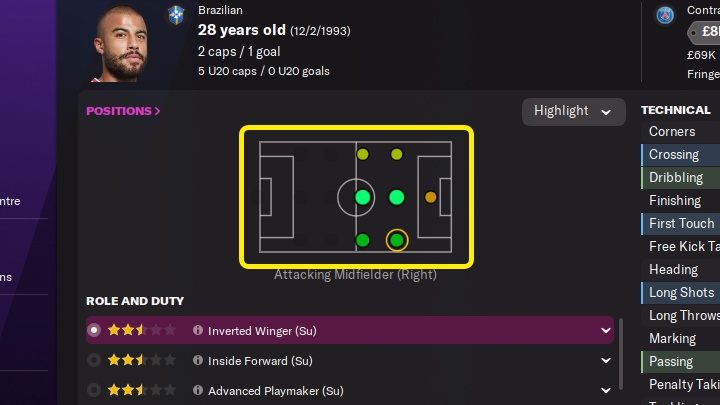 All the most important information about each player can be found in his profile. Before you set a player in a specific position, check his predispositions . An example is Rafinha, a PSG player.

As you can see, Rafinha is a very versatile player who can play in different positions if necessary. It should be noted here that some players feel comfortable playing only one role, eg Icardi.

Positioning a player in a position they do not know will greatly deteriorate their game.