On this page of the guide to Football Manager 2022 you'll learn how to correctly configure a save file (Career Game Setup) and how to start playing FM 2022.

After launching Football Manager 2022 you can, of course, immediately start playing by choosing a league, a club and then clicking Quick Start, but it's worth it to spend a moment configuring your save file in the Advanced Setup tab.

By correctly configuring your career file you can lower the amount of data FM 2022 stores, making the gameplay smoother. It's especially important if you're playing on a weaker PC. 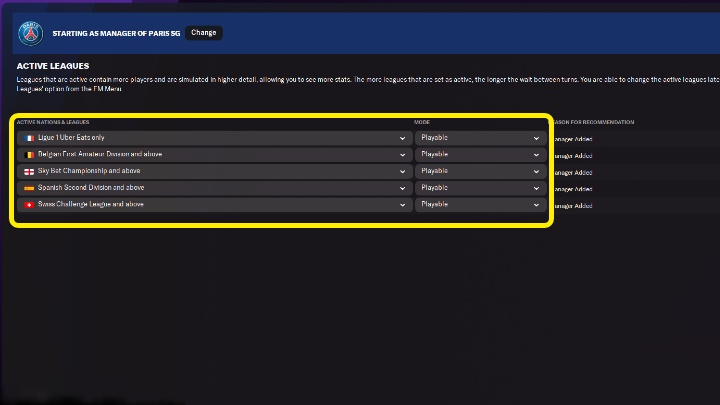 For example, if you've decided to lead a team coming from the French League (Ligue 1, Coupe de France etc.), delete all the remaining leagues off the list, which were automatically suggested by the AI. 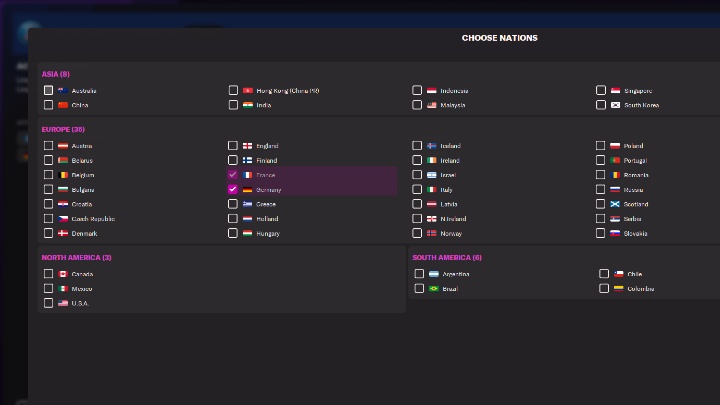 For example, if you've decided to play through only Coupe de France but later on you want to manage Bayern Monachium in the German Bundesliga on the same save file, enter the Remove/Add Leagues tab and mark the German league. You can, of course, mark several different leagues.

You must heavily think through which leagues you want to be present in your save file. You won't be able to change it during gameplay. 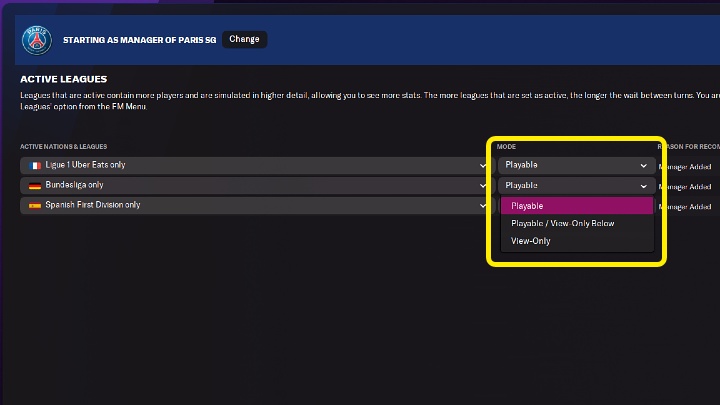 Each league features the following options in a drop-down menu: 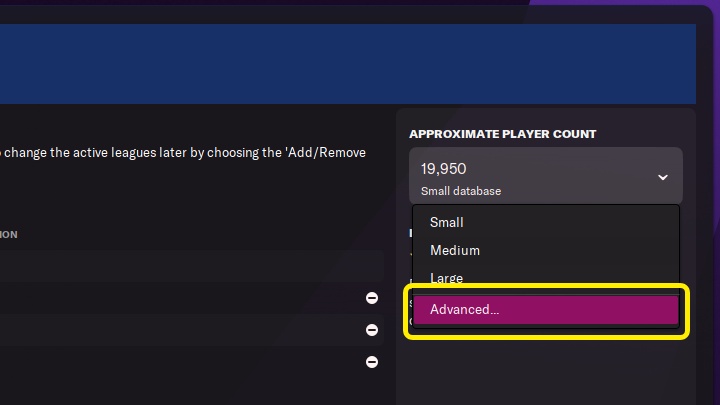 Before you start playing through FM 2022 you can, of course, personally expand or condense the players' database - all you need to do is to enter the Advanced settings tab. 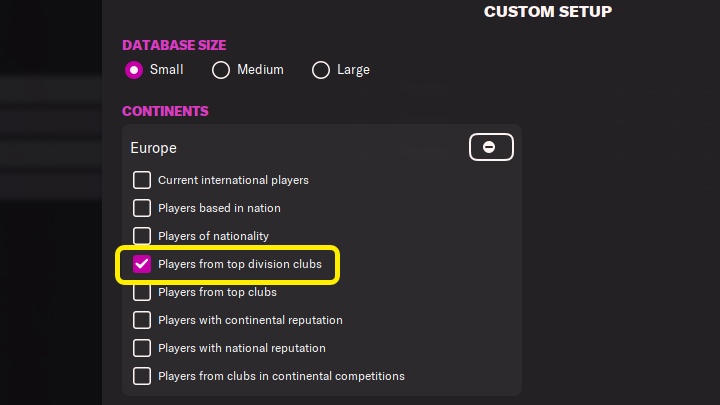 If you wish to look for immense talent (Wonderkids) in Football Manager 2022's transfer market, it's worthwhile to expand the database with players from the best clubs of given regions, such as Europe.

There are many young and skilled players who aren't playing in the top leagues and top teams. By choosing this option you'll receive access to databases from 2, 3 or even 4 European leagues. 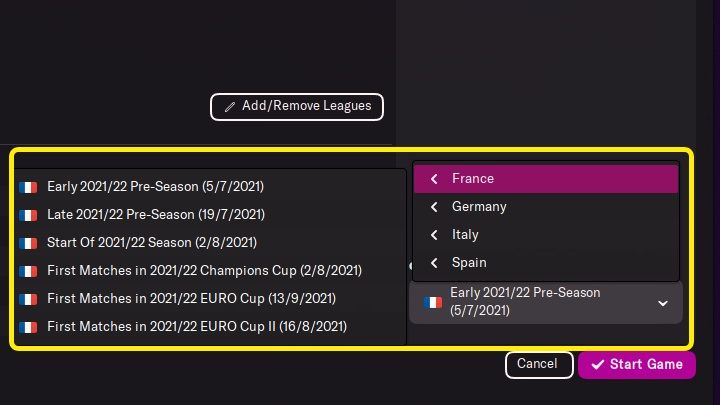 If you want to take control of a team as early as you possibly can, you could select the Pre-Season option. If you want to start playing through the league as soon as possible, simply select Start Season 2021/2022.

By selecting Pre-Season you must know that most of the players will probably by on vacation, so there won't be too many available players left. Some of them could also be injured, which means building a team for the first matches will be difficult. 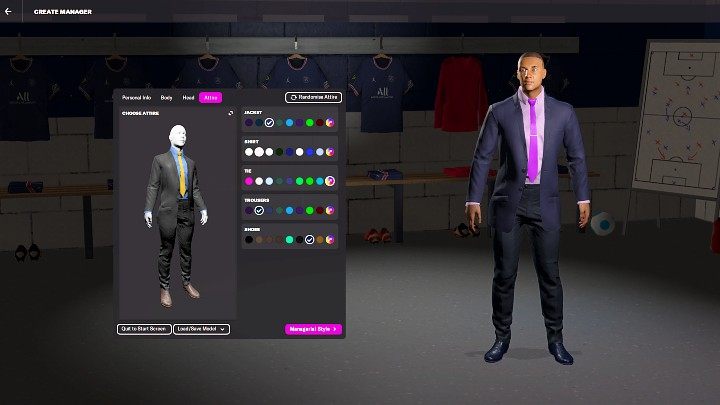 When creating a new manager in Football Manager 2022 you can not only name him and choose his nationality, but also modify his appearance: posture, hair, clothing, etc. 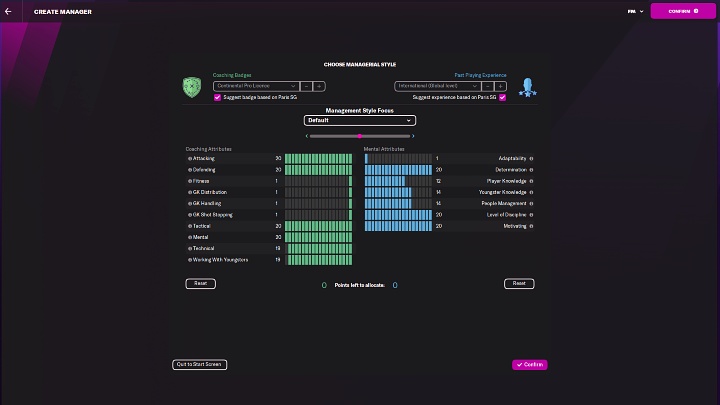 The Menagerial Style tab is far more important, as it allows you to set your character's attributes. You can of course opt for AI's suggestions (Default) or set his skills on your own. The picture above shows an example of the attributes distribution we recommend. You can change it around a bit, depending on your playstyle.