Tactics are the most essential part of Football Manager 2020. Your success on courts all over the world depends on the right formation and good game plan. The creation of reliable tactics is influenced by many factors, such as formation, team orders, individual instructions, the choice of performers of fixed fragments of the game. We should also not forget the role of the team captain, who has a huge impact on how Your team works on and off the field. After reading this section, the Player will receive a lot of valuable information that will help him choose the right tactics in Football Manager 2020. 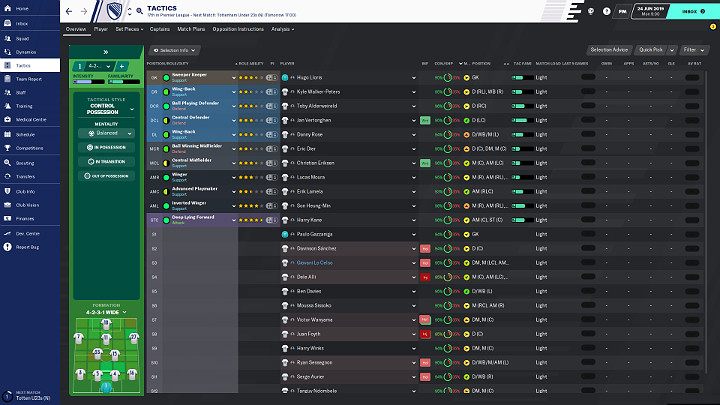 Formation and setting up players 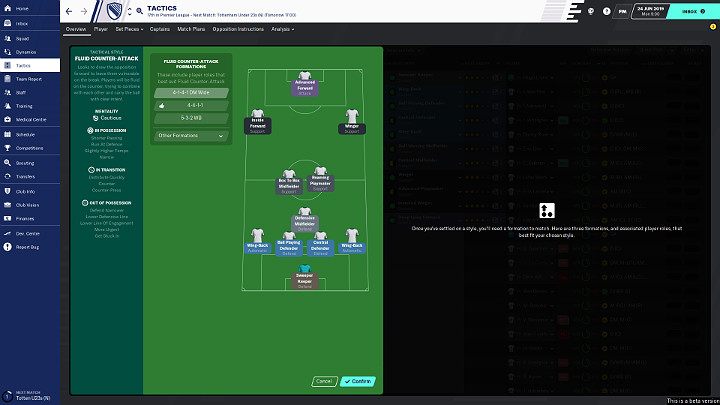 In Football Manager 2020 you can choose from a wide range of available formations, for example, 4-2-3-1 (4 defenders, 2 Central Midfielders, 1 attacking midfielder, 2 wingers, 1 striker), 4-4-2 (4 defenders, 4 Midfielders, 2 strikers, etc.). If you want to make adjustments to the formation of your own team, just "drag" the selected player and drop him on the desired position on the field - for example, you can choose a side midfielder and assign him a different role. In the course of making changes to the formation, pay special attention to the roles of the players, so as not to reach a situation in which the side defender is placed on the attack. Remember that each formation modification affects the quality and style of play of Your team and it will take a little time before everyone starts to correctly fulfill your tactical assumptions. After each change, it is worth spending extra time on team training, where players will be able to get accustomed to new tactics. Remember that the first defeat after changing the tactics doesn't mean you have to undergo extra changes. Get through a few meetings, analyze the new data and decide about changes then.

What formation to choose?

The formation should be matched with the players you currently own. First, get acquainted with the reports on the individual players to learn their attributes, strengths, and weaknesses. Then try to select a few best players on whom you'll base your tactics. When choosing a formation, take under advisement the depth of the squad - if you have only one good striker, it will be hard to create a well-functioning 4-3-3. 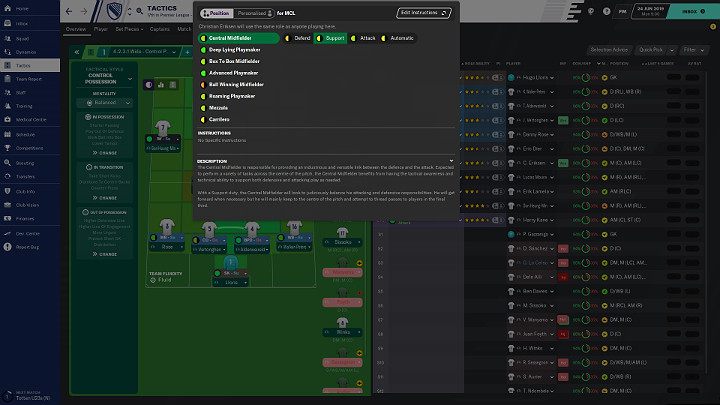 After choosing a formation, you'll have to decide what positions will be taken by the individual players. For example, two side defenders can perform completely different roles - one can behave like a defensive defender who always stays behind and is not included for offensive actions. The second, in turn, can have more offensive instructions and participate in the action conducted by the side zone of the court. Setting the appropriate role for a player is an important task because it determines the behavior of a particular player on the field. To select a role for a player, click on the strip under his shirt, and then select the appropriate role from the menu.

As a football club Manager, you can also give a number of instructions to be followed by your players during the match. It should be mentioned here that some orders for the team exclude the possibility of using other roles. For example, attacking in the center of the field blocks the ability of a winged attack

In Football Manager 2020 you can also give individual commands to all players. To do this, go to the tactics section and go to the players option. In this tab, you can assign specific instructions to them. 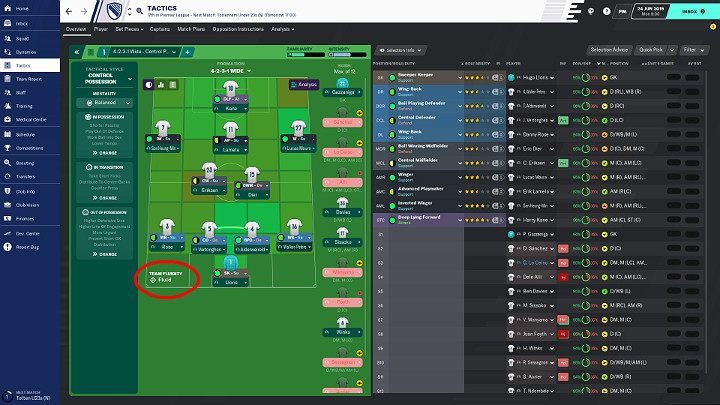 In FM 20 you can also decide upon the style of play. Depending on what style of play you choose, your players will behave differently on the field. There are the following styles of play:

Set pieces are a important part of the modern football. Many goals are scored after a well-performed free throw or a corner shot, when there is an opportunity to place the football in the enemy penalty box. Many top clubs have free throw experts in their ranks which can lead to more goals, but even the weaker clubs should contain a footballer who will perform them correctly. Set pieces can be divided based on the side of the field from which they are performed, and the current scenario (attack or defense). Remember that to perform certain set pieces, choose players that have developed skills of crosses and shots. When performing corner shots, pay attention to which leg the player uses when delivering the football from the corner of the field. The stronger foot determines whether the ball will be shot towards the goal or away from the goal. Your players are closely monitored by coaches and if one of them is not suitable for, for example, performing throw-ins, you will immediately be informed about it. 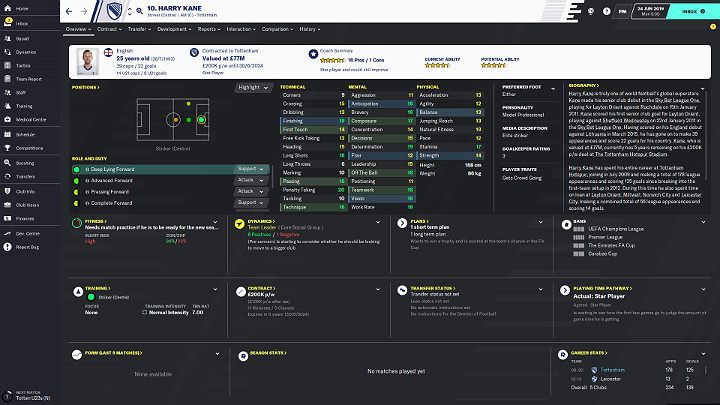 You need to choose the team captain before the beginning of the season. His main task is to properly motivate the players on the field, which can lead to better results achieved by the team. Moreover, the team captain is a kind of middle-man between the team and the Manager. If you notice there is a problem at your club, you can always ask the captain for his opinion and let him talk to individual players.