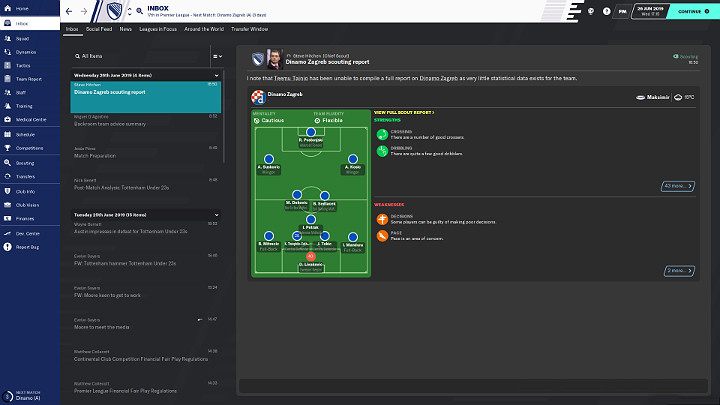 The scout's report lands in your email before the match, containing many useful information about the team you're about to face. Analyzing the information prepared by the scouts will allow you to familiarize yourself with the formation of the enemy and their chosen tactics. You're also view the opposing team's eleven, enabling you to assign certain roles to your players, e.g. sitting on a player from the enemy team who can cause many problems during the match.

After reading the report about the incoming match, you can move to setting up friendlies. When selecting a team for friendlies, your goal is to familiarize yourself with the playstyle of the team from the given region and introduce eventual adjustments to your team's tactics.

How to choose a sparring team?

Always try to pick a team from the region from which your next opponent is hailing. For example, if Your next opponent in the Champions League is a team playing in the Premier League, set up a sparring match with another team from that League. After such a match, you will have important information about what kind of football is played in England. 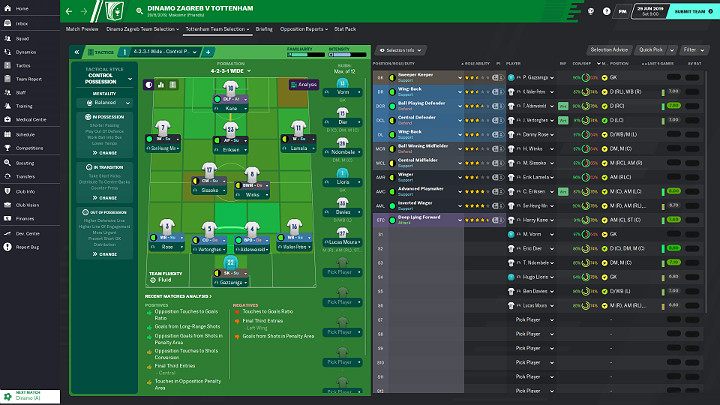 You've analyzed the scouts report and played a sparring match. Now, certain scenarios are surely drawn in your head, so you can choose the eleven for the upcoming meeting. It is worth noting here the fact that this is Your last chance to introduce possible changes in tactics, player selection and bench. How to choose players for the initial eleven? Read this chapter to learn more.

Players' physical condition and their attitude. 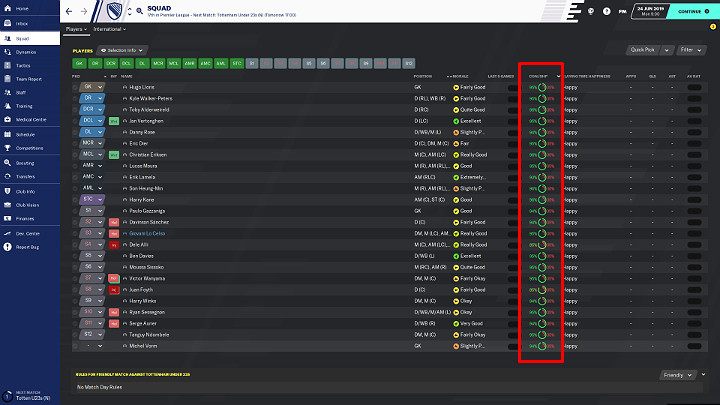 Always pay attention to physical condition of players that enter the field as a part of the initial eleven. The mindset is also important - only tuned-in players will be able to listen to your commands.

When placing players on the field, pay attention to whether they will be able to perform their role. Remember that in small clubs, most players can only play in one position. Better clubs have players who are flexible enough to play on more than one position. Interestingly enough, you don't need to have only "green spots" so place the players in such a way so they can realize tactical assumptions.

Pay special attention to the opponent's most dangerous players and, if necessary, order your players to man-to-man defense. It is worth remembering that sending too many man-to-man defense orders will affect your tactics for the match. 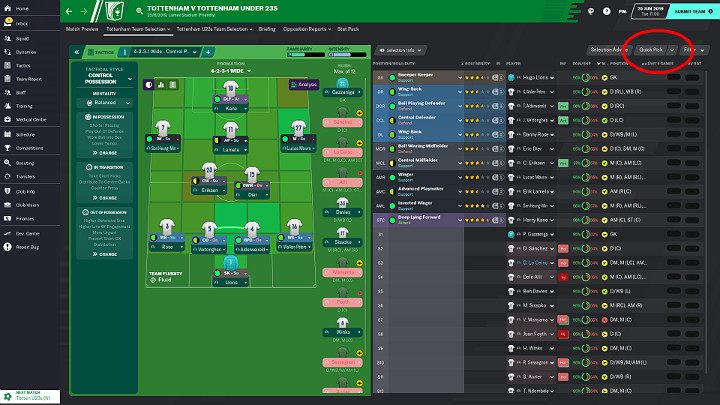 Quick choice is the best option for novice Gamers. If you are not sure how to set the players in the right position, Your assistant can do it for You. The quick choice option is available at the top of the screen, on the right.

Motivational conversation performed by an assistant

If you do not want to personally conduct a motivational conversation, you can entrust this task to your assistant. For this role, it is best to choose an assistant is good with motivating.