The first sparring matches should be scheduled around 2-3 weeks of the preparatory period. During this time, the players should return to shape, while the morale in your team will be high enough so that the team can proceed with the first real test of their abilities. Moreover, sparring matches are a great moment to test the chosen tactics and a final moment to introduce eventual modifications to the prepared game plan. 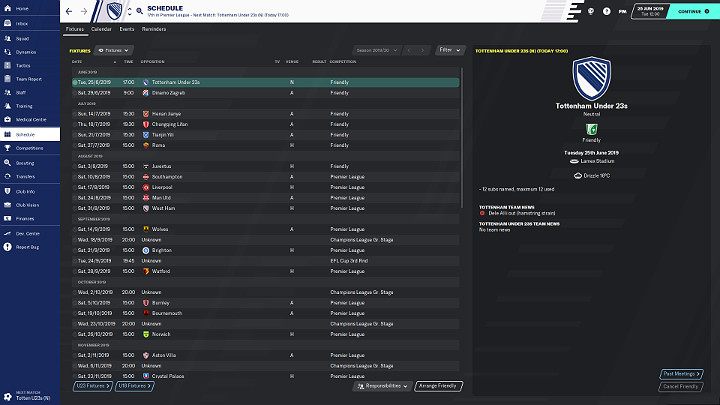 How to plan frendlies in Football Manager 2020?

The first friendly should be organized within the club with a team of juniors. This is the first and best way to test your chosen tactics. Further sparring matches should be played against more and more difficult teams in order to expose your players to increasingly difficult challenges. The final two friendlies before the grouping should be played against weaker teams to test reserve players. Thanks to these matches, you'll learn what players can be potential replacements to the initial eleven.

Sparring matches will enable you to test the chosen tactics. Sparring matches provide an opportunity to test a variety of tactical options and configurations of the team. If you notice that e.g. some area of the field doesn't work as planned, or one of the players do not meet your expectations, this is the best and final moment to introduce changes before a league match.