The general report should give you a lot of important data. You can use this data to create unique tactics. Now it's time to get acquainted with the players, who will have to complete tactical goals which are given by you. Pay special attention to the attributes of players that determine their abilities. Moreover, each player has a number of roles that he can perform on the field and favorite moves. 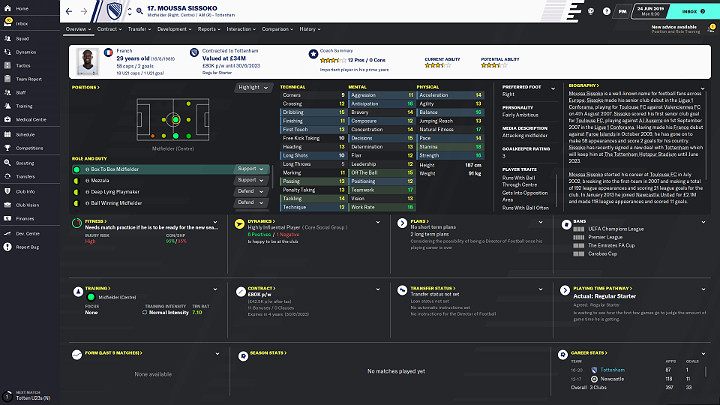 Test the skills of the players 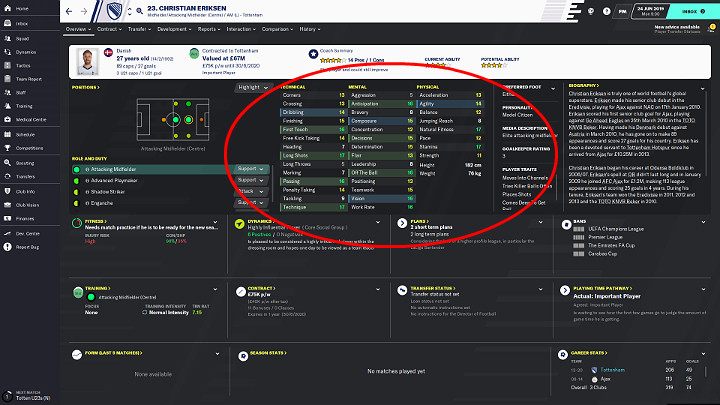 In Football Manager, the player's attributes reflect his abilities. Switch to detailed view to determine whether he is a right player for your team. For example, if you're looking for central defenders, you need to pay attention to such attributes: height, jumping, speed, as well as receiving and moving with the ball. There cannot be a situation where your defender cannot take over the ball and begin an action from a simple pass.

Check out the roles of the players 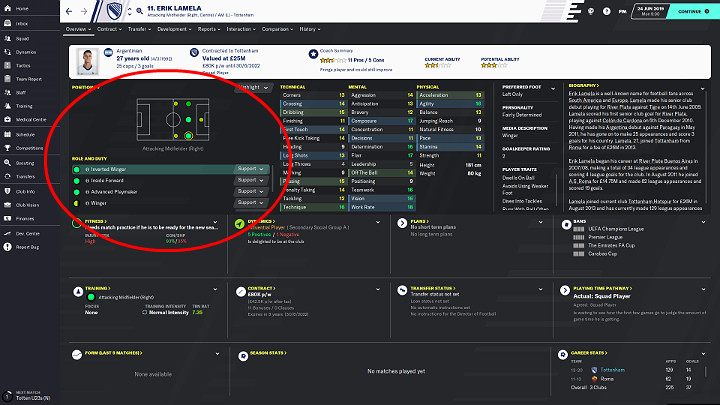 In FM 20, many players have only one main role and won't get satisfactory results when playing on a different one. It should be mentioned that in Football Manager 2020 you'll find many versatile players that can play both as offensive midfielder or winger.

Check out your players' favorite moves

Every player in your team has a certain set of favorite moves. The less developed players may have only one or two such moves, while the best players can have a lot of them. For example, if a side fullback likes to join offensive actions, plays on the line and places the ball to the sides, he will be a perfect player for weaker opponents. During such a match, you can give your player more freedom, but if the match is an difficult one, consider introducing a certain limitation which will keep players from leaving their posts.

Check if the player is right or left footed 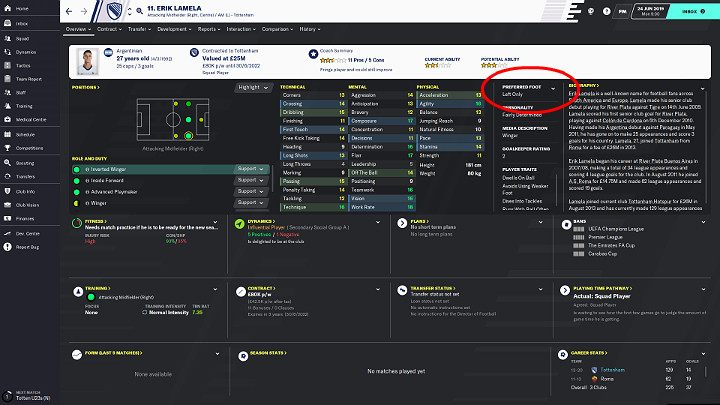 The vast majority of professional footballers from top clubs can play well with both feet, which is undoubtedly their great advantage. Unfortunately, such players cost money, and most of the teams cannot afford such players, especially at the beginning of the game. Among the weaker teams, you'll find players that can only play with one foot. Pay extra attention to such statistics when choosing players for the given position. For example, an attacking midfielder capable of playing with both feet who likes to go to the middle of the field from both wings will be an immensely valuable player, able to create a goal situation from almost any position.