After the preparation phase, you're going to the actual game. In Football Manager 2019 you can play an important role even during the match simulation and give instructions to your players, substitute players or modify tactics. The advice you receive from your assistants is also important. 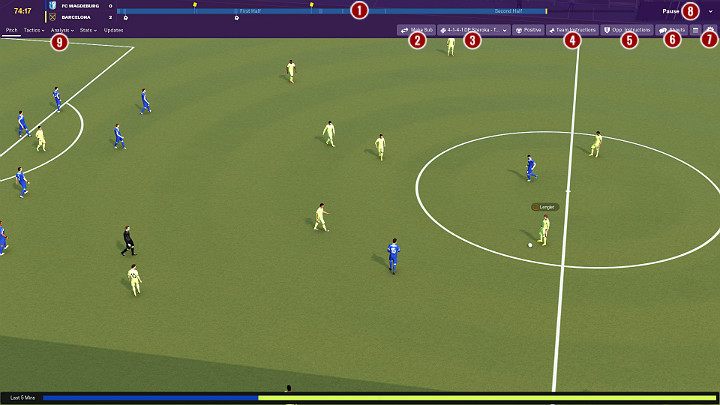 The match interface in Football Manager 2019 is clear and allows you to efficiently respond to the current situation on the field. Below you will find a description of all relevant options.

Team talk in the changing room 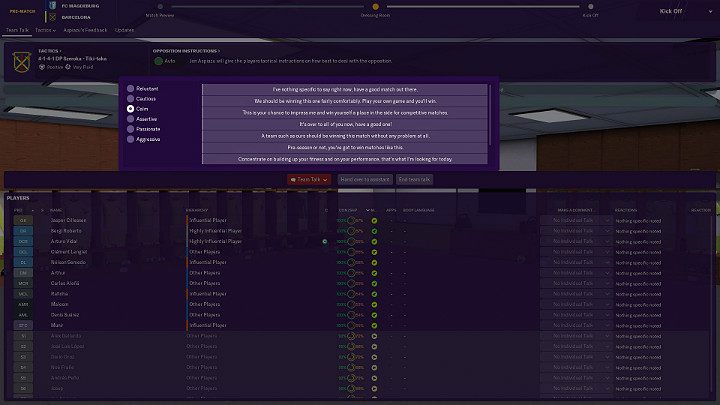 Before the players are out on the field, you have a last chance to motivate them to play better. Depending on how you conduct the conversation, you may see different match results. During the pre-match team talk, as well as during the break, it's worth paying attention to a few things.

Before the start of the meeting, try to say a few words that will motivate your players to fight. Properly motivated players will achieve much better results. If you have a problem with leading such conversations, you can always delegate this task to an assistant.

Don't be afraid to criticize

If during the first half of the match your team displayed a poor performance, you shouldn't be praising them. Express your dissatisfaction in a subtle manner and point at to what needs to be improved in the team's play. 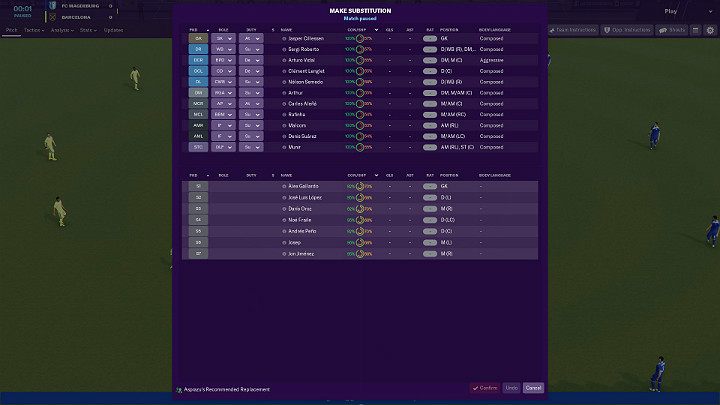 In each match you have a certain number of player substitutions. In league and cup matches the number is usually limited to three. To switch a player, it's enough to open the appropriate option from the match interface, select the right player and drag his name in place of the player from the reserve bench.

Before accepting the substitution, you have the opportunity to conduct a quick talk with the player who is about to enter the field. It's worth to use this option to ensure that your player is properly motivated.

Changing tactics during the match 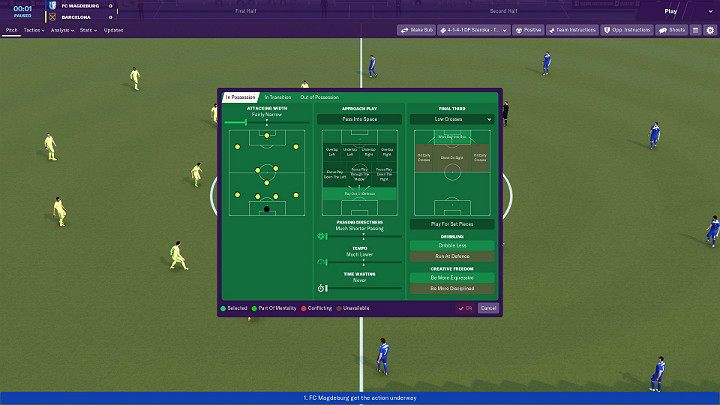 If the meeting doesn't go your way or when you see that you can use other play variants, it's a good idea to think about changing tactics. For example, if your players win the fight for the high ball in the penalty area, it's a good idea to advise the players to execute more crosses. You can also quickly implement the changes suggested by your assistant.

By using the change formation button you can quickly re-model your team's formation. However, you must be aware that your players can be moved from their usual position to positions that will not correspond to the teams play style, which will render them unable to implement the agreed upon tactics. 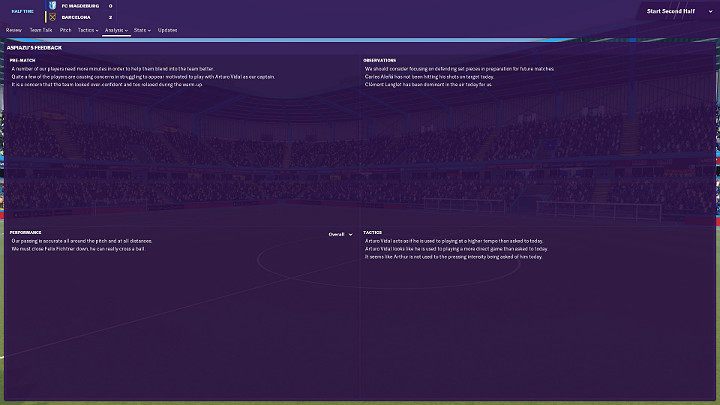 The assistant plays an invaluable role during a match and will always provide you with detailed reports about the current situation, as well as propose some changes. Pay special attention to the messages that are displayed during the match. The assistant will only suggest certain changes if something on the field doesn't work as it should. For example, you can get a hint about the poor disposition of one of the players, which will require a substitution. Another example is the situation when your players notoriously lose the fight for the high balls and you have to change something in the team's play style, so that they exchange more passes close to the ground.