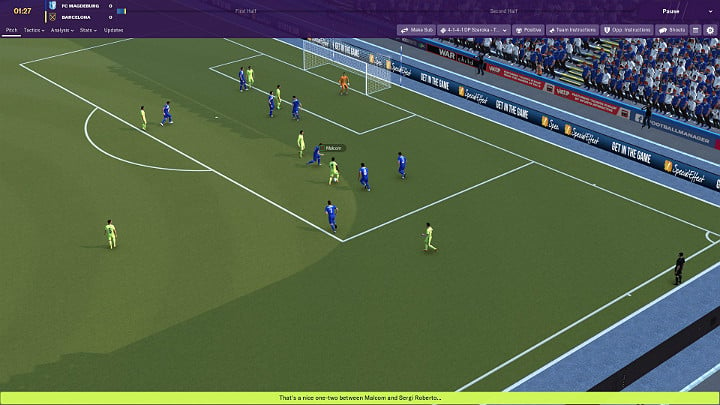 Football Manager 2019 is a very complex game in which there is no easy and simple way to success. It won't always go your way, so from the very beginning of your manager's career you'll have to deal with various problems: injuries, contracts, players' morale, tight budget. Here are some general advice that can have a positive impact on the management of your team.

Set yourself a goal to achieve

Depending on which team you accept under your wings, the club management will expect specific results from you. In case of weaker teams it will be to stay in the league, and the best clubs can be satisfied only with highest trophies. In addition to these main objectives, which should satisfy the board, you should set yourself your own goals, which will allow you to better manage your team. For example, at the beginning of your manager's career you can try to stay in the middle of the league table. Next season, try to play the European Cups to win a championship title in the third season.

Do not underestimate your opponent

Even if you lead the best team in a league, you can never underestimate your opponent, even if he is at the very end of the table. Football Manager 2019 is just a computer game so everything can happen here. Try to prepare the best for each match in order to avoid disappointment.

You won't get trophies using only the starting eleven. Remember to take care of the appropriate facilities and adjust them to your club's budget. Considering the fact that in Football Manager 2019 you will have different problems and injuries, you should have at least one player for each position in the reserves.

If you have decided to lead one of the best teams in the league, you can experiment with tactics and buy new players who will suit your style of play. However, if you've decided on a weaker team you have to find 2 or 3 solid players in your squad and build tactics for the whole team.

Preparations before the match 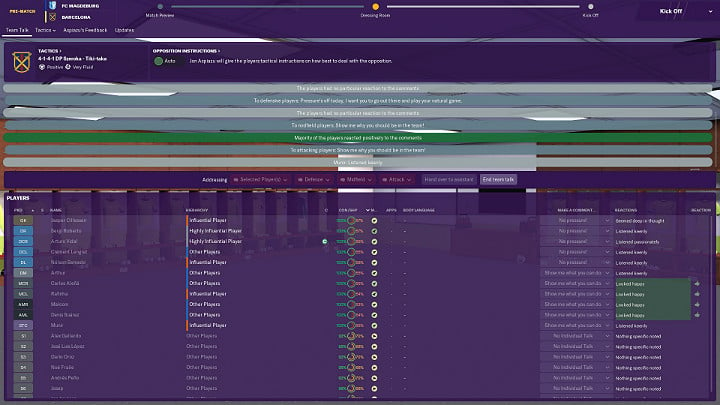 You have to prepare for each match individually. Whether you're playing with a theoretically weaker team or a league table leader, take a moment to review the Scout reports and assign instructions to the players. Don't forget about the pre-match motivational interview, which can have a positive impact on the morale of players. 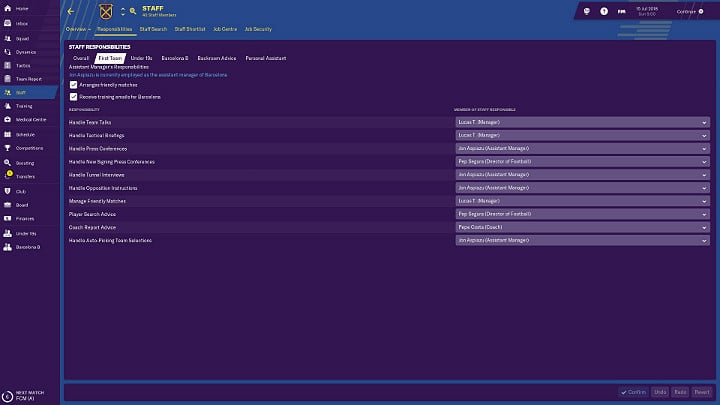 In Football Manager 2019 you don't have to manage everything alone. In your club you will find a number of specialists in each field, who can take over some of the duties on themselves. You can focus on the most important aspects of team management, and assign the rest of the side tasks to the appropriate employees.

When it comes to transfers, signing contracts and renewing existing ones, never agree with the first proposal that will be presented to you. Remember that your club's budget is always tight and you can't afford to lose extra money. Initial offers are always exorbitant, but if you negotiate patiently, you will always manage to get off the price and save a lot of money that can be used to invest in other ways.

Sparring is a great way to check out new players

If there are several new players in your team from the transfer window, you should check them before you put them on the main line-up in the next match. During friendly matches you have a chance to check your team before the season and improve team chemistry.

While checking the transfer window, try to buy only relevant players and sell players who will not suit your style of play. Don't make a total sale of your squad and don't buy players for power and prestige because you may have several players in the position of midfielder, of which 3 won't play at all and gain money for being a member of the team.

Search for opportunities on the transfer market

If you have a limited budget, it is a good idea to look for transfer opportunities. Special attention should be paid to players with free transfer and those on whom the contract ends. Some of them don't even have an agent who will negotiate their contract terms so you can get a solid player for relatively little money.

Track the progress of your players 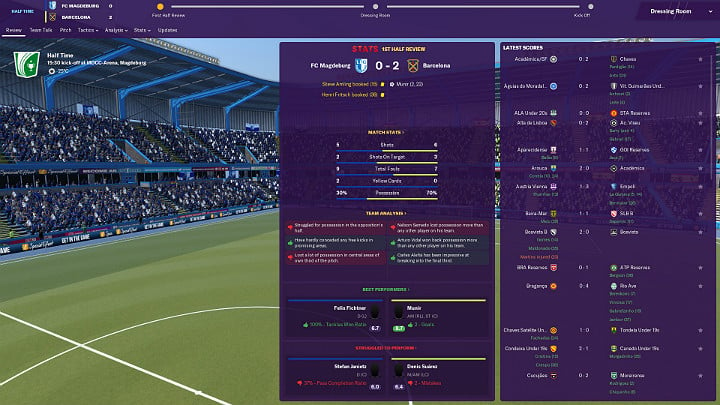 You need to keep track of the players' actions both in preparation for the game and during the game. If your team has problems on the pitch, try to change something in the tactics to improve the smoothness of the game. Don't be afraid to switch the best players in the game if they don't meet your expectations and introduce some from the backup, which can have a positive impact on the whole team's play.

Players at the end of their careers

Players who are at the end of their careers may have good attributes and skills and at the same time they will be brought in for a low price. It is worth considering such an opportunity, but do not exaggerate with the number of such players in the line-up because the vast majority of clubs count on bringing in young, promising players.

Objectives of the Management Board and reality

Before accepting the goals that the Management Board wants to impose on you, consider whether they will be achievable at all. Remember that the board will judge your work on the basis of these goals and in case of failure it may result in dismissal even in the middle of the season. If the goals presented by the board are unrealistic to achieve, try to negotiate.