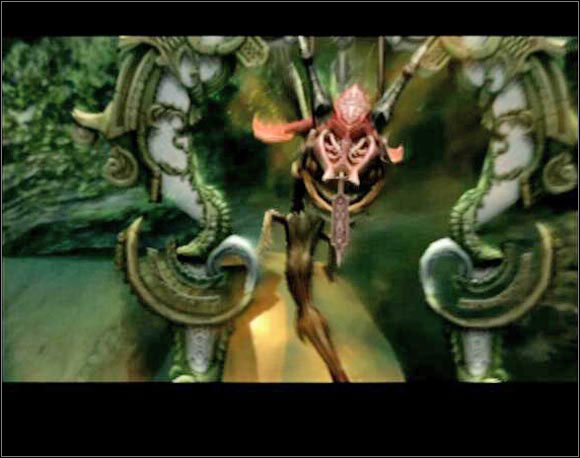 Zodiark, the strongest esper, can be found deep in Henne Mines. You will be able to get there after you talk with Geomancer in Jahra. But he needs to know if you are dignified, so you have to defeat "Mindflayera (rank IV)" and obtain at least 10 espers. Zodiark is in a small chamber (take a look at the map) but it is impossible to get there from west - you have to walk through the whole mine and get inside to that chamber from east.

Before the fight you cannot save the game, so heal all your characters before going inside the chamber. Zodiark's attacks are:

His HP level is quite easy to decline. But there is another surprise. Zodiark mobilize himself when he doesn't have much HP left. He uses Shift then, to change his weakness. Next he uses Magick Barrier and Force Barrier which makes him resistant to every kind of damage. In that state often he uses Faith and Scathe. As soon as he starts to use Faith on himself use Dispel on him, because combination of those attacks can be dangerous. After some time he will use Darkija and after that his Magick Barrier disappears. In that moment he uses Reflect. Don't waste time on dispel, because Magick Barrier restores very fast. When his barrier disappear attack him with Scathe, but remember to wear Opal Rings.

If your whole time dies, first thing you do after entering new chars is bringing everyone to life on reserve and restore their HP level.

In the whole fight the longest part is its end. But if you conform to my advices you will finish that battle fast and get that esper.