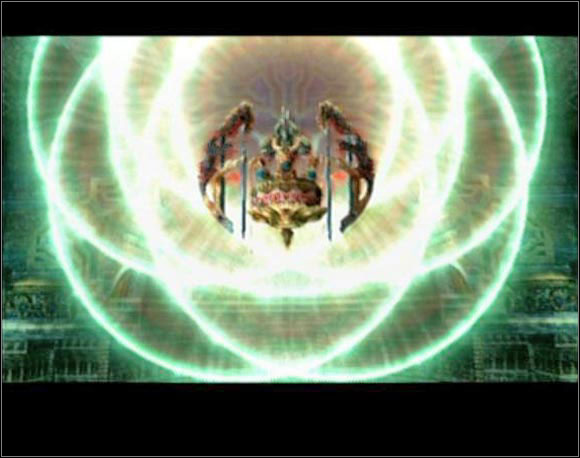 This is a very tough opponent, because you are not allowed to use normal attacks in this battle. Chaos starts the battle with four helpers called chaosjets. Each of them have an elementary weak point, but it is not worth to attack them with elementary spells. The best way is to attack them at one time with Scathe (if you have it already) or different (but not elementary) spell.

Do not forget to set all gambits connected with mana to: "Self: MP<10% ---> Charge" before the fight. The wizard that has the biggest magick rate, should have Rose Corsage, to keep his spells unstopped by Chaos's silence spell. Others can also use magick if they are able to, but they should keep the main wizard in a good health condition.

After killing all Chaosjets, take care of main dish, Chaos I mean. His attacks are:

What's more, he helps you when uses his normal attack, because it also has an influence on him.

At the beginning cast Bleed or Scourge spell on Chaos. That causes Sap. The good idea is to use Shear too, which decreases his magic defense. The only one thing left is to attack him continuously.