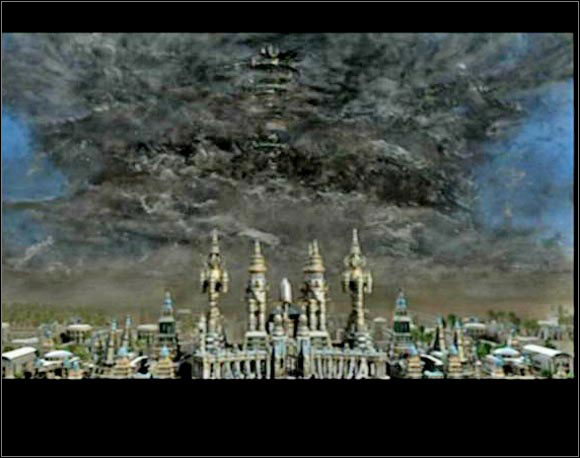 This is it. Finish what you have to finish, gain what you want to gain (don't forget that new spells are now available), board the Strahl and fly to the Bahamut fortress. From there there's no coming back. 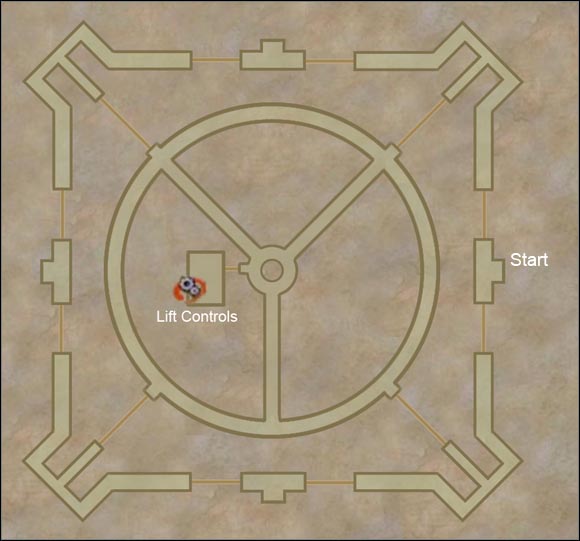 Everyone on the ship drop Phoenix Downs, different Potions and gils.

Rooks spawn only on the big ring in the middle.

Gabranth starts the fight with few Circle of Judgment. Later on he uses Innocence which deals damage to everyone. He also knows how to use Enrage thanks to which he becomes stronger and faster.

Somewhere around half of his HP he'll start casting Renew, which means that he has about 35 000 HP left... Personally I managed to finish him before he could end casting it.

If you do it be on your guard because when his HP reach the critical level he can pull off long and fast combos.

After you defeat him heal your party members, buff them up and use Lift Controls once again.

Upstairs you'll face Vayne. Larsa will support you in this fight.

Defeated Vane transforms into this creature. He's lot stronger and swords start floating around him. You may deal with them one by one, just don't use any elemental spells because a single sword may be vulnerable to a particular element but another one absorbs this damage in other words: what weakens one strengthen the other. Personally I recommend setting a gambit "Foe: Highest Max HP -> Attack". Thanks to this your characters will focus on Vayne.

The enemy himself has changed his ways of acting. Now he depends more on magick than on brute force. From new attacks there is e.g. Contempt, which focuses only on Gabranth as I recon. There are also Invidable Will and Tree of Sephire which deals damage to everyone. At the end of the battle Vayne will use Magick Barrier on himself, but it isn't a problem - just use attacks based on physical damage.

This fight unfortunately doesn't end it yet. You'll have yet to face the ultimate form of Vayne - The Undying. Defeat him and this will be the end.

In this form Vayne uses really powerful attacks. Mostly he uses ordinary attacks and Divine Sword dealing damage to only one character. His spells starting with "piercing" work just as the normal ones but are stronger. Besides he knows four attacks that hurt your whole party and they are: Mega Flare, Ascension, Gigaflare Sword and Tera Flare.

He also strengthen himself by casting Faith and Bravery (dispel him at once) or by becoming resistant to physical and magical damage by using Force Barrier, Magick Barrier and Perfect Defense. After a certain time he starts using Force Barrier and Magick Barrier by turn so keep you eyes open and use the suitable attack. Later on he'll use Perfect Defense and there's nothing you can do about it - you have to wait it through.

When his HP reach the critical level his power raise dramatically and to be honest the stairs begin right here. Fortunately it's not long before the battle is over. Now you should equip Bubble Belts on every party member and when your companion dies use Arise and not just Raise. It will buy you some time so you could attack your enemy.

This is the last battle so don't go greedy on your items or gils. When you done with him all what is left is to watch the cut-scene.