On this map the hidden terrains are marked in red.

DO NOT use the Way Stone you got here through - it'll teleport you back on the first floor and you'll have to make your way here all over again [screen 1].

To the end of this ascent leads no ordinary path. You'll have to use Way Stones here and you always will have to choose one from among few others [screen 2].

But don't worry - I'll show you the way through this labyrinth.

The Way Stones on this ascent have different colors and to reach the end you have to use them in proper order.

There's two paths leading to the same goal - the normal one and a hidden one. I recommend the hidden one but the choice is yours.

With these last portals is a bit complicated matter. I've heard that you have to pick one in the color of the altar you have chosen in the second ascent, but for me each one worked - no matter which color did I pick I always found myself at the destination.

No matter which path have you chosen now you'll be on 86 floor. Run along the corridor on your right and at the end smash the wall on your left [screen 1]. Run to the end and use the Way Stone there.

You'll be teleported to the floor No. 88. If you have chosen the hidden path you will probably be attack by a rare mob - Tower. Deal with him.

You'll also find an elevator on this floor [screen 2] and a Way Stone which lead to the 79 floor, but if you use it now you won't have to fight all those monsters that usually appear there.

If you get on the Dais of Ascendance, you'll be attacked by Hashmal. So before you do that prepare yourself. 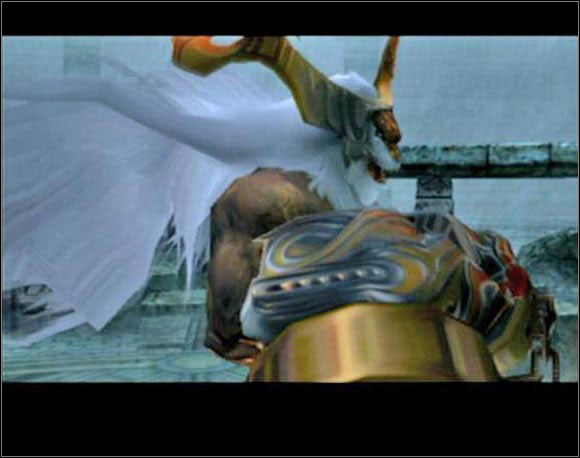 Hasmal is another esper for your collection. Just as the former enemies in Pharos he doesn't have an expanded spectrum of attacks.

After the battle the elevator will take you up. In principle there's nothing interesting. After walking several meters you'll see a cut-scene and you'll move half way to the end. Don't turn back - it's no use. Go to the crystal, save your progress, run to the end of the corridor and use the Way Stone there, but before you do this make sure that you're ready for a long and exhausting battle, which awaits you upstairs.

The fight begins with Gabranth: 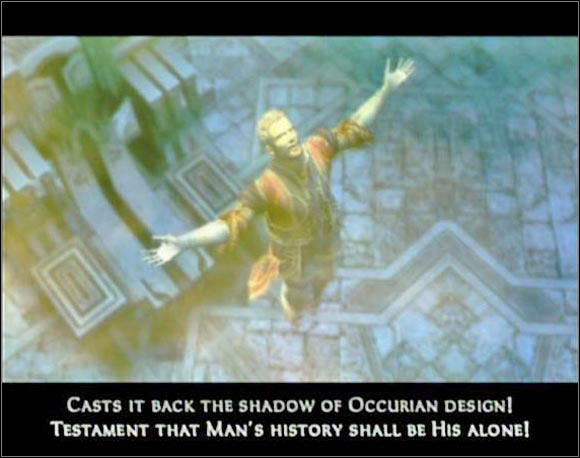 Recipe for a God: take a mad man, a few stones with huge power and a God that has betrayed the other Gods and is willing to help you. Oh right - it's important that the mad man was a hero in one of the Final Fantasy games.

At the beginning use Dispel on Cid. In the first stage of battle he doesn't show off with a great amount of attacks. He uses only the ordinary attack and the Gatling Gun. When you get rid of about half of his life he'll summon Famfrit and becomes resistant to every attack - physical and magical. The only way to make him mortal again is to kill Famfrit.

Famfrit's element is Water, so the damage he'll deal you will be based on water. He himself is vulnerable to Fire - Firaga and Wyrmfire shot will come in handy. During your fight with Famfrit Cid will cast on him protect, shell and haste. If you dispel him right away Cid will start casting the buffs all over again - it's a good way to prevent him from attacking your party.

After you deal with Famfrit the barrier protecting Cid will disappear letting you finish him off.