There's nothing worth of interest in here (for now) so go straight to Pharos. Immediately, even before you can reach the lighthouse, Hydro will attack you. 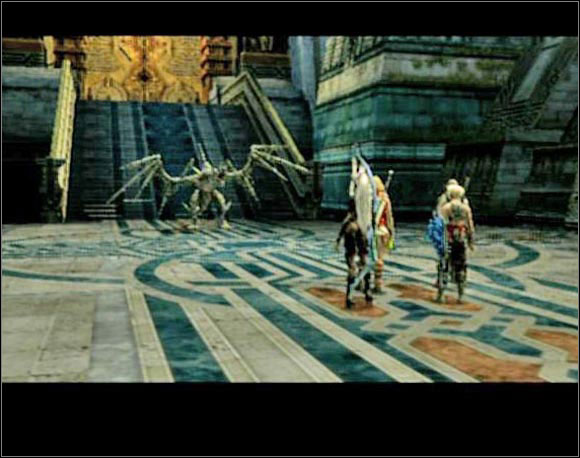 Hydro is a dead dragon. I can only imagine how awful stench he must emit - that's probably the reason why his attacks cause so many bad status effects.

His most ordinary attack may cause the poison status, his bite may cause Sap to one of your heroes and Bio may cause Sap to all heroes in the range. The worse attack from these changing statuses is Curse, which except for Sap may also cause disease, confuse and poison.

Besides these attacks he also uses darkra, crushing fangs and - the worst one - Fearga, which drains all mana points from all party members in range.

For defeating this one you get 2000 gil from Montblanc.

After the fight go inside.