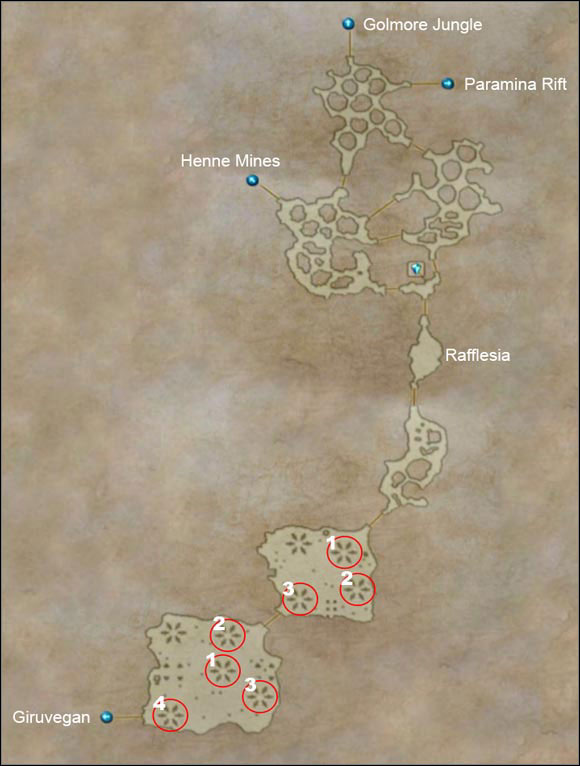 The red circles shows the locations of Feywood glyphs which you have to activate in proper order to be able to go further.

The last five mobs appear on the Ice Field of Clearsight after you defeat everything there and on The Edge of Reason as well. Also they appear after you visit Giruvegan - not earlier.

There are to ways to get to Feywood - through Golmore Jungle or through Paramina Rift. In Feywood go south to the area with save crystal. You'll see there a thick mist which blocks the path. Simply approach it to make it disappear (it's here only in case you got here before to plot).

In the next area you'll have to face a boss, so I recommend saving the game and get ready for the fight. Cast protect, shell and haste on your party and berserk on one of you dmg dealers. Touch the crystal to replenish you strength and run to the next area.

During this battle your MP will be slowly drained and, if that's not enough, Rafflesia will drain it also with the help of Syphon. But it really doesn't have too diverse attacks. It uses Nectar Volley which deals damage to everyone in front, Pollen Dance which causes different bad status effects and Cry for Help, which summons malboros to it's aid. When they appear it's better to take care of them first. They are also a good source of mana - as soon as they appear use Syphon on them (because Rafflesia is immune to Syphon).

For defeating this enemy you'll get 1800 gil from Montblanc.

After the battle keep going south till you reach a quite vast area. 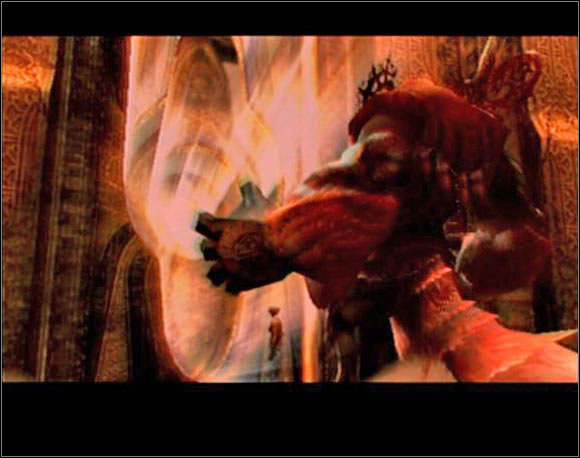 Open sesame... or else that big one behind me will take care of you.
See/Add Comments
JOIN FOR UPDATES