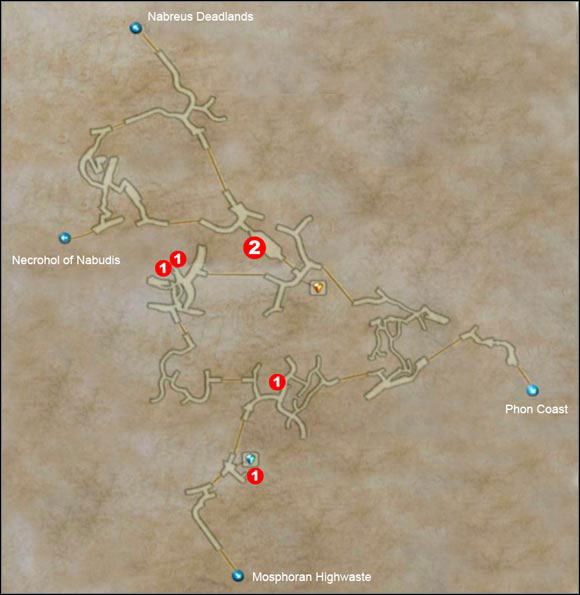 1 - Forest Bungalow - there the resting moogles can be found,

Run straight to Phon Coast. There you'll find closed (and unfortunately broken) gate. You'll meet there also the Moogle Boss [screen 1]. Talk to him. He'll ask you to bring him his resting crew out of the Salikawood. In the upper right corner, under the mini-map, a found-moogle indicator appears. It shows how many moogles did you find out of 9. Return to the forest and visit every single Forest Bungalow (see map above) [screen 2] and tell moogle, that they have to get back to work. The last one will ask you whether you want to go with him back to the gate or not and answer him "Yes".

The gate will be fixed in the blink of an eye and you, beside the access to the Phon Coast, will get one pair of Quasimodo Boots. In the forest you may also face a boss called the Bomb King, but it's not necessary for you to fight him and still the plot will proceed. Details about him can be found in chapter called "Bosses not connected with the Plot".