The red circle before the hall where Mateus is shows the entrance to a hidden passage. 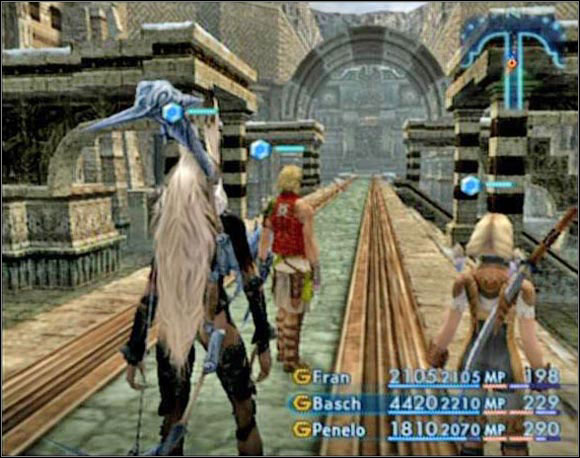 When you enter the Stillshrine keep running south till you pass the Gate Crystal. From there go to the main entrance to the temple which is guarded by some Kiltiases.

In the temple you'll run across moving ornaments: Miriam Guardians (on the left side) and Miriam Facers (on the right side)

Save your progress and run downstairs. Enter the next area, run to the intersection and turn left. Run straight in the direction of Dakrmare, kill it and run down the stairs. Approach the Sword of Judgment and read inscription.

At the end of corridor, behind your back, door leading to a Way Stone will open. Go there and use it. You'll be teleported to the first hall. Run towards exit but do not leave. Stand before the exit and turn around so your back were facing the door. You should be able to see a stair set on your right. Run there and touch the door downstairs.

From now on Ghouls and Zombie Warriors will start to come from the ground so be careful not to be caught off guard. Enter a huge hall and go to it's center - you'll find another statue there. Turn this one also counter clockwise. And leave the hall using the other exit (the one you didn't use to get here). On your way to the third and last statue you'll be attacked by a boss called Vinuskar. He'll appear in a round chamber with three holes in the floor (look at your map). 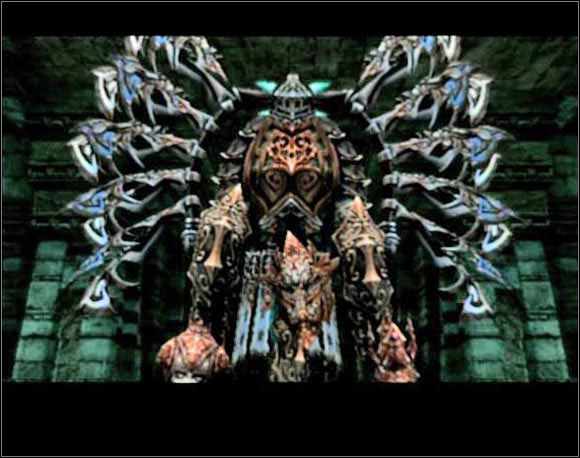 This isn't an specially hard boss. It has somewhere around 15 000 HP but it emits a strong electromagnetic field which causes all your heroes move a lot slower and especially those in heavy armors and, if it's not enough, Vinuskar cast slow on you from time to time. Beside the ordinary attack and slow Vinuskar knows how to use Sword Dance - this one deals damage to all of your characters.

For killing it you'll get 1100 gil from Montblac.

After the battle run to the third statue and turn it clockwise twice. A message should appear: "The Colossus has undergone some change". If it doesn't appear it means that you have done something incorrectly. Look at the map above - the statues should be facing the same directions as these on the map (the yellow arrows shows which direction they're facing).

If the message did appear that means that everything is all right. Go through the chamber where you fought Vinuskar and into the one with colossus. You'll see that he has risen his sword. Run right (northward) and through the door there. You'll land in the firs hall again. Make your way to the Way Stone and touch it. Now the road to Mateus is open (but before you go for it I recommend saving the game).

On your way to Mateus you pass a hidden passage leading to a random, valuable treasure (like Dark Matter or Shell Shield).

The disappearing wall can be found between Blood Gigases and the Darkmare. All you have to do to make it disappear is to get close to it and wait for a while.

You'll find yourself in a staircase. Run to the end kill Oilings that drops from time to time from the ceiling. Just before leaving the staircase [screen 1] use float on the whole party - just at the beginning of the small area where you're supposed to enter is a mine and you can't go around it. All you can do is to fly over it. There a Rare Game can be found: Matriarch Bomb, a whole gang of Oilings and a mined treasure [screen 2]. First of all - kill all the enemies and then with float status on you simply approach the chest and open it. 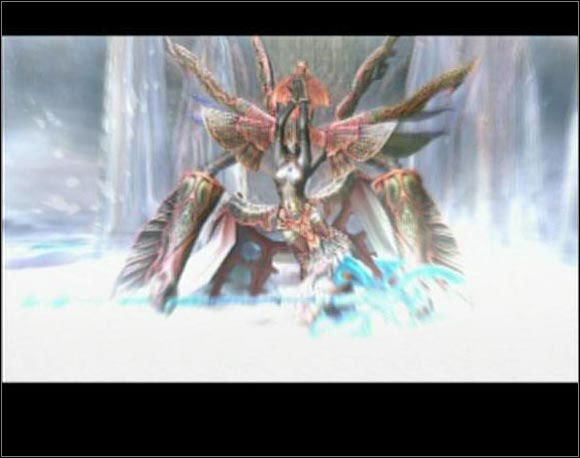 Begin the battle with killing every single Azer - attack using thundara as often as you can. When you deal with them take Mateus on. Hit him also with thundara till the moment when he uses reflect on himself. Now you have to attack him directly. The best choice now is berserked Storm Spear. If one of your characters uses a one handed weapon equip him the Ice Shield - he'll suffer only half of damage dealt with the power of Ice and thanks to this hero will be able to support others and especially the Storm Spear. 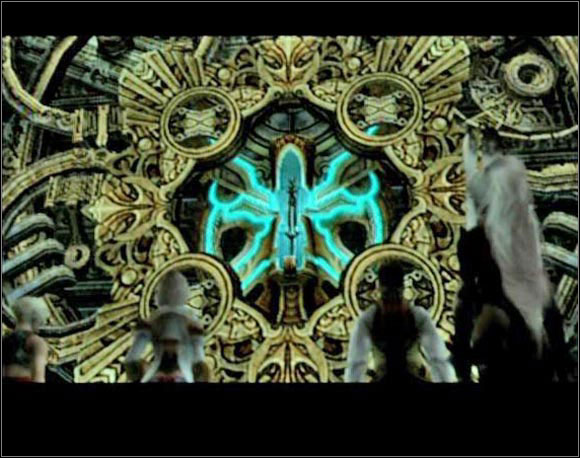 Now leave the temple and get back to Mt Bur-Omisace. There, in the area with chocobo stables, save your progress and run to Holy Circle. Another boss fight awaits. Now it's Judge Bergan and his three henchmen.