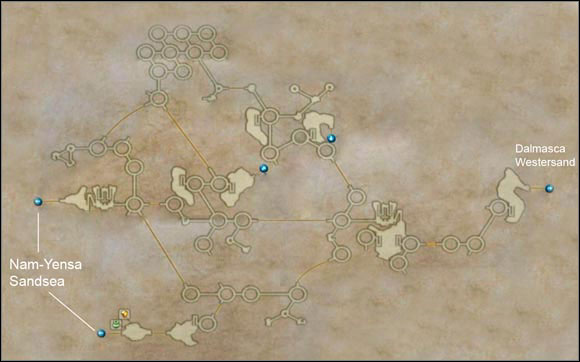 The exits which aren't described lead to Zertinan Caverns

Go to the north-western exit from Ogir-Yensa Sandsea (unless you need to replenish your stock). There you'll see a moogle talking with one of the Urutans. When you get closer the Urutan will run away. Talk with moogle and ask him to repeat what the Urutan has said ("Tell me"). He'll tell you that on Nam-Yensa prowl a giant tortoise which feeds on Urutans and they aren't able to handle them. The little Urutan asked for help. Go deeper inside Nam-Yensa Sandsea.