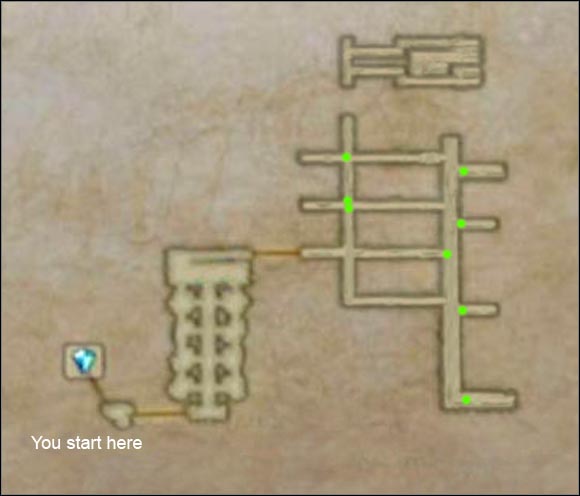 You'll get to know that servants aren't allowed to go upstairs, but after the cut-scene try even so. A brown seeq will see your attempt. Go talk to him. He'll say that he's willing to help. Use the square button to call the guard and go a bit aside [screen 1] and when the guard starts talking with the seeq slowly go upstairs [screen 2].

Here you'll have to use your head, but don't worry - if any of the guard spots you you'll start from this point. Here I have attributed numbers to horizontal alleys starting from the bottom. Also I refer to the left vertical alley as "A" and to the right one as "B".

After the cut-scene run upstairs.