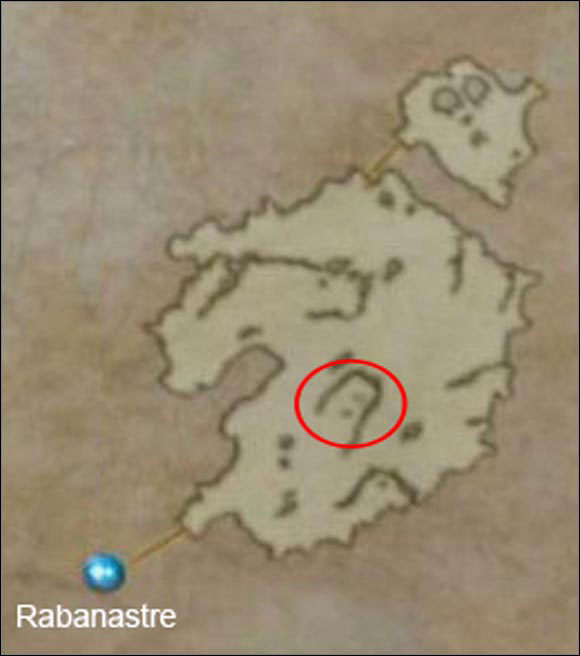 The red circle indicates the whereabouts of Rouge Tomato. The small area to the north is an outpost occupied by people of this dessert. Their village is further north.

The dessert is full of monsters. They aren't especially strong so use this opportunity to raise Vaan's level. Just be careful and don't fight two cockatrices at once (at least at the beginning). Also don't even think fighting the Wild Saurian (big, green tyrannosaur) - you'll be dead before you could even act.

On a rocky ledge, just in front of Rabanastre's East Gate you'll find the Rouge Tomato. Go there and kill it. It's pretty strong (at least for your current level), but you should have some potions in stock and you shouldn't have any problems with the enemy (just remember to use them). After you dispose about half of its HP it'll jump down. Go after it and finish it of just look out for the wolves there. Try to lure Rouge Tomato somewhere, where aren't any other monsters. 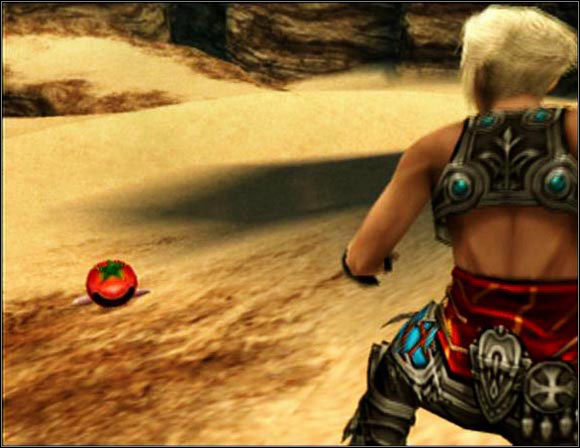