This page of the Final Fantasy 7 Remake guide contains a description of the fight against Arsenal. This boss battle takes place in chapter 17 - Deliverance from Chaos. 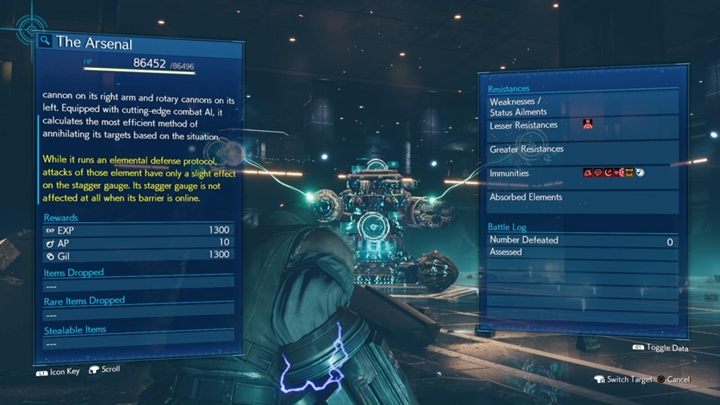 It is one of the toughest and tedious fights in the whole game. You are accompanied by Barrett and Aerith, meaning you have to make some changes. Let Aerith have strong offensive spells (e.g. Thundaga) and Healing Materia (with Magnify). Barret will focus on Aerith's survival and support e.g. by using items. Arsenal has 86,496 HP - the fight is divided into several phases. 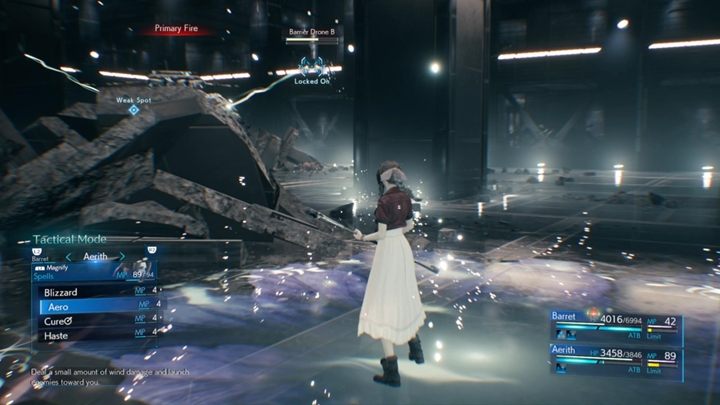 In the first phase, you have to focus on attacking and destroying drones' Barriers. The best way to do this is to use Aerith - use the Arcane Ward on yourself and cast strong spells at the drones. Hide behind obstacles and columns when the enemy fires at you. In the meantime, Barret has to use Lifesaver + Chakra to heal himself. When Aerith runs out of MP, use Ether on her. 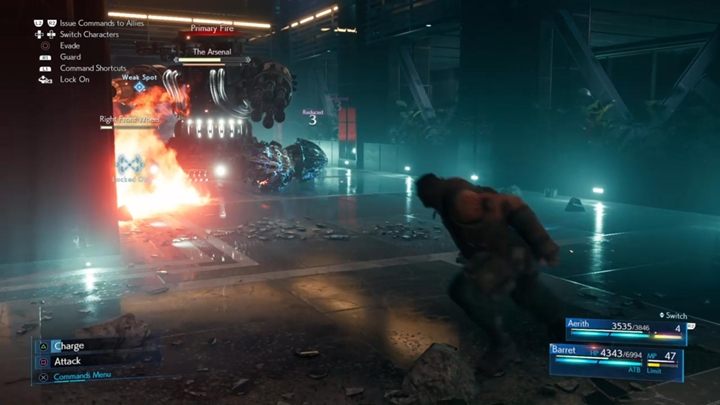 In the second phase, Arsenal will become much more mobile. Avoid his charges and circle around the shields to avoid attacks. Jump between characters so that the enemy gets "aggroed" by the hero you aren't controlling - this will give you time deal damage the boss. Focus on attacking the enemy's wheels - this is a good moment to call a Summon. The enemy will perform Primary Fire attack from time to time - focus on the cannon to stun the enemy. Then attack its wheels to build up the stagger bar. His laser attack - Pulse Cannon - works on a similar principle. You can damage the boss during this move. 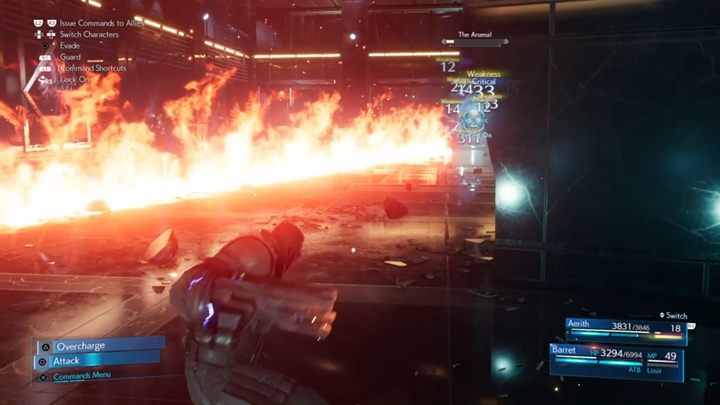 In the last phase of the battle, the enemy will start charging a very powerful attack. Keep attacking the boss and then hide behind a pillar at the end of the attack. You have very little time to take down the boss. Another attack will kill the team, so you must defeat the boss before the second beam is fired. Try to save a Limit Break, e.g. Barret's, or use Arcane Ward and cast a powerful spell on the boss.