The last chapter of the Bosses section is devoted to the final battle against Sephiroth. You face this opponent during Chapter 18's finale - Destiny's Crossroads. 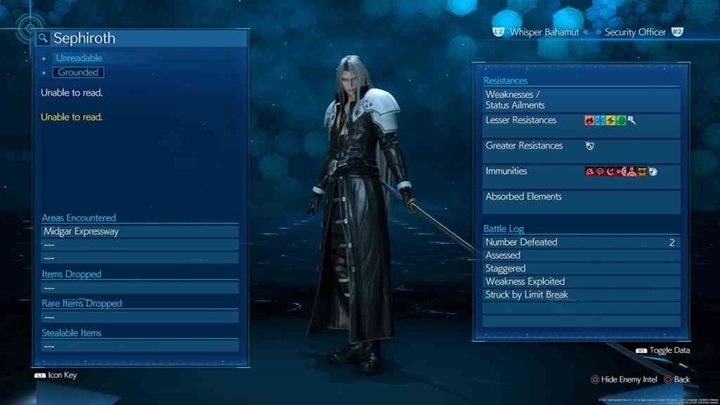 The battle against Sephiroth is long and divided into several phases. The enemy has immunity to most negative statuses, so it is a waste of time to cast spells on him. Cloud's and Tifa's attacks work best here.

The first phase is Cloud's solo duel with Sephiroth. Use Punisher Mode and block enemy attacks including Telluric Fury. Avoid Firaga and block Blizzaga. When the enemy uses Scintilla, stop attacking - Sephiroth will counter your attacks. 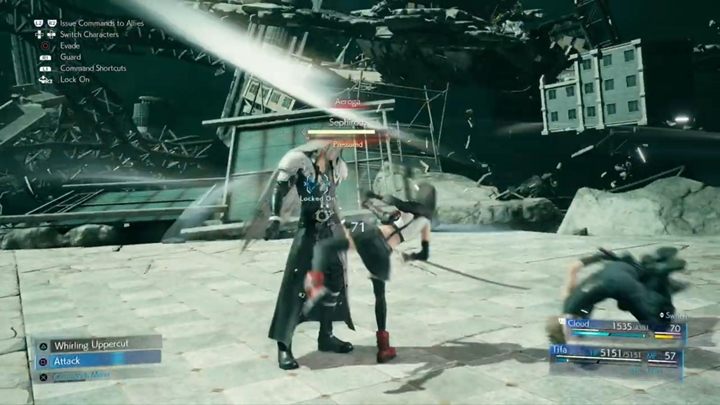 After a while, the first companion will join you - depending on the choices in the game, it will be either Aerith or Tifa. The enemy's attacks will become much stronger. When the enemy uses Hell's Gate, avoid his sword attack and then move from the purple fields on the ground. Block Aeroga. Telluric Fury is now difficult to counter - better focus on blocking. 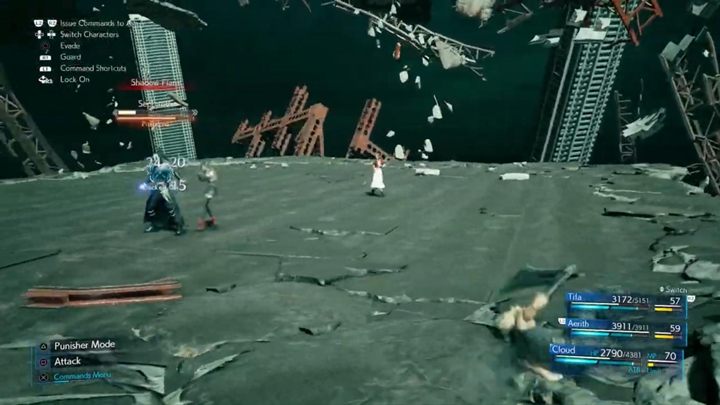 After a while, Tifa or Aerith will join in - this begins the main battle with the boss. Use Punisher Mode when the enemy performs regular attacks to counter him and use strong attacks when he gets staggered. When Sephiroth performs Octaslash on a team member, switch over and quickly heal the injured one. The enemy will start to reinforce his attacks with elements: Thunderstorm, Frostspike, Flamewall, Shadow Flare. Use a Summon, try to avoid as many attacks as you can and let Aerith heal the team. Cast Regen on the whole team. 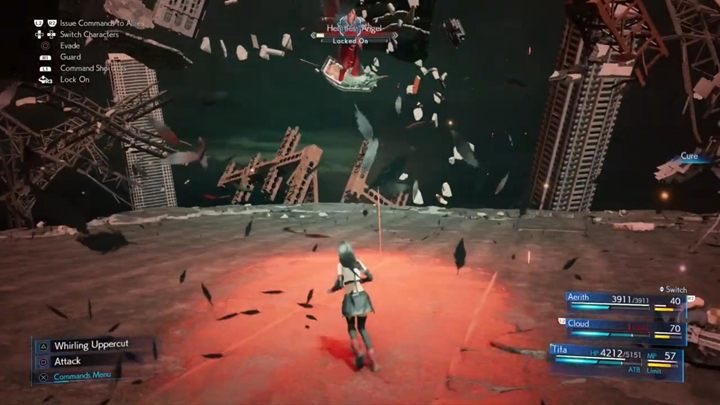 During the final phase, Sephiroth will begin the countdown - you must kill him before he finishes counting. The enemy will start using a new attack, Heartless Angel, which will leave a given party member with 1hp.