The following page of the FF7 Remake guide contains a description of the boss battle - Jenova Dreamweaver. The fight against this boss takes place in Chapter 17 - Deliverance from Chaos. 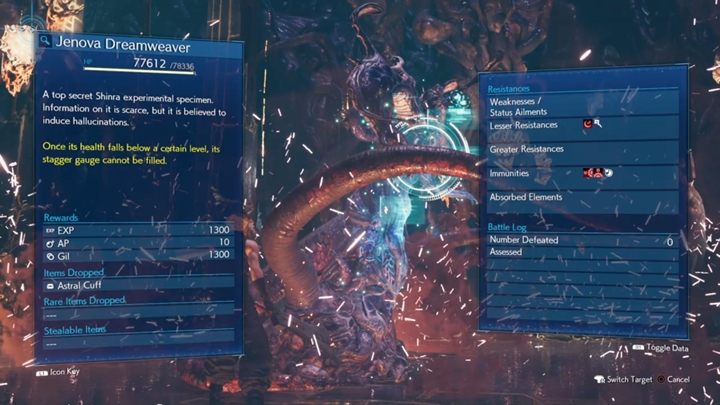 Jenova has 78,336 HP and is a pretty tough boss. The opponent has no weaknesses, though Cloud's sword attacks are really effective. You first have to destroy both of the monster's tentacles. Once you destroy them, you can start damaging the enemy and fill its pressured bar a little.

When you deplete some of the boss's health, it will start to create purple spots under the characters. You have to get out of them, otherwise, the character will be stopped for a short time, which is pretty dangerous in this fight. The opponent will push you away and use several attacks - focus on the tentacles. Let Aerith use Regen on the entire team - beware of the Rejection attack, as it can inflict a lot of damage and even kill characters who have half or even less hp. 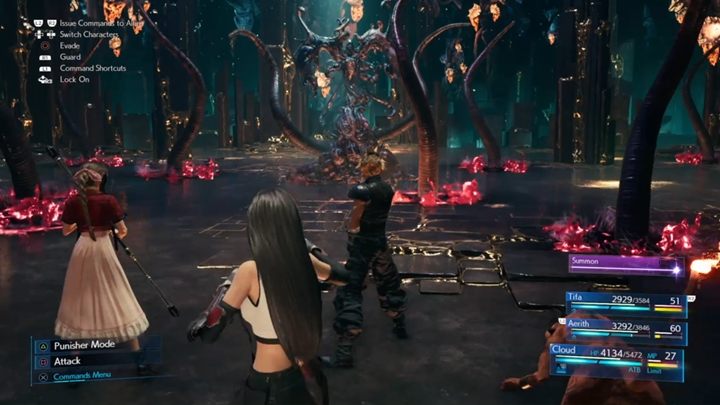 The next stage of the fight starts when the boss summons multiple tentacles. You have to focus on them because the enemy is immune to all attacks. Destroy the protruding tentacles, and when the enemy is exposed for a moment, focus on attacking Jenova. 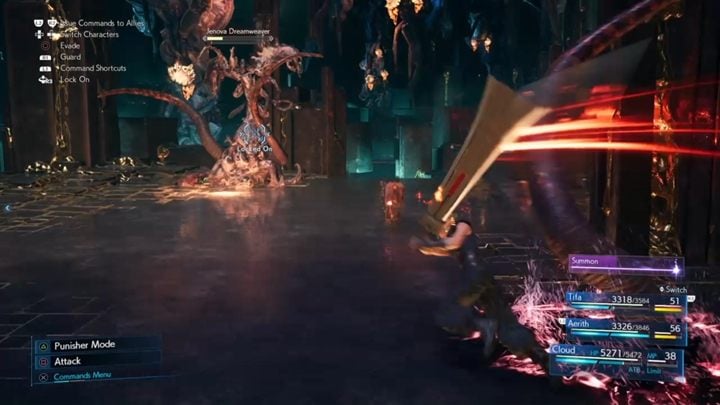 The final stage is a combination of all the previous ones, with the addition of poison coming from above. Attack the boss, destroy its tentacles, and switch to the smaller tentacles in the arena when they appear. Try to leave a Summon for this phase.