This page of the FF7 Remake guide contains a description of the fight against a boss - Specimen H0512. The boss appears at the end of Chapter 16 - The Belly of the Beast. 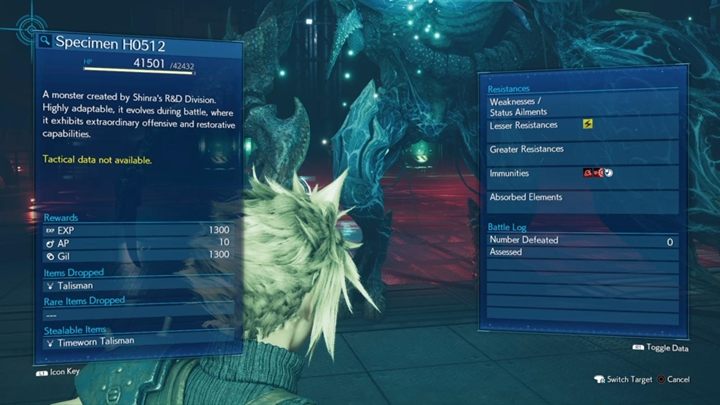 Specimen H0512 has 42,432 HP and no major weaknesses. It is slightly susceptible to electricity. Use Elemental + Lightning Materia on Cloud. 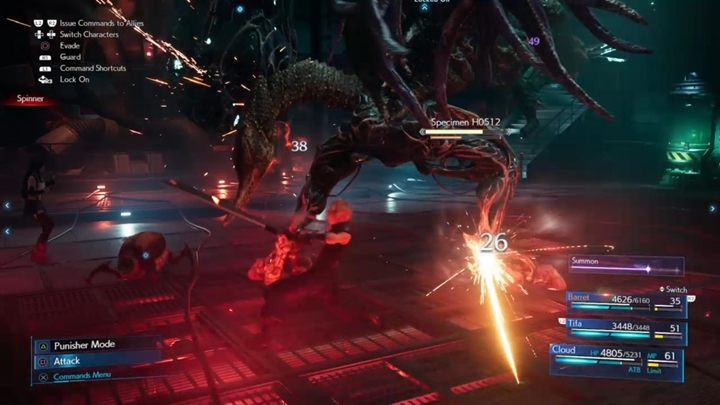 The enemy primarily attacks with slow melee strikes that can be countered by Cloud's Punisher Mode. Focus on attacking the tentacles - they're responsible for the boss' two main attacks: Rend and Seize. The destruction of the tentacles will stagger the enemy for some time making him vulnerable.

During combat, the enemy will utilize regeneration that will restore its lost limbs. Minor creatures will also appear in the arena, which you should exterminate as well, and then focus on the tentacles. Also watch out for its Mako Expulsion, which can inflict a lot of damage.