Valkyrie is the boss who is encountered at the end of Chapter 15 - The Day Midgar Stood Still. The walkthrough for the fight, as well as additional tips can be found on the page below. 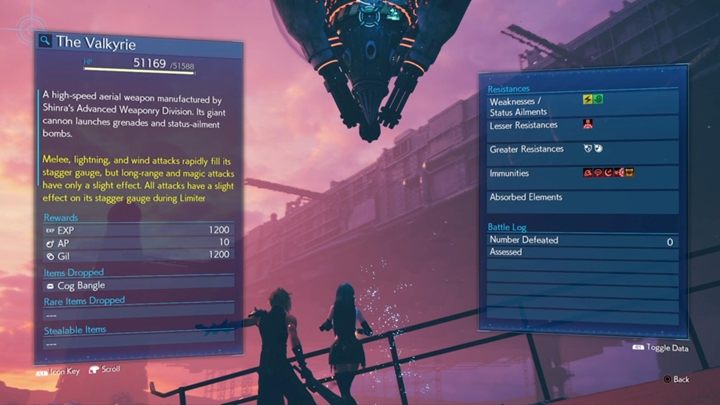 At first, the enemy is high in the air and fighting it is difficult. Better to take some of his health away using Thundaga, for example, to move to the arena below, where it will be easier to fight the boss. Valkyrie itself has classic attacks - machine gun, napalm, bombs, nothing particularly dangerous. Ideally, Barrett would wear Lifesaver and Steelskin and act as a tank to soak most of the incoming damage. 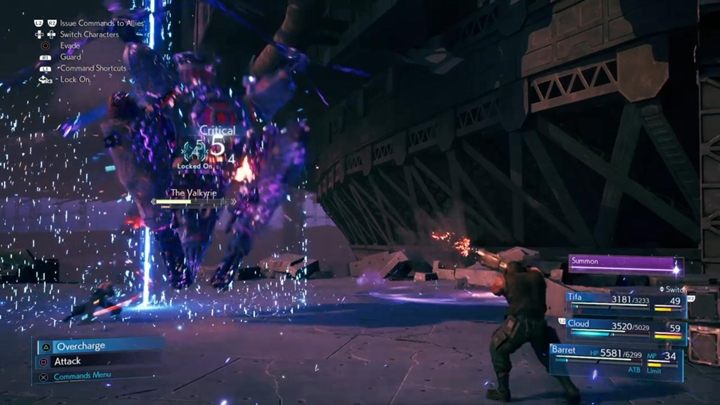 Around the middle of the fight, Valkyrie will also use Limiter and summon a powerful laser from the sky. The laser tracks its target, then it's on it for a while and finally shoots a power beam down. It's worth pointing the laser to hit the boss to deal a bit of damage to it and almost fully fill the stagger bar. This way, you can instantly speed up the fight and easily defeat the boss.