This page of the FF7 Remake guide includes a walkthrough for Failed Experiment boss battle. The battle takes place in Chapter 13 - A Broken World. 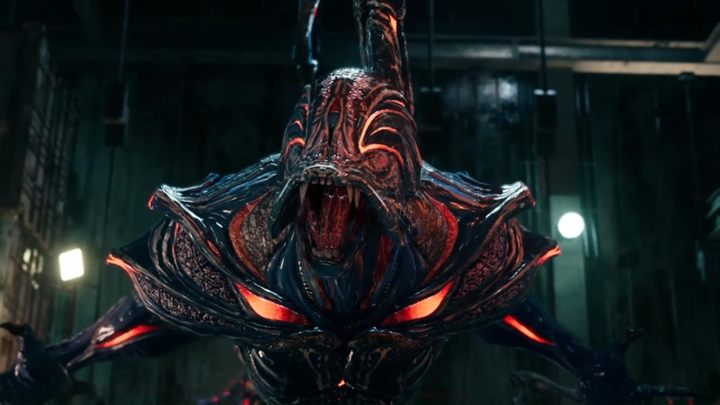 At the beginning of the fight, you need to face a large group of Unknown Entities. The enemies are really weak and their only strength is in numbers. 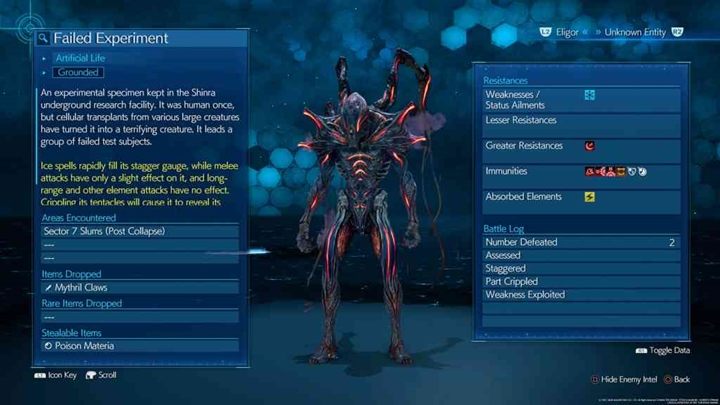 After a while, however, the main enemy appears. The enemy is very vulnerable to ice attacks. Ice Materia quickly fills up its stagger gauge, while standard melee attacks don't do much in this regard. Barret's weapons and other Materia are not very efficient against the enemy, so it is best not to use them. The enemy also fully absorbs electricity.

During combat, focus on his tentacles (Appendage), as destroying them reveals the boss's weak point - the heart. Don't forget about other enemies in the arena, as they, among others, make the main boss more powerful. When an enemy prepares a charged attack (Plasma Discharge) run behind the crates to avoid being hit.