This page of our Final Fantasy 7 Remake guide contains a walkthrough for Chapter 14 - In Search of Hope. Cloud, Tifa and Barrett decide to save Aerith - but they need Corneo's help.

Get out of the room. Go downstairs and outside - you will now meet one of your companions: Aerith, Barrett or Tifa. The played scene depends on your choices during the game. 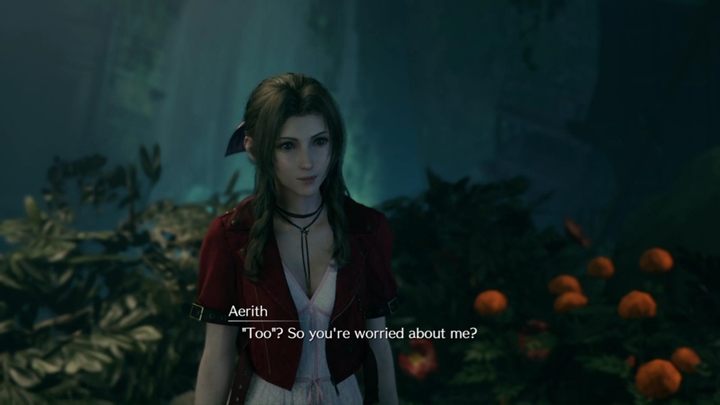 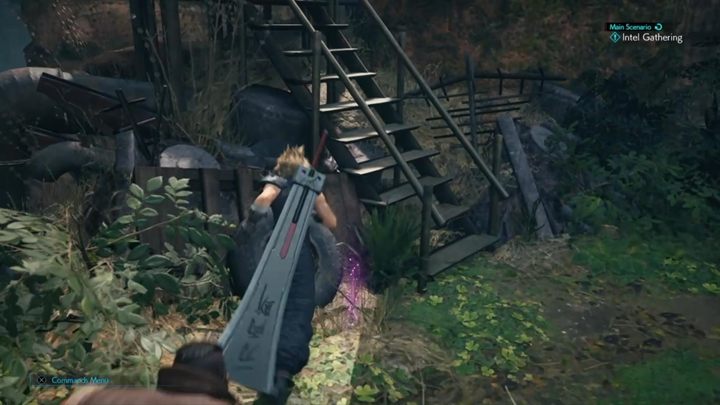 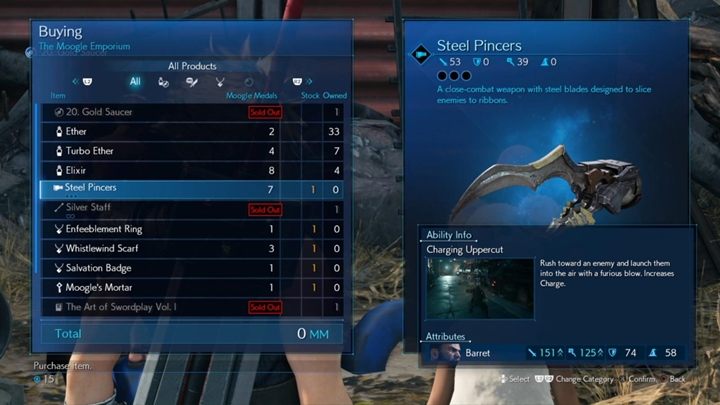 Along the way, you'll come across a Pedometer Materia. It's worth equipping it on one of the characters - as the time progresses, it will change into AP UP Materia. You'll reach a new area - after the cut-scene you will unlock many side missions and a lot of terrain to explore. The walkthroughs for side quests can be found in the separate chapters of the guide. It is recommended to visit e.g. The Moogle Emporium to buy new items for party members, including Steel Pincers - a weapon for Barret. A vendor near Corneo's house offers a new weapon for Cloud - Mythril Saber. Finally, it is also worth visiting the Corneo Colloseum, because it offers completely new challenges.

When you're ready, go to the Corneo estate and meet Leslie there - a man offers to help in exchange for another visit to the sewers.

Through the Underground Waterway / The Hideout 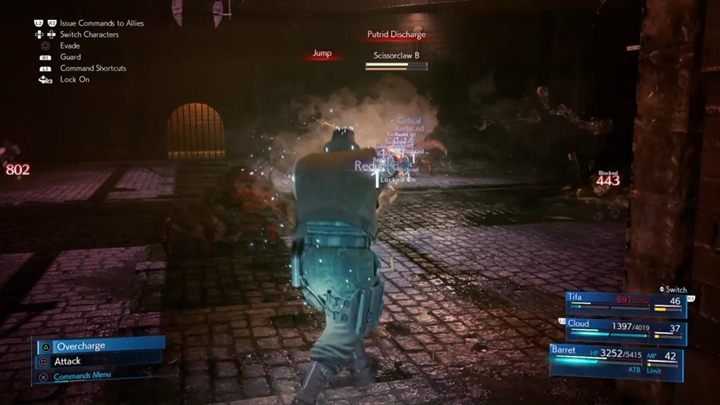 The road is linear and straight, but you'll encounter a lot of monsters. In case of problems, remember to equip Magnify Materia + Healing Materia, to be able to heal the entire team with one spell. 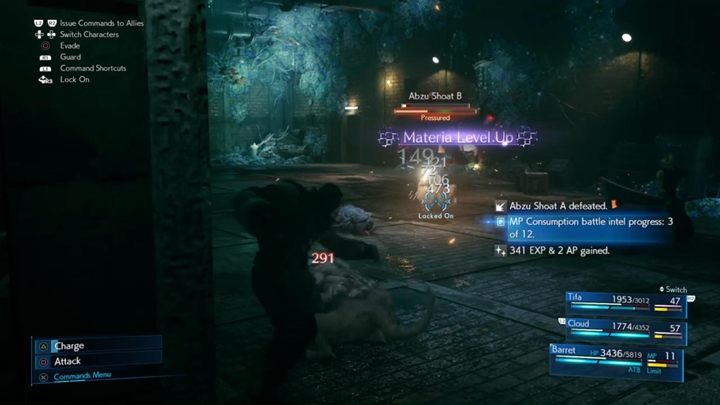 Suddenly, the key gets stolen by a monster. You have to chase it, which is a long, albeit linear sequence. Any time you get close to a monster, it starts to run away, and there will be more monsters in your path. After some time you'll be able to face Abzu Shoat. Defeat him to get the "key" back. 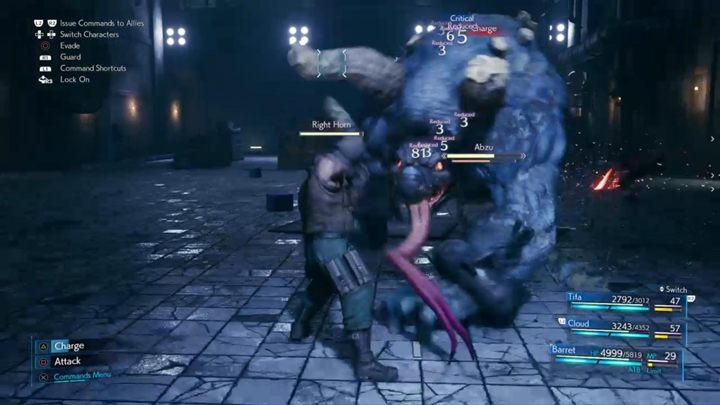 Open the door and follow your companion. Rest on the bench, get supplies and get ready for a boss fight - the second battle with Abzu. The boss fight looks almost the same as the previous one, except you'll have to face smaller creatures which are also found in the arena. The boss encounter is described in a separate chapter of the guide (Chapter 10).

For the Reunion / Over the Wall 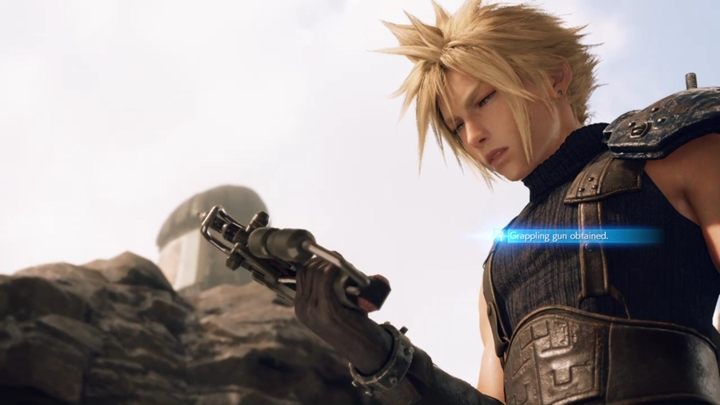 Go to Leslie - after the cut-scenes, you'll be back at the surface. You'll receive a grappling gun that you can use to escape the area and go after Aerith. This is the last moment to revisit the location and complete remaining side missions, fights, etc. When you're ready, go to the wall and cross over to the other side, and you'll end the chapter.