The next boss in Chapter 11 - Haunted is another ghost named Eligor. On the guide page below you will find a description of the fight and advice on how to defeat this opponent. 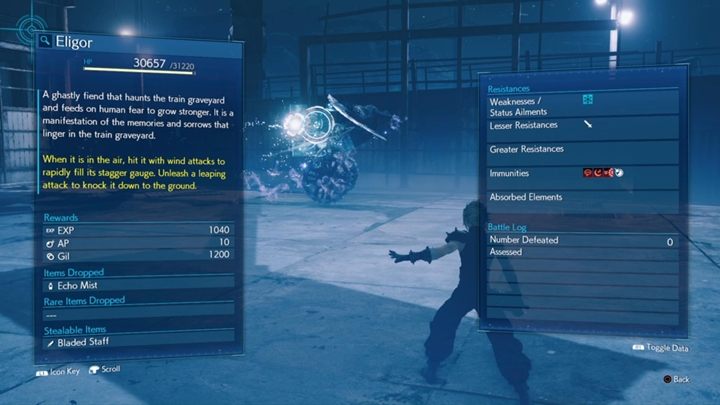 Eligor has 31,220 HP and is vulnerable to ice attacks (Ice matter). The best way to use this element is to equip Cloud with Elemental matter + Ice matter. Attack the enemy from behind, because attacks from the front and side will not have much effect. The technique of repeated barrel rolls behind Eligor's chariot might be the best one in this battle. You just have to watch out for his laser attacks - the Sweeping Gaze, which fires a powerful laser.

If you hurt the enemy a little bit, he will fly over you. You can then cast aero spells to quickly fill the boss's stagger gauge. Aerith's range attacks also work well. Watch out for boss's attacks, wait for him to return to the ground and use summon - Shiva works well in this case. 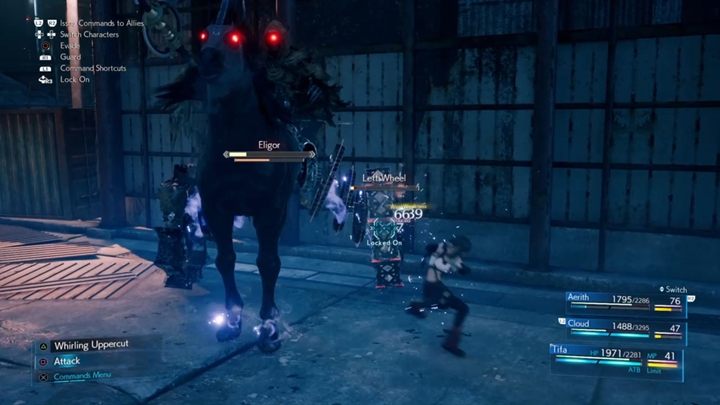 During the last phase of the fight, you have to attack the wheels of the charriot. After destroying them the enemy will be staggered allowing you to mount powerful attacks. Also be sure to use Steal Matterto steal Bladed Staff for Aerith.