On the following page of the FF7 Remake game guide, you can read about the boss fight against Abzu. This opponent is waiting for you in Chapter 10 - Rough Waters. 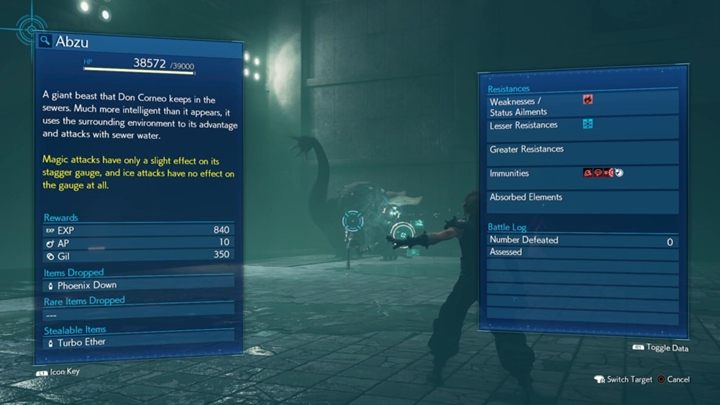 Abzu has 39,000 HP and is prone to fire. Additionally, magic attacks have virtually no effect on his stagger bar, so it's best to start by equipping Cloud with Elemental matter + Fire matter. The enemy in the first phase is not very dangerous and mainly charges at you and jumps on you to pin you down. It's a good idea to switch to Aerith to fill ATB and use healing. 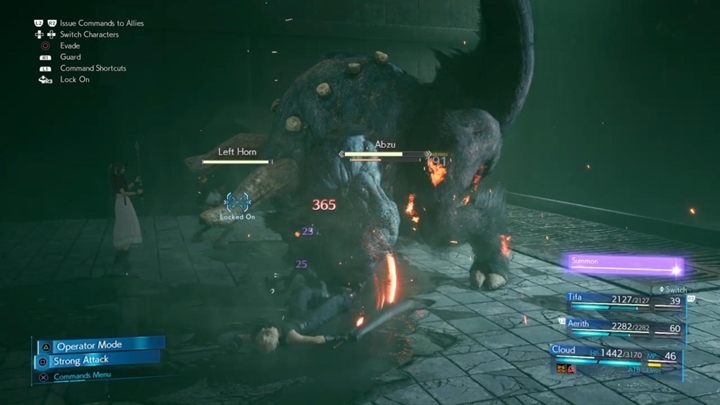 About halfway through the fight, the enemy will use Enrage and greatly strengthen his attack strength. At this point, it is good to call on Ifrit to inflict fiery damage on Abzu. The enemy will jump into the water only to jump out after a while and attack you again. It is good to constantly attack the enemy with fiery attacks, use Punisher Mode, and use Cloud's/Tifa's strong techniques. Aerith should focus on healing and occasionally use Firaga, for example.