Final Fantasy 7 Remake has 18 chapters. It should take you approx. 35 hours to beat it. Also, the title offers many challenges. Our starting tips should make the gameplay easier and help make the adventure with Cloud, Barrett, Tifa and Aerith even more enjoyable. 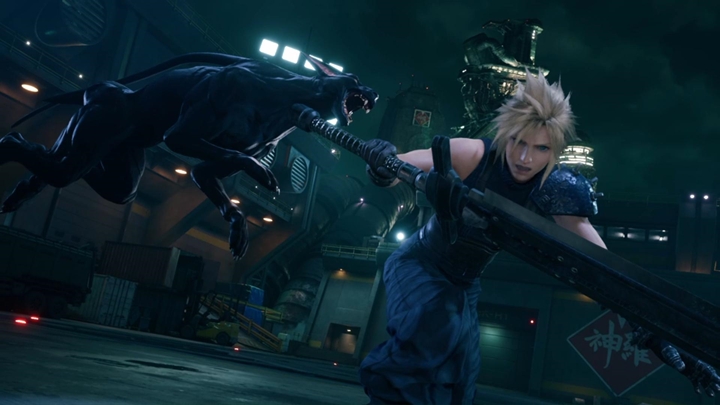 Some of the Materia can be purchased in certain places (mainly Vending Machines) and it is better to buy them in advance, because you may not have the next opportunity. Plus, don't sell acquired Materia - you never know when you will need them.

During the game, you will find characteristic Shinra Boxes. Always try to destroy them because they contain valuable items, restore hp/mp or e.g. Moogle medals.

Although the stages are mostly linear, they sometimes offer some branching paths or hidden locations. It is worth taking a moment to explore all the paths - you will often find new, valuable items including Materia.

Every now and then the characters will leave the team. If you need a specific Materia, remove it from an inactive party member and transfer it to someone else.

It is one of the best Materia in the game. Try to reach its maximum level as fast as possible and give it to Aerith in the later stages to heal the team.

Dodge isn't as good as it might seem, because e.g. it doesn't have an invisibility frame when dodging so you can still get hit. You have to block a lot in combat, especially when playing as Cloud and using his Punisher Mode, which counters enemy attacks.

You can use multiple items

When using an item, hold L1 to use them one by one. This is very useful if you want to heal yourself, for example, with a few potions in a row.

Any weapon for your companions is good

Unlike the original, we don't have weapons that are gradually better than the previous ones. We have fewer weapons here, but each one is useful and has a different development tree. Buster Sword is purely offensive, while Iron Blade is useful when you are planning to make Cloud rely more on Materia and magic. Look for different builds and solutions that suit your playstyle.

Weapons get SP regardless of whether you use them or not.

You don't have to equip weapons to get SP for them. This depends on the level of the character, so you can switch between weapons and experiment.

Each weapon has a unique skill that you can only use when you have a weapon equipped. However, if you use this skill in combat, you will master it (weapon efficiency) and you will be able to use this ability with other weapons. So, as soon as you get a new weapon for your companions, let them master their special ability.

Assess Materia is obtained in Chapter 3 from Chadley. With it, you can check your enemies' weaknesses and other interesting information. All you have to do is scan any enemy once and their information will be added permanently to your database.

Better Materia = easier game. All you need to do is have the Materia placed in your character's slots. You don't have to use them in combat to earn AP and advance to higher levels.

Chadley's Battle Intels are challenges that can be performed on the fly. Always try to complete them, because the next time you meet the boy, he will have more Materia to sell, etc.

Have you missed a side mission or a music CD?

All is not lost! After beating the game, you can go back to a particular chapter and get the missed collectible/mission.