This page of the guide to Final Fantasy 7 Remake has a walkthrough for Chapter 8 - Budding Bodyguard. After the events in the reactor, Cloud falls from Sector 5 straight on... yellow flowers. He meets Aerith, their adventure together begins. 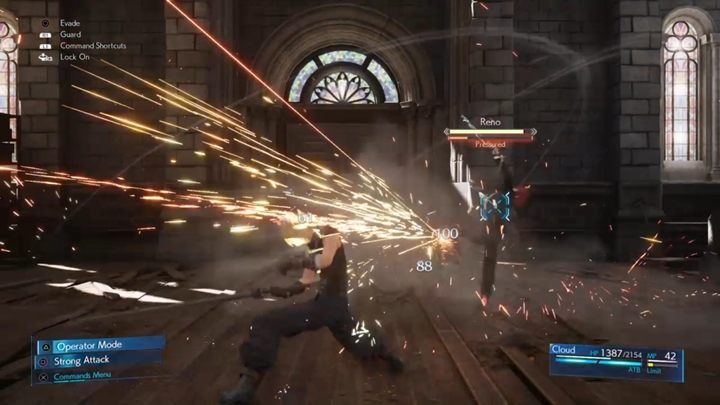 You have to face a boss - Reno. The information about this boss fight can be found on a separate page of the guide.

Escape from the Church 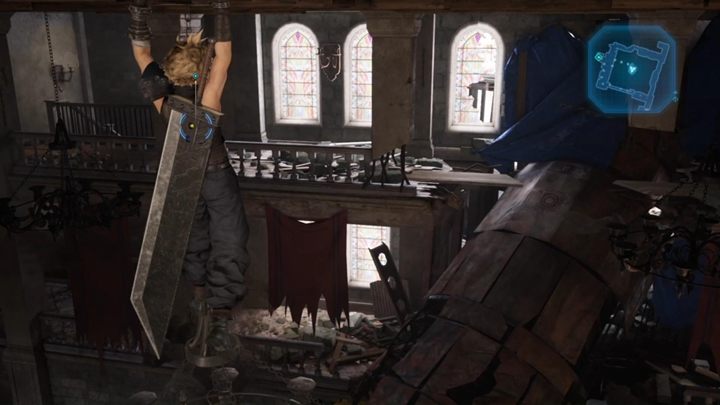 Time to get out of the church. Follow Aerith - you can't reach the room at the bottom of the church, which is blocked by the Spectres. You will be able to get there later. For now, focus on following your companion. At one point, the woman will fall down - approach the ledge without a railing, and Cloud will grab the wooden beams. Go to the chandelier and knock it down. Then join Aerith and follow her.

Head for the Station 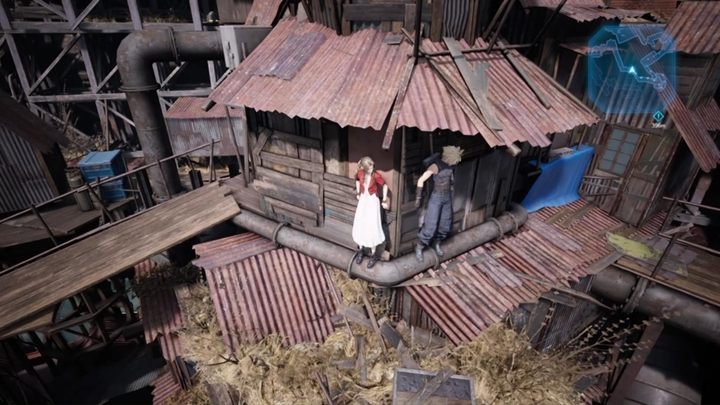 You have to move on the rooftops now. There will be no enemies. Things will change at the bottom when Aerith joins the team. You can e.g. put a few points in her weapon to strengthen it a little. You should also give her Healing Materia - she is the perfect healer for the team. Go with Aerith to the station.

The Station / Through the Backstreets 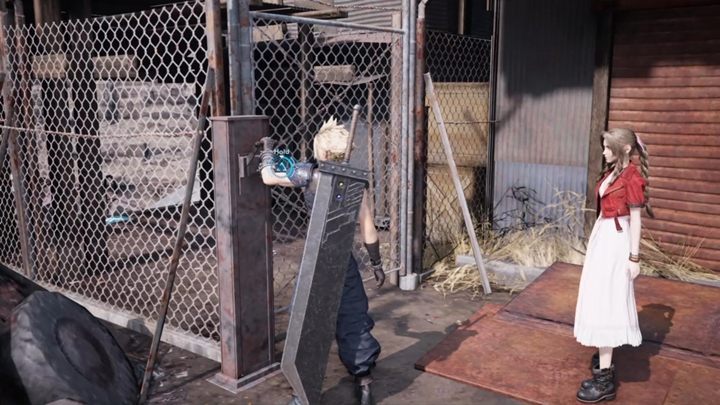 Go with Aerith through hidden passageways to exit the station. At some point, you will reach the gate -it is locked. You will also activate a Discovery - The Gate Won't Open. You can't open the gate right away. Instead, push the chest nearby and follow the passage. 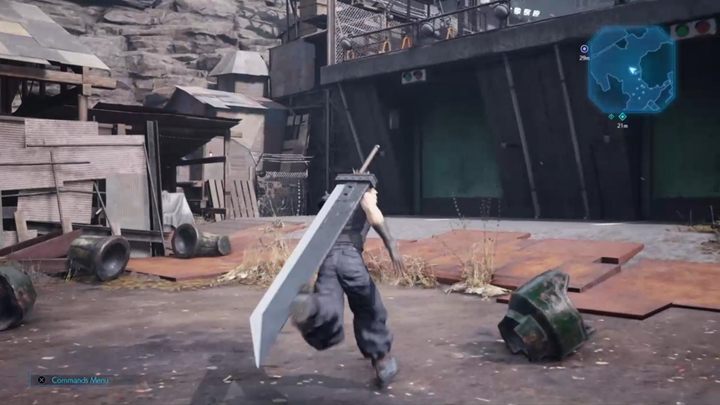 Eventually, you will reach a large square - you can climb up a ladder and open a passage. But you won't get any reward this time - it is just a shortcut. 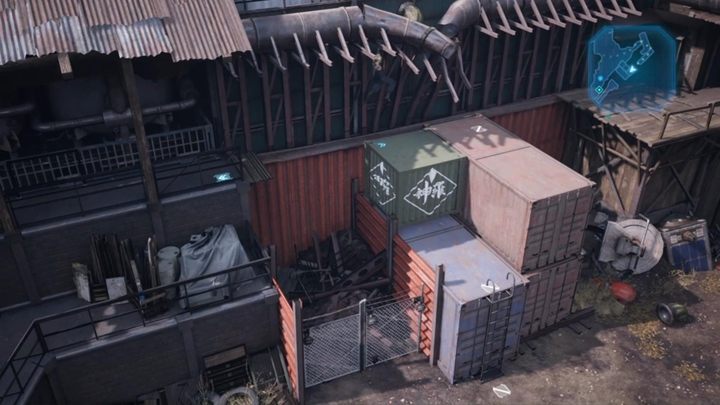 Now walk along the protruding rods further until you reach the gate on the other side - open the passage for Aerith so she can join you. 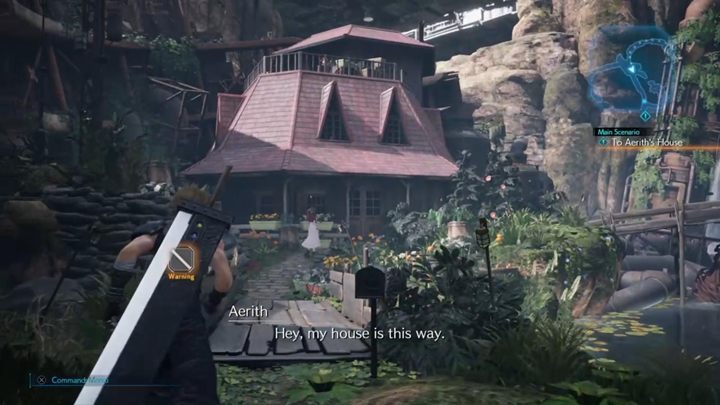 You make it to the next town. Stop and watch the video on the monitor, then go with Aerith to her house. 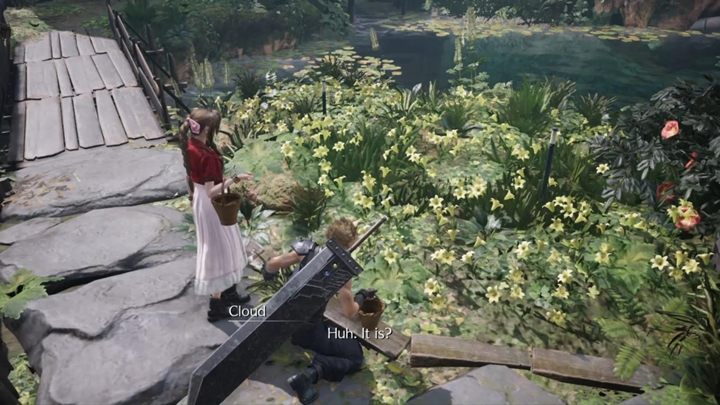 Wait downstairs (or walk around the house) until Aerith comes back with the baskets. Then go with the woman to the meadow and pick up some flowers. Now go with Aerith to the orphanage. You have some free time - you can e.g. explore the city, do some shopping, find hidden melodies, or visit Chadley.

Danger in the Hideout / Escort the Children 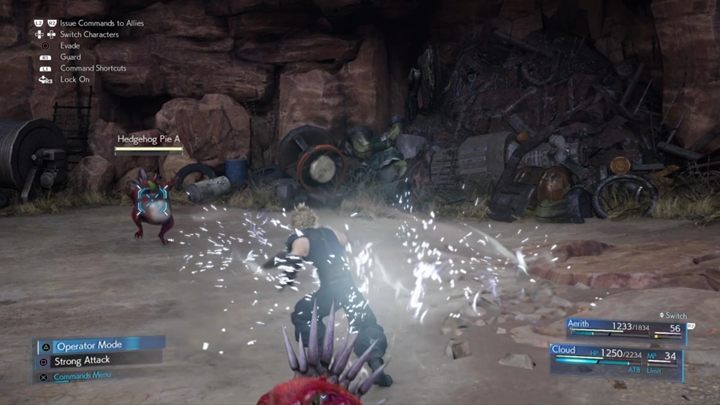 When you are ready, go back to Aerith. After the cut-scenes, the woman will join you and together you will go to the children's hideout. Go to the designated area to find missing children. You will face enemies such as Wererats and Hedgehogs. They are weak but you must watch out for e.g. poison. However, with Aerith's healing magic, you shouldn't have any problems defeating them. A little bit further, you will encounter Smoggers - these enemies have strong attacks and can poison everything around them. They also self-destruct when they die, so watch out! 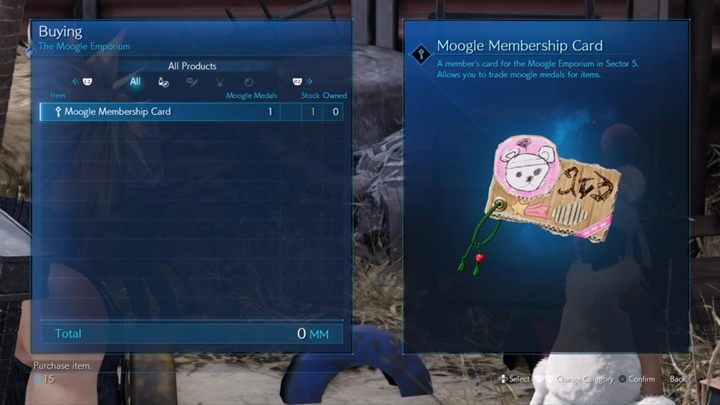 After the fight, go back to the hidden camp with the children. You have unlocked e.g. a Moogle store. Buy a Moogle Membership Card for 1 Moogle Amulet to see available items in the store. You can buy Silver Staff - a new weapon for Aerith, and Graveyard Key, an item related to one of the side jobs.

Requests for the Mercenary 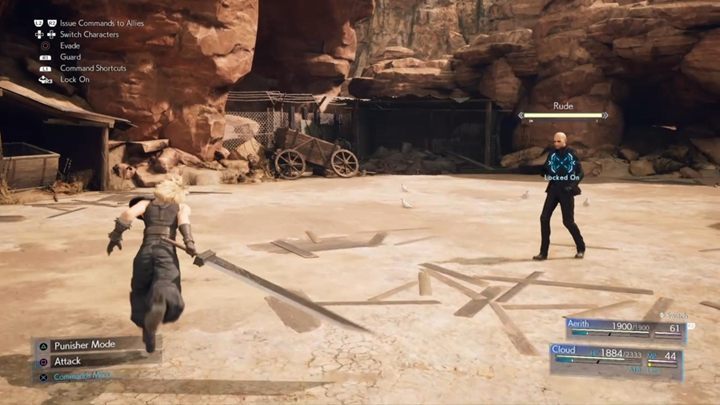 You have unlocked 6 side missions: The Mysterious Moogle Merchant, Kids on Patrol, Weapons on a Rampage, A Verified Hero, The Angel of the Slums, Paying Respects. Try to complete them to get pretty good rewards.

Head to Aerith's house and you will meet Rude - another person hunting Aerith. This boss fight is described on a separate page.

Requests for the Mercenary / The Price of Strength 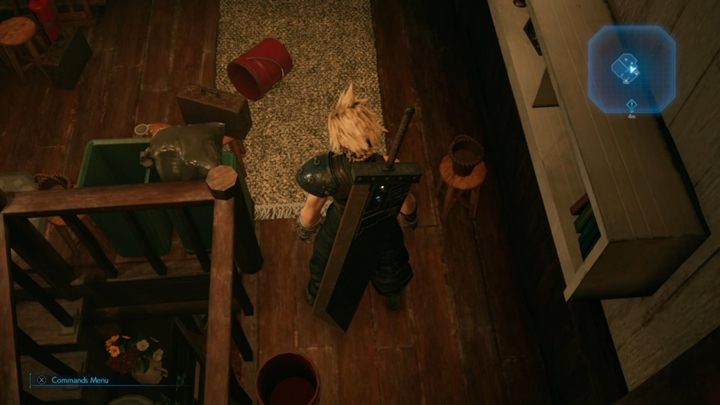 Go to Aerith's house. Before you go inside, try to complete all side missions, because you won't be able to go back this area anymore. After the conversation, you wake up in bed - you have to leave the room and go downstairs. Don't knock down any object in your path. Otherwise, Aerith will tell you to go back to bed. Set the camera from the top and walk slowly, avoiding objects. 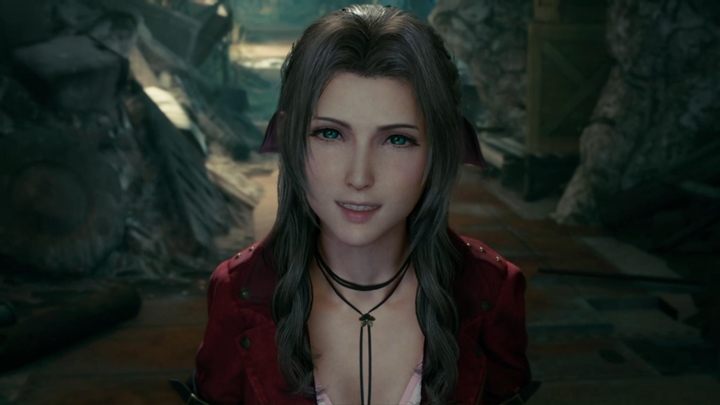 Then head for the district's exit. Aerith, however, has seen through your plans and wants to help you get back to the Slum. This ends chapter 8.