After a spectacular escape from the city, Cloud and the others reach the Slum. This chapter of Final Fantasy 7 Remake is less action-packed than the others, as there is plenty of exploration and side-missions. Below you will find a walkthrough for Chapter 3 - Home Sweet Slum. 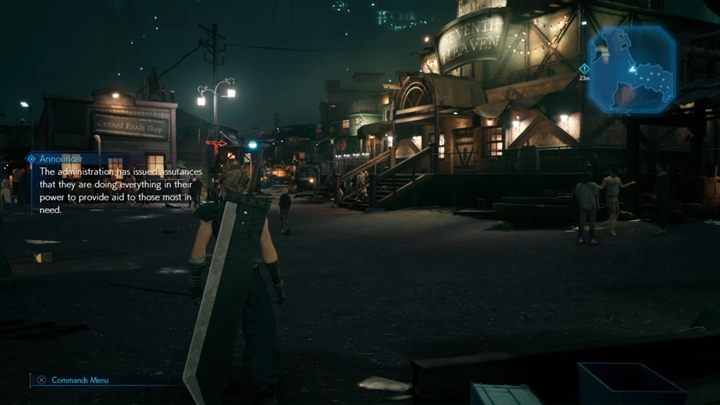 Time for exploration of the slums. You can easily move around the city and e.g. look at the details of the slum district. Your main goal is to go to Tifa, Cloud's childhood friend. Talk to her in the bar, then follow to the apartment. Go to your room and use the bed. 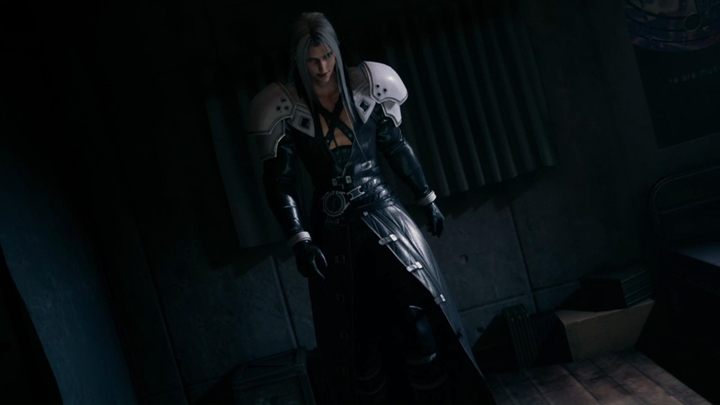 At night, you will hear suspicious voices. Go to the next room, and you will have another vision of Sephiroth.

Life in the Slums 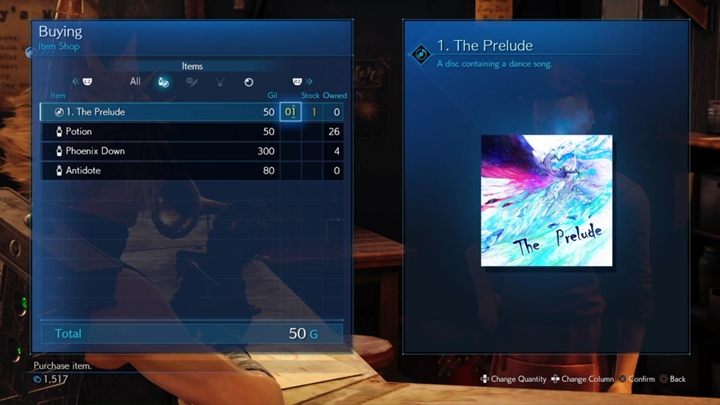 After the visions, go downstairs and talk to Marle. Run to Tifa's place and talk to her - you will go to the town together. The first trader sells e.g. the first music CD 1. The Prelude. Discs are hidden musical collectibles that can then be played on in jukebox machine. Their list can be found in a separate chapter of the guide. 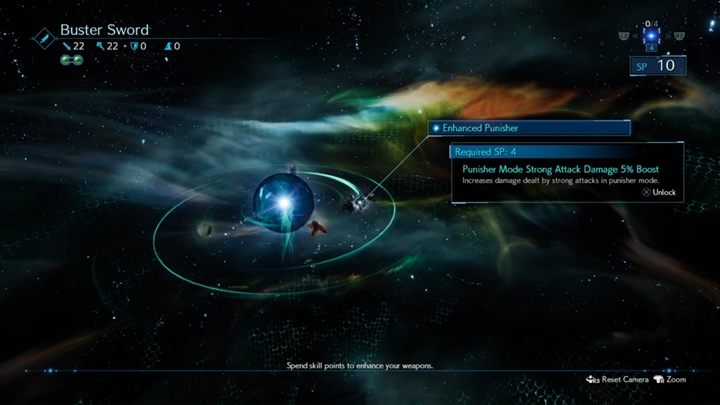 Follow Tifa and talk to the NPCs. After a while, Biggs will ask you to help him fight the monsters. Before that, you will learn how to upgrade your weapon and unlock more powerful techniques and character upgrades. Now go to the designated place and fight the monsters. You are accompanied by Tifa - she fights in close-combat and is very fast. After that, go back to the comrades.

A Job for the Neighborhood Watch 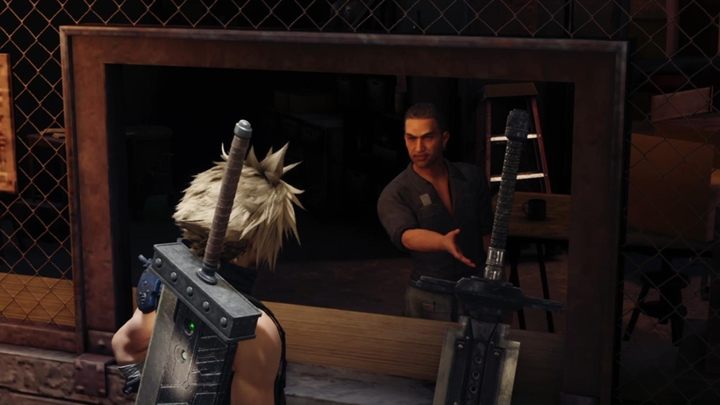 Go to the weapons merchant and you will get a new weapon for Cloud - Iron Blade. The weapon has less attack than Buster Sword, but its abilities are more focused on enhancing Cloud's magic potential. Equip the weapon and master Triple Slash special ability. This attack deals three powerful slashes to a single enemy or multiple targets around Cloud. Very useful! 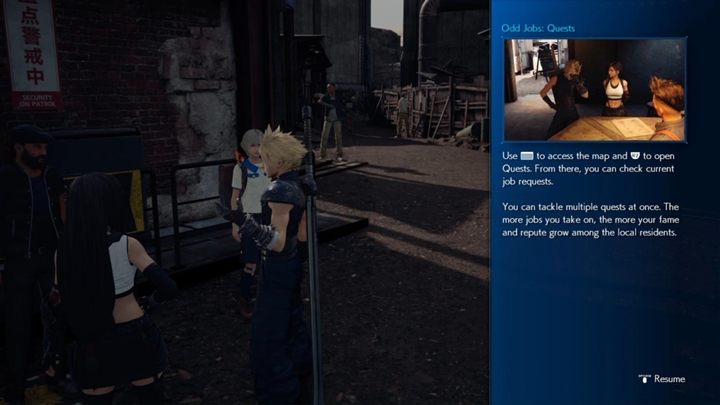 A bit further, you find a few characters who will give you Odd Jobs: Quests - side missions. These are side jobs you do for the people in the city. The Slums have the following missions: Chadley's Report, Rat Problem, Nuisance in the Factory, Lost Friends, On the Prowl, and Just Flew In from the Graveyard. Their descriptions can be found on separate pages of the guide. 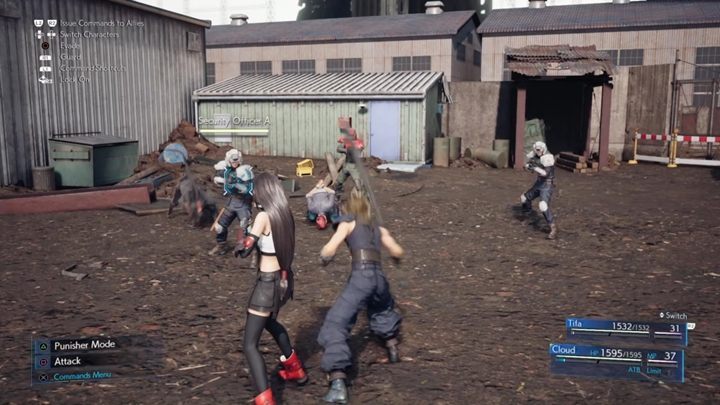 You will see a bunch of people in the middle of town. Follow the captured Johnny. You must save him from Shinra's troops. There are many enemies here. 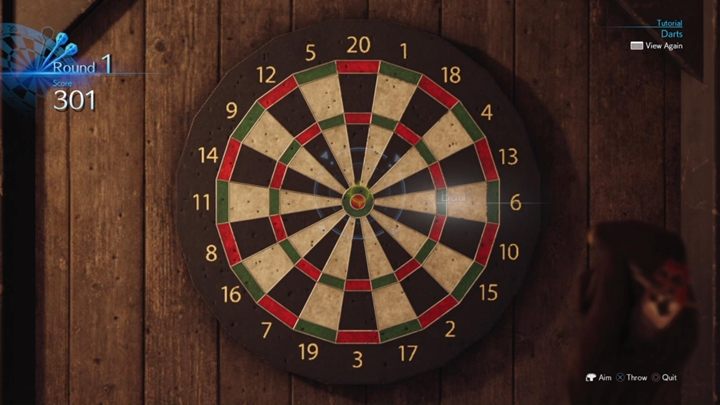 After the fight, go with Tifa to Seventh Heaven. When the rest goes talk about the strategy, you can kill time by e.g. playing darts. When the others return, you find out that Cloud won't be joining them on their next mission. Leave the bar. 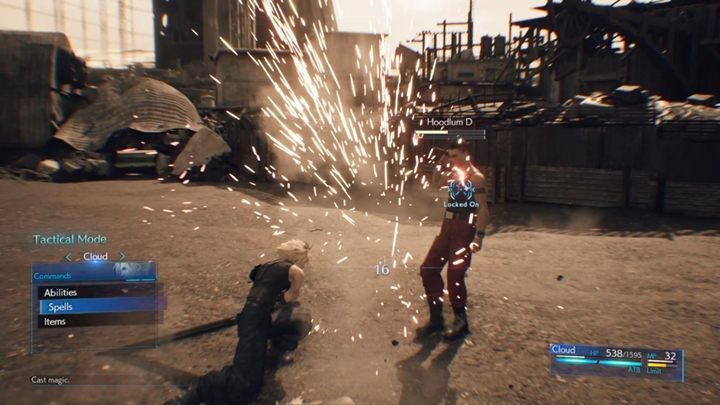 You meet a bunch of thugs outside. Talk to them, then go to a more secluded place. As you might have guessed, you are in for a fight with a bunch of enemies. Go back to your apartment and you will meet Jessie - she offers you a new job. 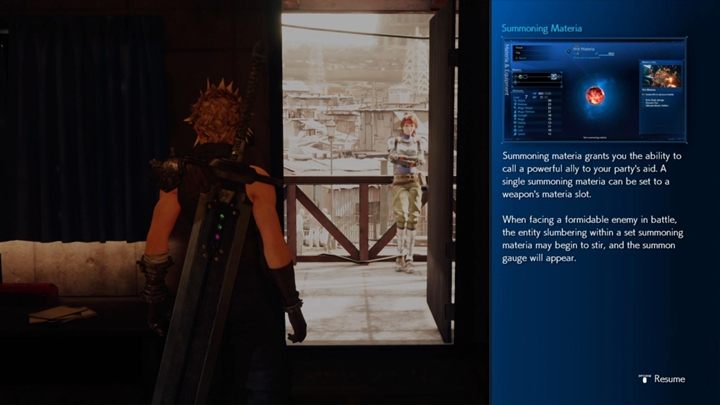 Jessie will briefly discuss the next goal of the mission and give you Summoning Materia. With its help, you can summon Ifrit during particularly challenging fights. Be sure to equip Cloud with this new Materia. Talk to Jessie to finish this chapter.