This page of the FF 7 Remake guide has a walkthrough for the second chapter - Chapter 2 Fateful Encounters. This is still the beginning of your adventure with Final Fantasy 7 Remake, where Cloud and the others form a deeper bond during the escape.

Use the Escape Route 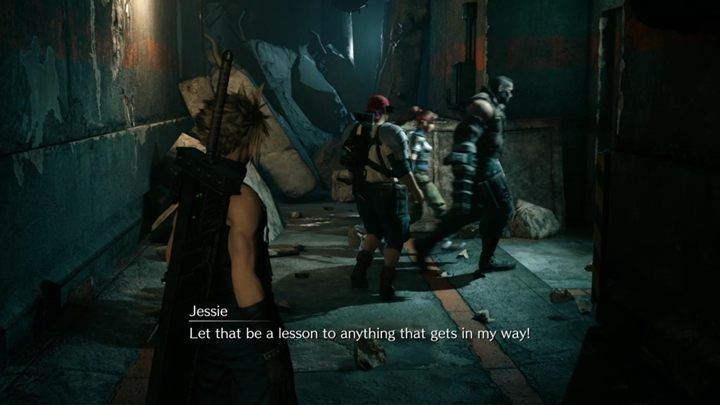 You end up in the sewers. Follow Barrett, Jessie, Biggs and Wedge to the exit. Open the boxes found on the way. After a while, Jessie will give you Healing Materia. You unlock a new spell - Cure. The skill is useful in combat - the game will teach you how to use the Materia system. 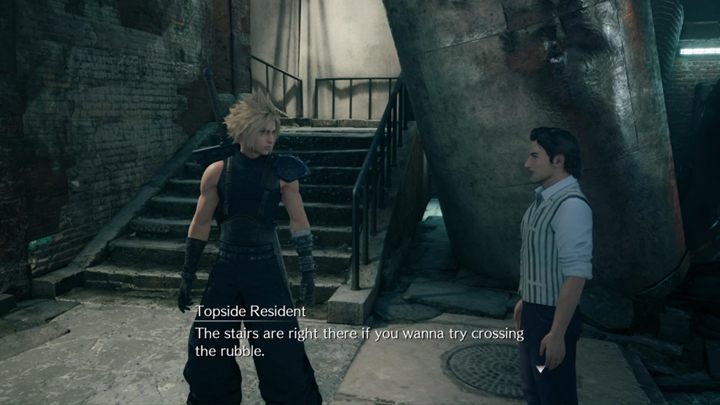 Now you have to get through a ruined district. Use the stairs to walk through the rubble and move towards the station. After a while, Cloud experiences a vision of a mysterious character. 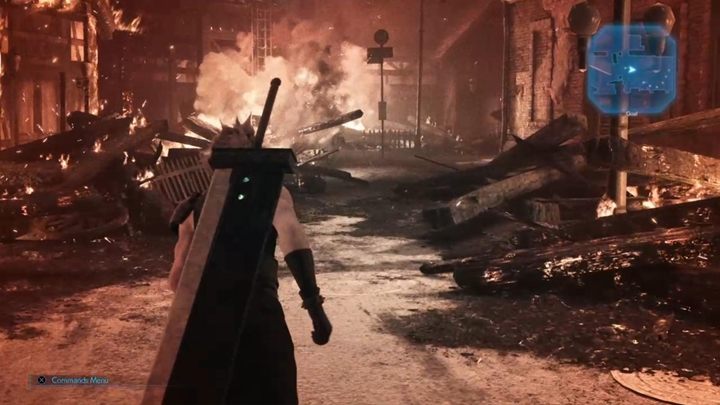 Slowly, follow the man. You will have a brief conversation with Sephiroth. 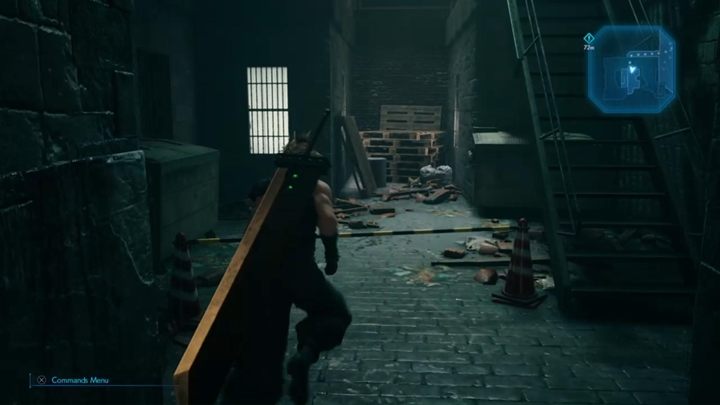 Get out of the alley and run towards the mission's destination. Enter the alley and take the stairs to the roof. Go down the other side of the street and run down it - you will trigger a cut-scene. After that, you are going to have a fight with security officers. Attack as Cloud and, if necessary, use Cure to heal.

Evade Pursuers / Flight Through the City / Break the Blockade 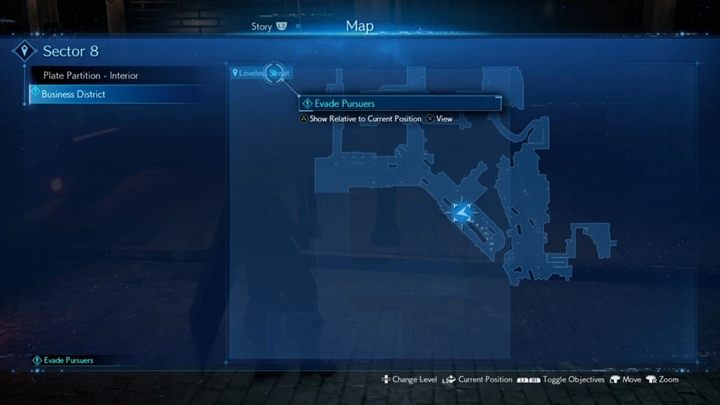 It is time to leave the city. Before you run any further, go to the place indicated above to find e.g. HP Materia and Moogle medals in chests. 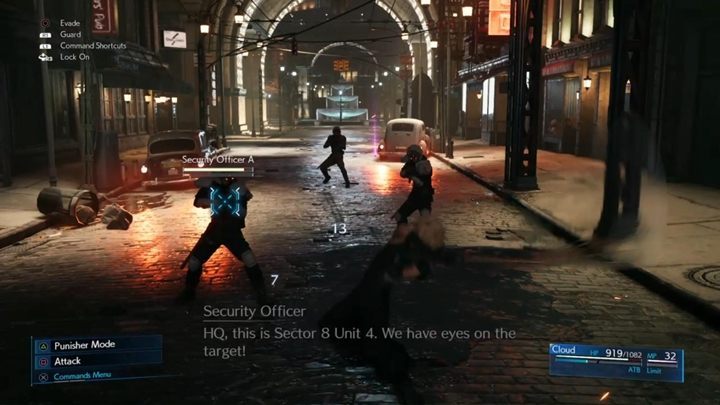 Don't try to chase Aerith because the passageway she was running through is closed. Run towards the city center and fight the soldiers. On the way, you will find e.g. Deadly Dodge Materia. There are a lot of enemies around the fountain. After it is over, go up the ladder, walk down the wooden planks and come down on the other side. 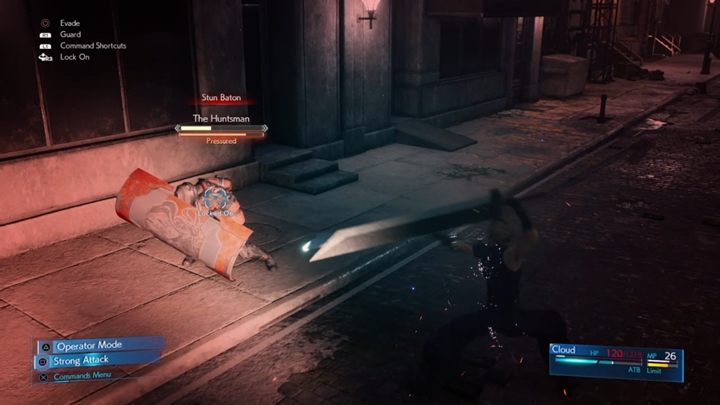 Time for defeating more enemies. Eliminate them and keep walking down the streets. Along the way, you will come across e.g. enemies with shields - The Huntsman. It is best to use special skills and counter their attacks with the Punisher Mode. 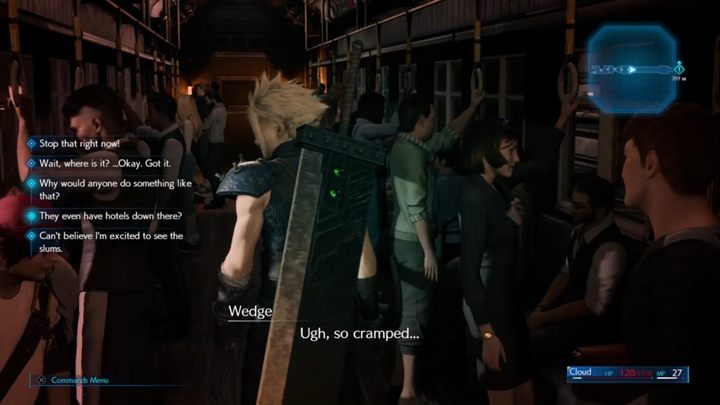 The last section of the chapter is a short walk through the train and a conversation with companions. Get to Barret and watch the ending cut-scene of this chapter.